Flowking Stone, the "Go Low" hitmaker, will be performing tonight at Empire Lounge located at Hamburger str. 209  Hamburg, Germany 22083.  Upon arriving Hamburg, Germany, the Ghanaian star came  straight to the studios of  Radio Topafric to explain to his fans why he almost missed his Hamburg concert.

In the video interview, he explained what happened and how he rectified the situation and eventually made it to Hamburg, Germany.  Watch the video below and listen to his explanation.
He urges his fans to show up in their numbers tonite because he will be rocking the stage at the Empire club.

Presenting a biennial report on integration on Friday, the government's integration
commissioner painted a positive picture of improvements made in Germany in recent years.
“In terms of participation and integration we’re on the right path in Germany,” Aydan
Özoguz concluded in remarks on the report titled "Participation, equal opportunity and developing rights in immigrant country Germany."
“Children with immigrant backgrounds are much more likely to go to kindergarten, more
teenagers are getting higher school qualifications in comparison with five years ago, employment among immigrants is up,” she said.
The report details how in 2015, 17 percent of children from immigrant families completed an Abitur, the university prep exams taken at the end of high school. This was an increase from nine percent in 2010.
The percentage of children from immigrant families with a final school qualification also rose from 38 percent to 43 percent.
There are 17.2 million people who live in Germany with an immigration background, 21 percent of the total population and 1.8 million more than in 2014. Around half of them hold German citizenship, while most come from Poland, Russia or Turkey.
But the Social Democrat politician added that chances of success later in life were still
heavily dependent on whether a child has an immigrant background.
People with immigration backgrounds are still twice as likely to live in poverty as those with no immigration background, a fact which has remained unchanged for years, Özoguz noted.
“Also, even if the number of people with migration backgrounds in employment has risen from 7.54 million to 7.72 million, unemployment is now almost three times as high among immigrants as it is among German citizens.”
Özoguz also pointed with concern at a heated public debate surrounding the alleged
dangers that have arrived with the almost 900,000 refugees Germany took in during 2015.
Taking aim at the far-right Alternative for Germany (AfD) party, Özoguz said that the party had ridden on the back of refugees “to create opinions that don’t always correspond to the truth."
She emphasized that, while the fears of certain people in society shouldn’t be condemned outright as racism, there are people “who are trying to create the image that criminality will rise if more refugees come here.”
The reality is that there are significant differences between different refugee groups, she said, adding that "at the moment there is as good as no criminality among Syrian refugees.” 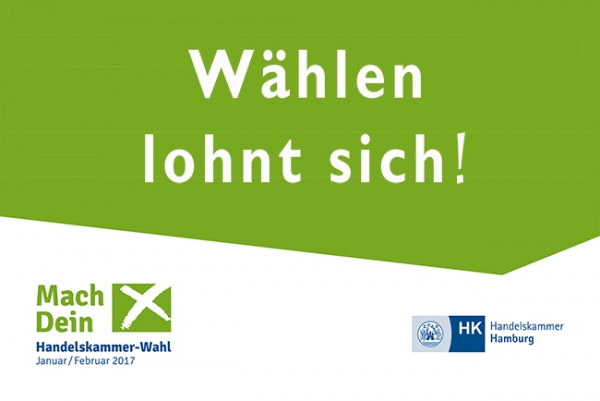 Never in the history of Hamburg has the Chamber of Commerce (IHK –Industrie und Handelskammer) voting been so important. We are encouraging every one who is eligible to vote not to throw away the voting cards they will receive via post.

The future of our businesses and our childrens livelihood depends on how you cast your vote today. The voting documents have started arriving in your letter boxes.

Those who are not well informed about the voting pattern can contact me onThis email address is being protected from spambots. You need JavaScript enabled to view it. or call me personal on 017632140550 for clarification. PLEASE DON’T THROW THE VOTING PAPERS AWAY….. 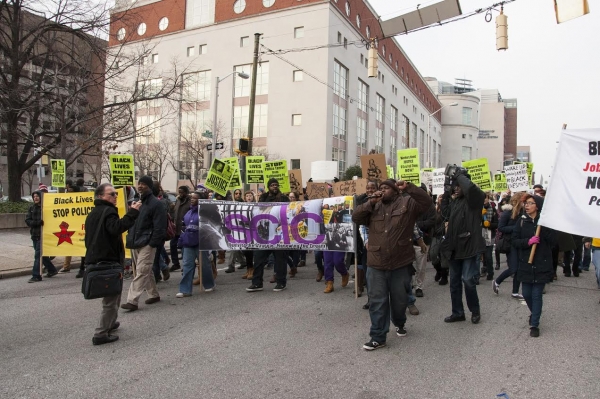 On Wednesday, 1. February 2017, an African was shot by Hamburg police at Bremer Reihe near Hamburg main train station. Different sources and witnesses say, the Black man was under influence of alcohol during the shooting. Other circumstances are not clear yet. However, some Hamburg police has become highly aggressive and uncontrolled with the manner they approach Africans.

There are many reports which prove how the police in Hamburg has developed an aggressive energy of mistreatment and violence against Africans at Hafenstraße, St. Georg, Bremer Reihe etc. We want to remind you of Africans like Oury Jalloh, Jaja Diabi and Laya Condé who all died at the hands of a racist German police . The brutality and killings of these Africans by German police without any legal consequences should not allow to encourage Hamburg police to start the new method of shooting at Blacks.

*Lampedusa in Hamburg and other anti-racists groups reject these violations of human dignity and respect!*
This is a vital and amiable call to the civil society: Let us rise against police brutality, violations of human rights and mistreatments of Africans!
Show your dear solidarity and be part of this demonstration! Let us all stand up and stop this unjust Hamburg police attitude! 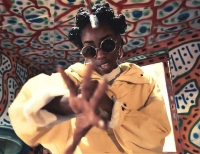 The opening scenes of the music video for “Bist du down?” the breakout single from German R&B star Ace Tee, looks like something out of an ’90s hip-hop party: Guys and girls dressed in cool streetwear looks dance against a graffiti-covered landscape. “We’re not really allowed to hang around there,” says Ace Tee, whose real name is Tarin Wilda, of the location—under train tracks in Sternschanze, a trendy Hamburg neighborhood. It’s a raw, unbridled energy and style that harkens back to a different era, one that’s been getting major buzz on YouTube in the weeks since the video dropped.“I was inspired by TLC’s ‘What About Your Friends’ video,” Wilda says. “I wanted to create a new kind of ’90s mood, to inspire people to be happy and to get down with honesty and love.” She adds, “There are a lot of great artists in Germany right now, but the vibe is a bit dark and we are known mainly for Trap music. I want to put R&B on the map here and create my own sound.” Everyone in the music video, Wilda included, brought whatever they wanted to wear to set, with the singer rummaging through the pile of thrift-store jackets and baggy jeans to piece all of the accidentally brilliant looks together.There’s the oversize yellow parka, purple trousers, and gold door-knocker earrings (which Wilda says she stole from her mom who is Ghanaian—“Those earrings are everywhere there.”). In one scene, she’s dressed in a knee-length denim skirt and white mock-neck crop top and in another, a gray Fila sweatshirt. “I’ve always dressed old-school,” the singer says of her everyday street style. “I don’t wear skinny things, which can seem weird to the typically tailored, luxury-obsessed people in this country, but I feel more comfortable in tracksuits and boxy clothes.” 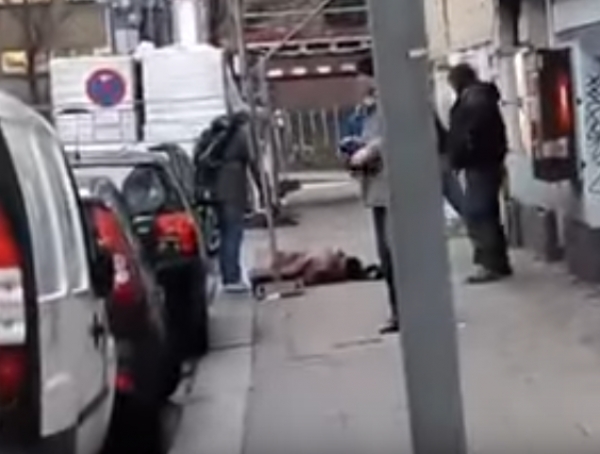 What Happened
According to eye witnesses, the victim, Augustine Akwesi Obeng, a Hamburg civilian, who hails from Boukrom-Kumasi,  Ghana, was drunk at that particular moment and highly disorderly.
A Hamburg police officer in civilian clothes approached him and that was when all hell broke loose.

The eye witness stated that he saw the police officer spray what looked like a pepper spray in the direction of the victim which had no major effect on the intoxicated victim.

Then the eye witness said he saw Akwesi Obeng lunge towards the plain clothed police officer with what appeared to look like a knife.

The eye witness then said even though Mr Augustine Akwesi went down on his knees after the first shot, the officer proceeded to shot him two more times.

Eye witness said the officer shot him twice around his mid and upper body sections.

Aftermath
The vice president of the Ghana union, Mr George Kubi, contacted the Chief of Hamburg Criminal Police division, Mr krupper to get more detailed information but was not afforded any further info on the outrageous incident.

The victim who layed down on the street in unbearable pain was later rushed to the hospital where he is stated as being in critical condition.
Story by Michael Duah 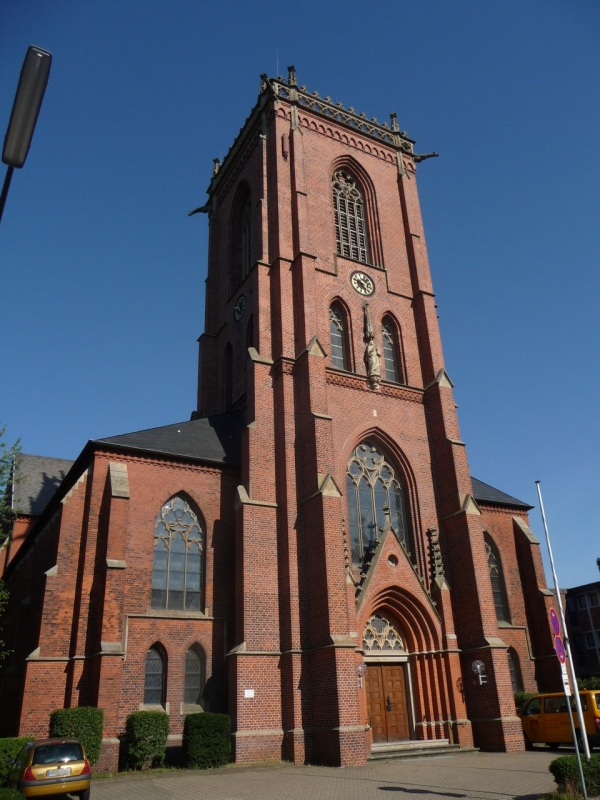 Aside the spiritual renewal churches provide to their members, they also contribute immensely to the social life of the Ghanaian Community. The euphoria after the church service, as people chat with their friends, is a pleasant scene. Despite these benefits provided by the church, they are not doing enough towards the development of the Ghanaian Community in Hamburg.

Problems linger within the Ghanaian circle in Hamburg in the context of community development that the church does absolutely nothing about. Many Ghanaians in Hamburg have lower status in Germany because of their employment. These issues can be addressed by improving the educational and professional situation of second-generation of the Ghanaian community. To undertake such projects requires institutions with established structures such as the church, however most church policies and projects does not address these issues.

The developmental policies of big Ghanaian churches in Hamburg such as the Ghana Catholic Mission Hamburg and Ebenezer Methodist Church are focused in Ghana. These big churches, with such potential to lead in the development of the Ghanaian Community in Hamburg, remain blinded to the gradual retrogression of the community. The activity of church leaders towards the wellbeing of the Ghanaian who was recently shot remains to be seen.

Interviews of Ghanaians captured in the recent report by Deutsche Gesellschaft für Zusammenarbeit (GIZ) reveal development of negative views of Churches. One of the interviewees feels church is an avenue to make money. ‘The incredibly large number of church communities are fragmented. Two or three years ago, Hamburg was said to have 90 church communities. But they always manage to find an astonishing number of members (...) that is also an economic factor, they are profitable. We went to one of them, it was just a money collecting machine.

Who does a mother expect to feed her kids, if she keeps giving all food stuffs away? It is time for the Ghanaian Churches to take care of their own in Hamburg. It is time to improve our educational and professional situation collectively and strategically. Church leaders shouldn’t forget that the great Martin Luther King was also a clergy man who paid his dues to the black community development in USA. If the churches’ will is stirred, they shall find a way to do so. After all, it is written: “We can do all things through Christ who strengthen us”