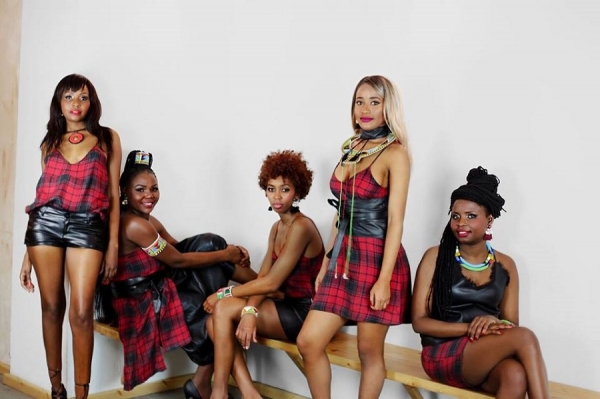 The event bringing together Kenyans from all parts of Germany to celebrate their beauty queens will be held on 29th April 2017 at the RED Ballroom, Genthiner Straße 20, 10785 Berlin.

The mission of Miss Kenya Germany “is to empower the ladies who are joining the pageant to become more aware and responsive to the problems of the society they live in.”
The event will feature an African fashion show and Kenyan foods and drinks and a champagne reception.

DJ Aisher Philly, the only Kenyan female DJ in Europe and DJ Ras Jamaika will make sure the guests enjoy and dance to latest Kenyan and African music.
Miss Kenya Germany 2017 will be hosted by Mercy Odhiambo, Founder and CEO at Maslarose
Dress code: your favorite cocktail dress. No streetwear. 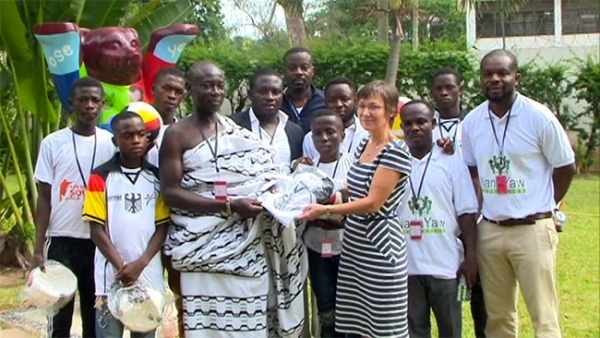 THE Nana Yaw Foundation, a nongovernmental sporting agency, has received sporting equipment from the German Embassy at a ceremony in Accra. The items which included jerseys, footballs, football pumps, shin guards and anklets are to support the youth of the Kintampo South District to discover and harness their talents.

The Secretary in charge of Commerce at the embassy, Gesine Spatz, expressed the hope that the items would be put good use and for the benefit of the indigenes of the Kimampo South District. She said the embassy was prepared to support the foundation and other well¬meaning civil society organisations in the country.
The sporting equipment donated are jerseys, footballs, football pumps, guards and anklets Nana Yaw Konadu, who establised the foundation, with enrollment currently around 80 youngsters, said it was formed to combine football and education by ensuring that the youngsters attended school and later returned to training after classes.

He explained that the foundation, with support from the German Embassy, helps the youth of Kintampo South to acquire life skills when they leave school to engage in meaningful economic activities.
Nana Yaw Konadu
Business executive
P.O. BOX 283 Abeka
Accra/ Ghana 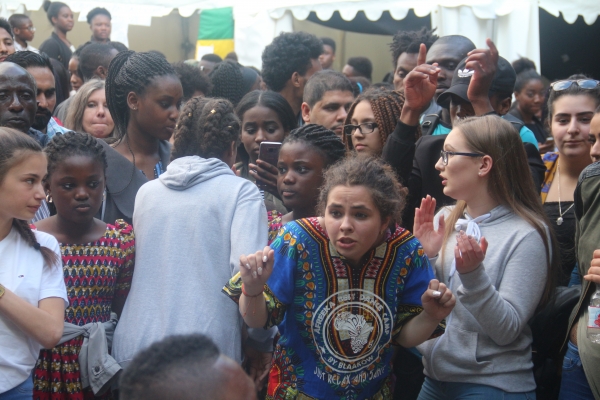 Thursday, May 25th 2017, was the first day of the Annual Africa Day festival which is held at the Wandsbek Markt Platz and it was fantastic.

The venue was parked, people walked in and out of the venue which is plastered with different tents full of African culture, food, drinks, and entertainment.

Nana Konadu Agyeman Rawlingsd, wife to former president of Ghana, Jerry John Rawlings, graced the occassion with a speech encouraging Africans to mimic the positive characters of their German counterparts.

Kids were all over the place jumping around and having fun. Although the stage was not blessed by a lot of artists, the atmosphere was full of merriment and enjoyment.

It is always good to see people of different colours and cultures come together as one people.

The festival continues until Sunday, May 26th, 2017. If you are in Hamburg, endeavour to stop by Wandsbek Markt and join in on the celebration. 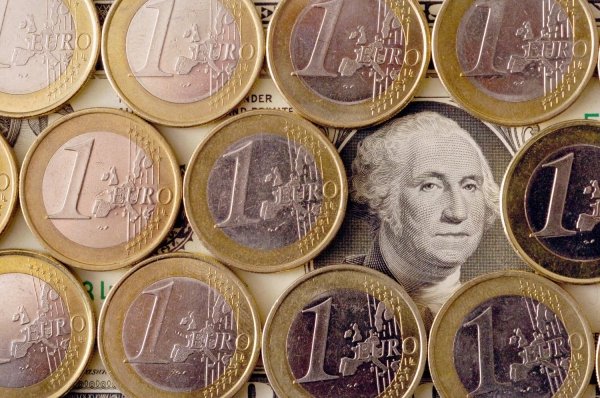 As the relationship between US President Donald Trump and German Chancellor Angela Merkel appears to be getting tense, here are some things you should probably know about their countries' economic relationship.

A brewing diplomatic crisis between the United States and Germany has its roots in President Donald Trump's frequent criticism of the large US trade deficit with the European economic powerhouse.

Here are some key facts about the economic relationship between the two countries:

The US trade deficit in goods and services with Germany in 2016 fell to $67.8 billion, due to a 0.7 percent increase in exports to $80.4 billion, and a 5.7 percent drop in imports, which totalled $148.1 billion, according to government data.

That ranks as the second largest deficit, behind China ($310 billion), and followed by Mexico ($62 billion), and Japan $56 billion.

Unlike those countries, however, where the US has a surplus in services, it has a deficit with Germany in both goods and services, the latter amounting to $2.3 billion last year.

The United States is Germany's most important export market, but Germany ranks as the fifth biggest source of US imports, behind China ($480 billion), Mexico ($324 billion), Canada ($313.5 billion) and Japan ($165 billion).

Capital goods make up nearly $40 billion of products imported from Germany, while autos, parts and engines amounted to $32 billion, followed by consumer goods at nearly $20 billion.

The largest component of US exports to Germany was "other goods and services," which totalled just under $28 billion last year, followed by non-auto capital goods at $21 billion.

In 2015, German firms invested $255.5 billion in the United States, an increase of nearly 14 percent over the previous year, ranking as the seventh biggest foreign investor. The UK was first with $484 billion followed by Japan with $484 billion.

German companies are the third largest foreign employer in the United States, with over 670,000 workers, nearly half of which are employed in manufacturing. 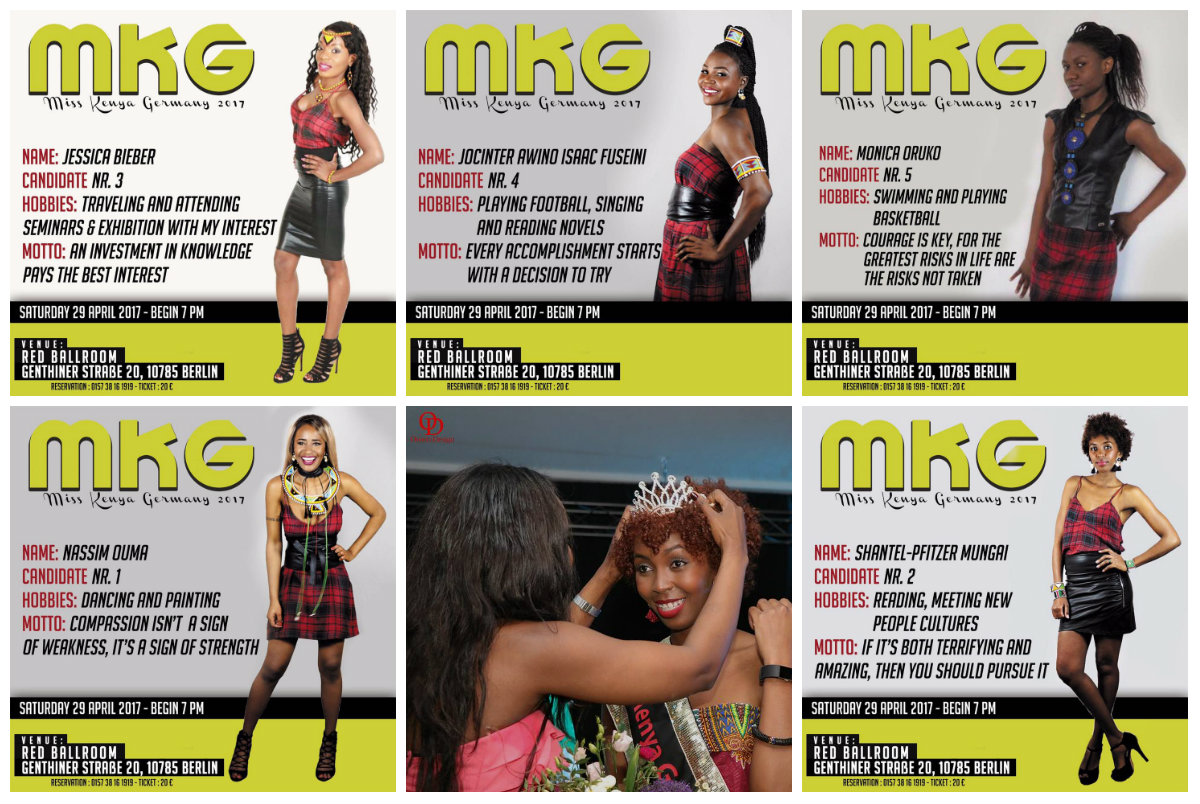 Shantel Pfitzer Mungai wooed the crowd, and impressed the judges to take home the crown.

In an interview she did prior to the event with Afrobiz Media House of Berlin, she emphasized and empathized with the FGM (female genital mutilation) situation still happening in Kenya and parts of Africa.

She implied that she would like to help fight and stop the atrocity which renders a lot of young women hopeless and helpless.

The yearly event is organized by Trafalgar events of Hamburg, Germany.

This years runner up was Monica Oruko and 1st Runner Up was Nassim Auma.There were beautiful performances from various music artists and dancers. Topafric media would like to congratulate Shantel on achieving this prestigious honour. We wish her all the best. 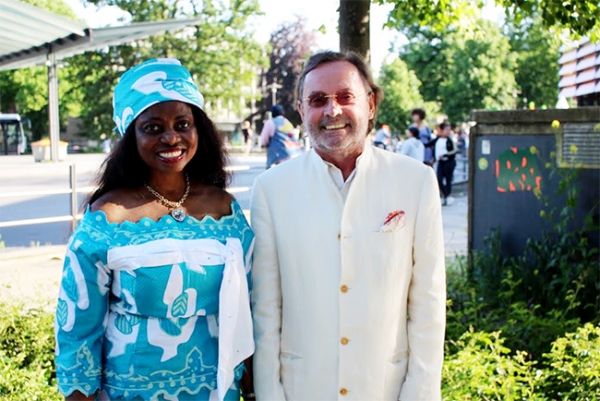 “I don´t give up my hope of economical growth and prosperity in Africa” was the inspiring and strong statement of Rolf Salo, founder and CEO of SALO Holding AG in Hamburg/Germany.

The successful entrepreneur and longstanding politician for the Liberal party in Germany explained in front of the audience in the Grand Elysée Hotel during his Welcome-speech as the Patron of the “Africa Days” his strong intension, to support Africa on its further way into an economical growing nation in the near future.

“The trade between Africa and Germany still plays a minor role. But I don`t give up my hope for a faster and stronger development of the business relations between our Countries”, said the economic-graduate and sociologist. Rolf Salos` message found a very positive echo in the audience. “We are very glad and thankful, that Rolf Salo as an experienced entrepreneur became our patron of the Africa days”, said Sylvaina Gerlich from IMIC.

Salo Holding AG is one of the most successful, not state-runned companies for Vocational rehabilitation for people with severe restrictions in Germany. With more than 70 centers spread throughout Germany and 20 in Europe, Africa and Southern America, SALO Holding AG is supporting handicapped people to get back into the labour-market. Rolf Salos device uses to be: “Make more of you than you are”!” 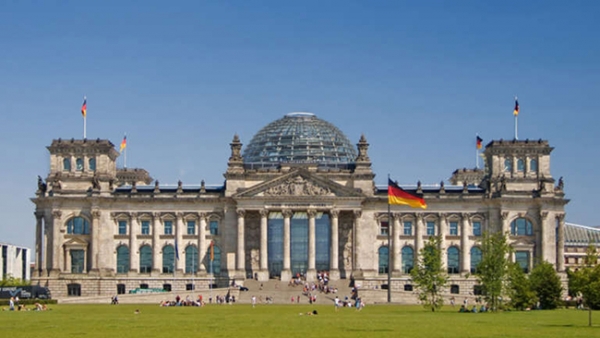 Sightseeing in Berlin is always good news!  Mr Henry Akanno, a member of the Hamburg Integration Council is inviting the general public to join him and the Hamburg-Bergedorf & Harburg Member of Parliament, Metin Hakverdi to Berlin.

The tour to Berlin forms part of his community motivational activities. The first stop in the federal capital of Germany is the Parliament House “Bundestag”. Then after the seat of Government “Kanzleramt” Questions and Answers with the Parliamentarian is planned, it is an eye-opener and inspirational moment for the youth. There is going to be a lunch and photo session. The entire trip is costing per person only 20€.

The tour is limited to 50 participants, all interested in this historic visit should contact Henry Akanno on Tel: 01741349339