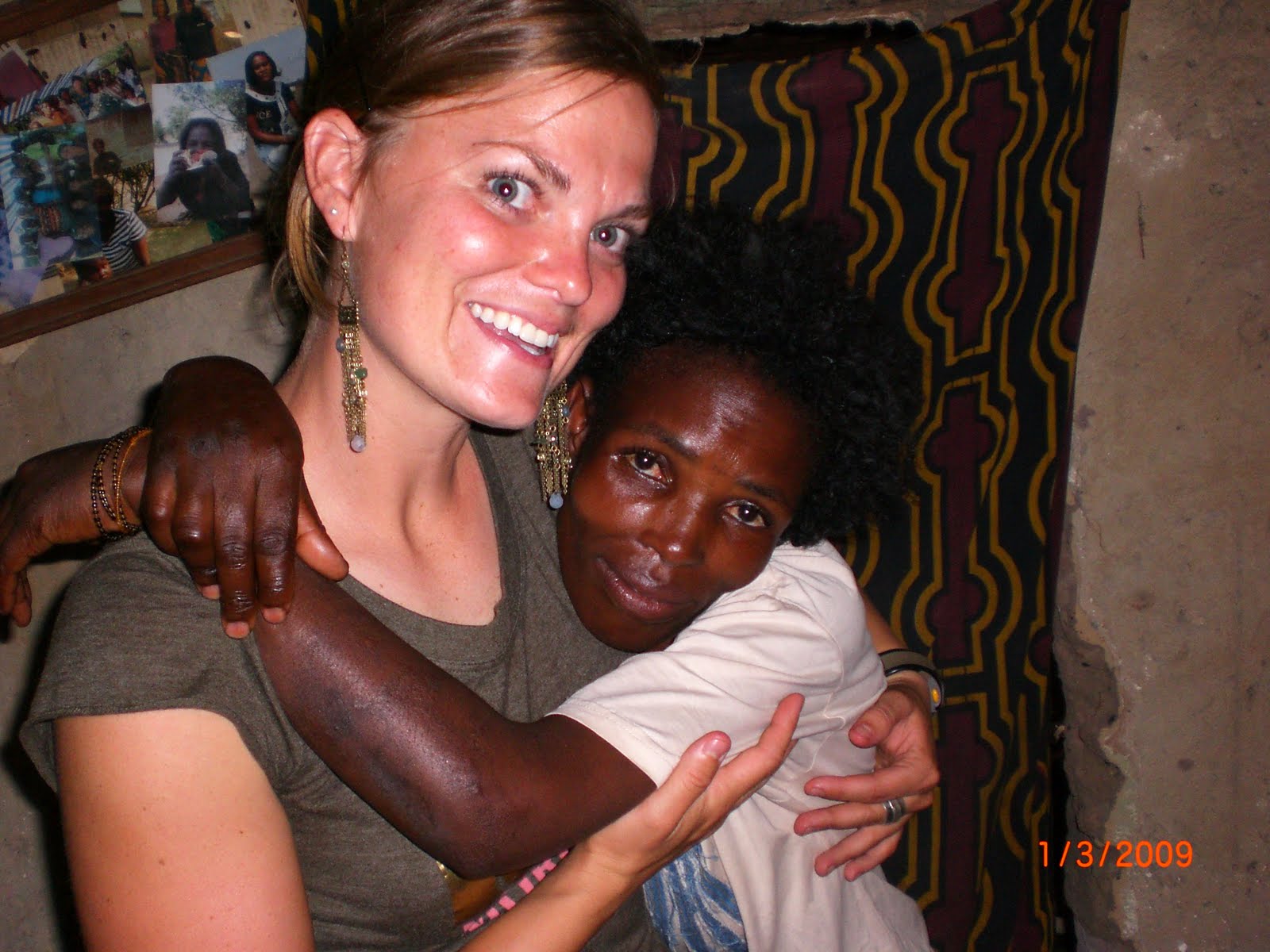 Within a month or two of HIV entering the body, 40% to 90% of people experience flulike symptoms known as acute retroviral syndrome (ARS). But sometimes HIV symptoms don't appear for years—sometimes even a decade—after infection.

"In the early stages of HIV infection, the most common symptoms are none," says Michael Horberg, MD, director of HIV/AIDS for Kaiser Permanente, in Oakland, Calif. One in five people in the United States with HIV doesn't know they have it, which is why it's so important to get tested, especially if you have unprotected sex with more than one partner or use intravenous drugs.

Here are some signs that you may be HIV-positive. One of the first signs of ARS can be a mild fever, up to about 102 degrees F. The fever, if it occurs at all, is often accompanied by other usually mild symptoms, such as fatigue, swollen lymph glands, and a sore throat.

"At this point the virus is moving into the blood stream and starting to replicate in large numbers," says Carlos Malvestutto, MD, instructor of infectious diseases and immunology in the department of medicine at NYU School of Medicine in New York City. "As that happens, there is an inflammatory reaction by the immune system."

The inflammatory response generated by your besieged immune system also can cause you to feel tired and lethargic. Fatigue can be both an early and later sign of HIV. Ron, 54, a public relations executive in the Midwest, started to worry about his health when he suddenly got winded just walking. "Everything I did, I got out of breath," he says. "Before that I had been walking three miles a day."

Ron had tested HIV positive 25 years before feeling so tired; fatigue during acute, or newly contracted, HIV might not be so obvious. ARS is often mistaken for the flu, mononucleosis, or another viral infection, even syphilis or hepatitis.

That's not surprising: Many of the symptoms are the same, including pain in the joints and muscles and swollen lymph glands. Lymph nodes are part of your body's immune system and tend to get inflamed when there's an infection. Many of them are located in your armpit, groin, and neck.

As with other symptoms, sore throat and headache can often be recognized as ARS only in context, Dr. Horberg says. If you've engaged recently in high-risk behavior, an HIV test is a good idea. Get tested for your own sake and for others: HIV is most infectious in the earliest stage.

Keep in mind that the body hasn't produced antibodies to HIV yet so an antibody test may not pick it up. (It can take a few weeks to a few monthsfor HIV antibodies to show in a blood test). Investigate other test options such as one that detects viral RNA, typically within nine days of infection.

Skin rashes can occur early or late in the course of HIV/AIDS. For Ron, this was another sign that he might not have run-of-the-mill allergies or a cold. "They were like boils, with some itchy pink areas on my arms," Ron says. The rashes can also appear on the trunk of the body. "If [the rashes] aren't easily explained or easily treated, you should think about having an HIV test," Dr. Horberg says.

Anywhere from 30% to 60% of people have short-term nausea, vomiting, or diarrhea in the early stages of HIV, Dr. Malvestutto says. These symptoms can also appear as a result of antiretroviral therapy and later in the infection, usually as the result of an opportunistic infection.

"Diarrhea that is unremitting and not responding at all to usual therapy might be an indication," Dr. Horberg says. Or symptoms may be caused by an organism not usually seen in people with healthy immune systems, he adds. Once called "AIDS wasting," weight loss is a sign of more advanced illness and could be due in part to severe diarrhea. "If you're already losing weight, that means the immune system is usually fairly depleted," Dr. Malvestutto says. "This is the patient who has lost a lot of weight even if they continue to eat as much as possible. This is late presentation. We still see a lot of these." It has become less common, however, thanks to antiretroviral therapy.

A person is considered to have wasting syndrome if they lose 10% or more of their body weight and have had diarrhea or weakness and fever for more than 30 days, according to the U.S. Department of Health and Human Services.

A dry cough was the first sign Ron had that something was wrong. He at first dismissed it as bad allergies. But it went on for a year and a half—and kept getting worse. Benadryl, antibiotics, and inhalers didn't fix the problem. Neither did allergists.

This symptom—an "insidious cough that could be going on for weeks that doesn't seem to resolve," Dr. Malvestutto says—is typical in very ill HIV patients.

The cough and the weight loss may also presage a serious infection caused by a germ that wouldn't bother you if your immune system was working properly. "There are many different opportunistic infections and each one can present differently," Dr. Malvestutto says. In Ron's case, it was Pneumocystis pneumonia (PCP), aka "AIDS pneumonia," which eventually landed him in the hospital.

Other opportunistic infections include toxoplasmosis, a parasitic infection that affects the brain; a type of herpes virus called cytomegalovirus; and yeast infections such as thrush.

About half of people get night sweats during the early stages of HIV infection, Dr. Malvestutto says. These can be even more common later in infection and aren't related to exercise or the temperature of the room.

Similar to the hot flashes that menopausal women suffer, they're also hard to dismiss, given that they soak your bedclothes and sheets. Another sign of late HIV infection are nail changes, such as clubbing (thickening and curving of the nails), splitting of the nails, or discoloration (black or brown lines going either vertically or horizontally).

Often this is due to a fungal infection, such as candida. "Patients with depleted immune systems will be more susceptible to fungal infections," Dr. Malvestutto says. Another fungal infection that's common in later stages is thrush, a mouth infection caused by Candida, a type of yeast.

"It's a very common fungus and the one that causes yeast infections in women," Dr. Malvestutto says. "They tend to appear in the mouth or esophagus, making it difficult to swallow."

Ron woke up one day to find white patches on his tongue. He had thrush. For him, "It was not bothersome other than I didn't like having it." The infection was hard to get rid of, but finally cleared up after Ron started taking drugs to combat HIV.

Cognitive problems could be a sign of HIV-related dementia, which usually occurs late in the course of the disease. In addition to confusion and difficulty concentrating, AIDS-related dementia might also involve memory problems and behavioral issues such as anger or irritability.

It may even include motor changes: becoming clumsy, lack of coordination, and problems with tasks requiring fine motor skills such as writing by hand. Cold sores (oral herpes) and genital herpes can be a sign of both ARS and late-stage HIV infection.

And having herpes can also be a risk factor for contracting HIV. This is because genital herpes can cause ulcers that make it easier for HIV to enter the body during sex. And people who have HIV tend to have more severe herpes outbreaks more often because HIV weakens the immune system.

Late HIV can also cause numbness and tingling in the hands and feet. This is called peripheral neuropathy, which also occurs in people with uncontrolled diabetes. "This is when the nerves are actually damaged," Dr. Malvestutto says. These symptoms can be treated with over-the-counter pain relievers and antiseizure medicines such as Neurontin (gabapentin).

Advanced HIV disease appears to increase the risk of having menstrual irregularities, such as fewer and lighter periods. These changes, however, probably have more to do with the weight loss and poor health of women with late-stage infection rather than the infection itself.

Infection with HIV also has been associated with earlier age of menopause (47 to 48 years for infected women compared to 49 to 51 years for uninfected women).