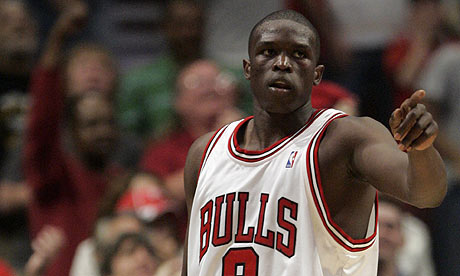 Several sportsmen and women who were born in Africa will play for non-African countries at the London Olympics.

Basketball player Luol Deng will represent the UK. He was born and raised in what is now South Sudan but moved with his family to London and is a British citizen. At the age of 14 he moved to the US and became one of most successful players in the NBA. He joined Chicago Bulls in 2004 and played for NBA All Star team in 2012.