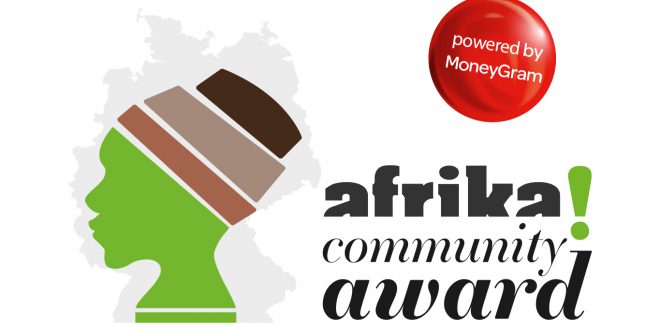 Following last year’s successful debut of “afrika! Community Award”, application for the sponsorship scheme for Africans in Germany has opened. The Award was introduced in 2017 by MoneyGram, the global money-transfer company, to support the work of socially-engaged organizations in the African community.

There are more than 700 African clubs and associations which support projects in Africa or promote integration measures, sporting activities and African culture in Germany.

With the “afrika! Community Award” the money-transfer company wants to give back to its customers in Germany.

Four organisations emerged winners of the maiden edition of the award last year and each of them received a cash donation of 1,000 euros for the support of their activities.

A novelty this year, according to the organizers, is that not only registered organizations can apply but also individuals and companies “if they sustainably support the African community in Germany or implement aid projects in Africa from Germany”.

This is in recognition of the fact that many Africans in their personal capacities sponsor social projects in their home countries or support one initiative or the other in their community in Germany.

Prizes will be awarded to two winners in each of the following categories:

A five-member jury consisting of four representatives from the African community and one from MoneyGram will determine the winners.

From now until 31 August 2018, Africans in Germany are invited to register for the prize, whose winners will not only gain extra publicity but also MoneyGram sponsoring with a total value 3,000 euros.

To participate and stand a chance of being a winner, simply fill out the registration form on https://afrikaportal.eu/teilnehmen/