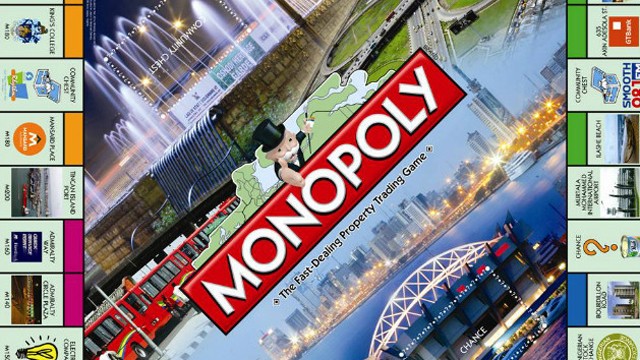 Some 80 years after its first launch, the iconic board game of Monopoly has finally released its first African city edition.

A Lagos-themed version of the popular real estate game was unveiled earlier this week, making Nigeria's bustling economic capital the first city in the continent to have a dedicated Monopoly edition.
"Lagos is special, it's a megacity, one of the fastest-growing cities in Africa," says Nimi Akinkugbe, head of Bestman Games which is distributing the Lagos edition.
"But apart from that, Lagos also holds a very special place for Nigerians all over the world. There are about 15 million Nigerians in the diaspora who are very nostalgic about Lagos; it's not just for Lagosians but for people all over the world," she adds.
The affluent Banana Island, a man-made waterfront community boasting multi-million dollar mansions and manicured lawns, was revealed as the game's most expensive property, joining Boardwalk in the standard U.S. edition and Mayfair in the London version.
Many of the squares for the game's upmarket locations feature sponsorship from banks, radio stations and shopping centers. In contrast, the square dedicated to the floating shantytown of Makoko, which is the cheapest piece of real estate in the Lagos edition of the game, was left unsponsored.

Local officials were heavily involved in bringing Monopoly to the sprawling metropolis of some 15 million people. Their goal was partly to promote the city's rich history and landmark sites but also to encourage responsible behavior and inform citizens about laws that are often overlooked.
"You've been caught driving against traffic. Report for psychiatric evaluation," is the message on one Chance card, which issues a fine -- in line with the laws introduced recently by the local government to deal with the city's major traffic problem.
Read related: Africa's daily commuting grind
Another card reads: "For using the overhead pedestrian bridge on Worodu Road, move forward three spaces." Akinkugbe explains that many lives have been lost as people tend to cross the express highway by running across the road. "By rewarding the person that uses the overhead bridge by moving forwards three spaces, slowly it begins to sink in," she says.
And there are also references to Nigeria's corruption problem: "For attempting to bribe a law enforcement agent, pay a fine," says another card.
"This gives us an opportunity to educate the public about those things," says Akinkugbe. "[It's about] penalizing negative behavior and rewarding good behavior but in a fun and enjoyable way. We all know that learning through play is one of the most powerful forms of learning because it is not forced but is done in a relaxed, easy way."
Akinkugbe says that two other African countries -- South Africa and Morocco -- have a version of Monopoly, but Lagos is the only city in the continent to have its own edition. She says that the Lagos game was sold out within 24 hours of its release, as about 4,000 people got their hands on it.
"Thousands of Nigerian families they are going to be playing Monopoly over Christmas, having a good laugh and learning at the same time, and just appreciating the city," she says.
The first patented version of Monopoly was launched in the United States in 1935 at the height of Great Depression. It has since become arguably the most popular board game in the world, with several localized editions released over the years.