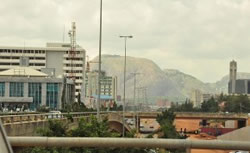 Nigeria has been ranked among leading countries in the world, which have lost huge sums of money through illicit outflows between 2001 and 2010. A December 2012 report from Global Financial Integrity (GFI) entitled: "Illicit Financial Flows from Developing Countries: 2001-2010," just released, showed that Nigeria lost $129 billion out of the $8.56 trillion lost by developing nations within the period.

The report, written by GFI's Lead Economist, Dev Kar, and GFI's Economist, Sarah Freitas, ranked Nigeria seventh on the table with China leading the pack with $2.74 trillion in illicit outflows.

GFI, a Washington-based research and advocacy organisation, noted in the report that $859 billion in illicit outflows in 2010, showed an increase of 11 per cent over that of 2009, adding that the capital outflows stem from crime, corruption, tax evasion and other illicit activities.

But in a swift reaction, the Senior Special Assistant to the President on Public Affairs, Dr. Doyin Okupe, said the Federal Government was not aware that such amount of money was illegally taken away from the country.

The report is the first by GFI in incorporating a new, more conservative estimate of illicit financial flows.

It facilitates comparisons with previous estimates from GFI updates and identifies crime, corruption and tax evasion as biggest channels with nearly $6 trillion stolen from poor countries.

"Astronomical sums of dirty money continue to flow out of the developing world and into offshore tax havens and developed country banks. Regardless of the methodology, it is clear that developing economies are haemorrhaging more and more money at a time when rich and poor nations alike are struggling to spur economic growth.

"This report should be a wake-up call to world leaders that more must be done to address these harmful outflows. The estimates provided by either methodology are still likely to be extremely conservative as they do not include trade mispricing in services, same-invoice trade mispricing, secret transactions, and dealings conducted in bulk cash. This means that much of the proceeds of drug trafficking, human smuggling, and other criminal activities, which are often settled in cash, are not included in these estimates," the report said.

The report further stated that $859 billion of illicit outflows lost in 2010, was a significant increase from that of 2009 during which the developing countries lost $776 billion under the new methodology.

Reacting to the report, Okupe said the Federal Government was not aware that such amount of money was stolen.

Responding to inquiries by THISDAY on the matter, Okupe said: "We are not aware that such amount of money was stolen. I have not seen the report and therefore I cannot react without seeing or reading the said report.

"Until I see and read the said report, then I can comment."

Meanwhile, major oil industry executives are expected to gather in Abuja this week for an annual conference as Nigeria comes under pressure over reports alleging large-scale corruption and mismanagement in the oil sector.

The conference, beginning today, is expected to see appearances by ministers and top officials from oil majors Shell, Exxon, Total and Chevron, as well as the Nigerian National Petroleum Corporation (NNPC).

It comes on the heels of a report from a government-appointed panel alleging that Nigeria has lost tens of billions of dollars in recent years through questionable practices in the industry.

Another audit released earlier this month said NNPC owes the government $8.3 billion for the period between 2009 and 2011.

Beyond that, a parliamentary committee report in 2012 said $6.8 billion in revenue was lost between 2009 and 2011 through the fuel subsidy programme.

Despite pledges from the government to clean up the oil sector, there has been little change in response to such findings. NNPC and firms including Shell, which has been the country's biggest producer, have denied any wrongdoing.

There is not likely to be much discussion of the reports at the conference itself, with topics such as Nigeria's long-stalled effort to overhaul its oil industry more likely to be in the spotlight.

"You have all the issues there," Auwal Ibrahim Musa Rafsanjani of the Civil Society Legislative Advocacy Centre, Transparency International's local partner, said of the reports on industry mismanagement. "Solutions have been provided, but there is no political will to act on them."

Nigeria has however renewed its push to overhaul the oil industry, presenting a fresh 223-page Petroleum Industry Bill to the legislature last July which would reshape taxes and royalties as well as restructure NNPC, among other measures.

The bill has been stalled, as previous versions have, although the Minister of Petroleum Resources, Mrs. Diezani Alison-Madueke, has said that negotiations are ongoing with the industry.

Major oil firms have argued that the fiscal terms in the bill are too harsh and would prevent new investment, while the government has said it is fair to all sides, though it is willing to work out a compromise.