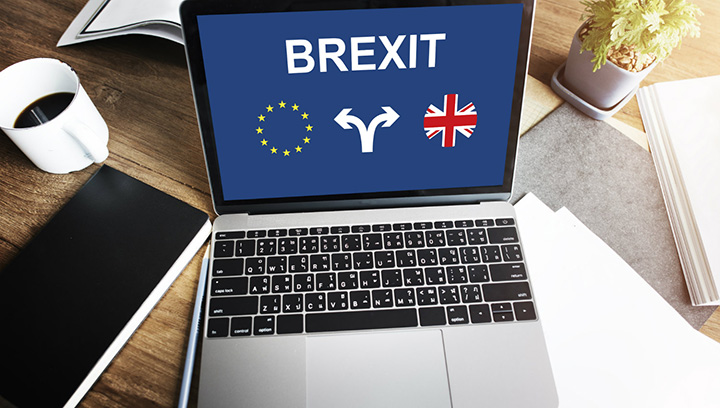 The UK is planning to leave the EU on March 29th. We don’t know if a withdrawal agreement will be in place then, or if there will be no deal. Here’s how you should prepare. We've compiled information on how you should prepare for Brexit, whatever the scenario. There is a list of helpful websites at the end of the text and links throughout the story which you should also consult.

SEE ALSO: In which German states and cities do all the Brits live

British people already living in Germany
If you’re living in Germany then you will have likely registered (angemeldet) already. If not you should do so immediately at your Einwohnermeldeamt. All citizens are required to do this within 14 days of arriving in Germany if they are staying longer than three months.

In some places the Einwohnermeldeamt is known as the Kreisverwaltungsreferat (KVR), Bürgerbüro or Bürgeramt. When you change addresses in Germany you must deregister from your old address and register at your new one.

An overview of all Einwohnermeldeämter is available here.

What happens if there is a deal?
If a withdrawal agreement is in place by March 29th then a 21-month transitional period will begin after the UK leaves the EU on March 29th.

That transitional period, unless extended, will end on December 31st 2020. During the transitional period the UK will be treated like a member state of the EU. EU rules on freedom of movement will continue to apply during this period.

What happens if the UK leaves without a deal?
In the event of Britain leaving the EU without a deal (which seems quite likely given the current climate), no British citizen will be required to immediately leave Germany, according to the German Federal Government.

The German government says it is planning to launch a three-month transitional period, which may be extended. During this period all British citizens within the EU will be able to continue to live and work in Germany as before without a residence permit.

SEE ALSO: What you need to know about Berlin's Brexit registering process

As Germany is a federal country, states differ on how they are implementing the residence permit process. Some states are already asking people to register and apply for a permit voluntarily before March 29th. Some states have issued letters asking residents to book an appointment with the immigration office, while others are asking British people to fill in a form online.

If you’ve not already done so, get in touch with your local authority. Find your relevant Foreigners Authority here. Note that you need a valid passport to be able to apply for a permit.

Make sure you have health insurance
If the UK leaves the EU without a deal on March 29th, your access to healthcare is likely to change. The NHS has more information about healthcare for UK nationals living in and visiting Germany.

The UK government has or is seeking agreements with countries on healthcare arrangements for UK nationals after Brexit.

The Federal Ministry Labour and Social Affairs has detailed information about German social security, including health insurance. This document details out the different health insurance systems, who is insured and for which treatment.

Top up on medication
If the UK leaves the EU without a deal, your S1 healthcare form, which some people are entitled to may no longer be recognized. The German government has prepared a Brexit social security law, which would come into effect in this case. However, campaign group British in Germany recommends making sure you have a good supply of regular medication (if you need it) in case there is short-term chaos during the changeover.

“Making sure that you have the permitted 3 months of long-term medication would mean that you’d avoid having to pay full whack for your meds while the situation was resolved,” BiG wrote on their website.

Think about your pension
BiG also recommends that if you have a personal pension in the UK (this doesn’t apply to state or public service/occupational pensions) and have not yet retired, think about getting advice about how to deal with this.

You should write to your private pension company in the UK to ask them what plans they have for post-Brexit scenarios.

Think about applying for citizenship
Applicants who file an application for German citizenship before the date on which the UK leaves the EU but who do not receive a decision until after Brexit are to retain their previous German or British nationality, that is if they have fulfilled all the other criteria before the Brexit date, the German government says.

After any transitional periods in future it is likely that British people applying for German citizenship will not be able to retain their dual citizenship.

Think about limiting your travel time around March 29th
Everyone is of course allowed to go about their lives but keep in mind that things might be up in the air come Brexit day, quite literally. In the event of a no-deal, the UK will automatically leave the European Common Aviation Area (ECAA). Discussions are currently being held on what measures can be taken to avoid the resulting disruption to air traffic.

Consultations on the proposal are still ongoing in the EU, reports the German government.

Useful websites:
The British embassy recommends reading  UK nationals in the EU: essential information, attending one of the embassy's citizens outreach meeting and following your local British Embassy on Facebook and Twitter.