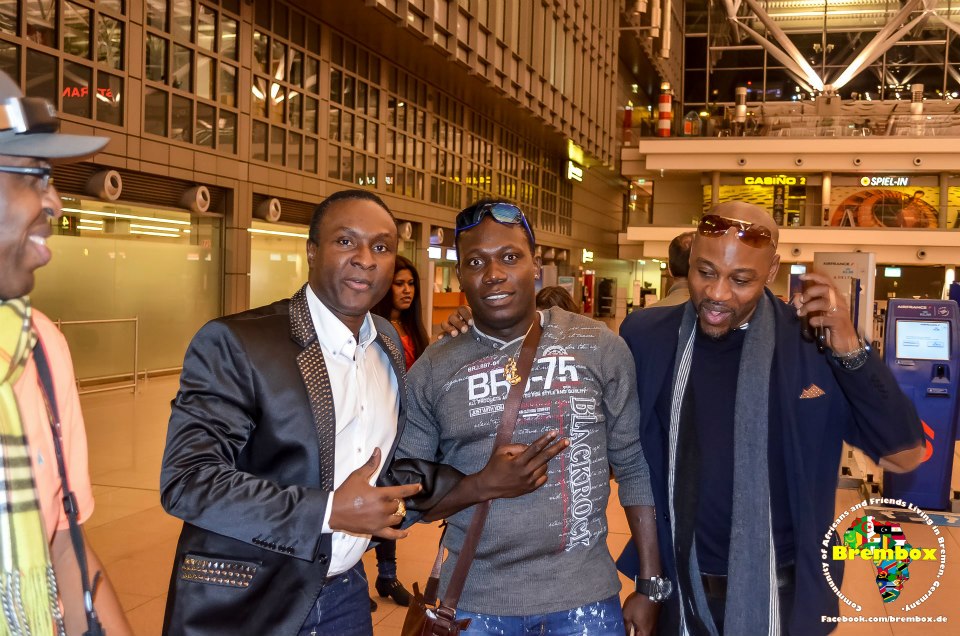 The one and only Duncan Mighty (the 1st son of Portharcourt) arrived Hamburg Airport yesterday Thursday, October 18th at approximately 7.15pm.  He was greeted by the promoters of the show and representatives of Brembox.

His first immediate stop was TopAfric Radio Station where he was interviewed by Tony Air of the "Whats Up Naija Show".  The radio station was full to the brim with both fans and admirers of Duncan Mighty.  The phones were ringing non stop with callers who wanted to talk to the Nigerian star and fans who wanted to win tickets.