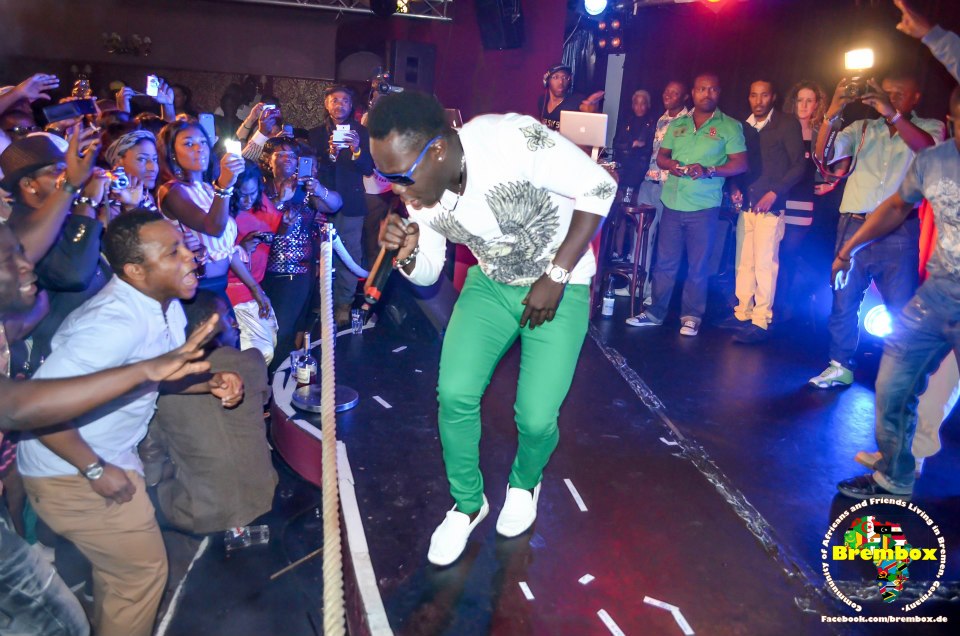 The Duncan Mighty concert was definetly the concert of the month.  The Cafe Keese was packed with fans of all ages.  The women were dressed to impress and the men were all looking handsome.

The concert started with acts such as Black-i and Oyinbo Boy.  Black-i rocked the stage with his tracks while Oyinbo Boy simply stole the entire show.  He performed popular songs such as P-Squares "Do Me".  DJ Ike, DJ Madman and Mc D Rock also performed for the crowd
The major act of the nite came on stage with a banging green and white outfit.  Duncan Mighty sang and danced all through his perfomance.  The crowd simply could not get enough. He got a few ladies to come on stage and perform a big booty dance competition.   They danced untill one emerged the winner and was awarded a spot in his upcoming music video shoot here in Hamburg.

Topafric's Tony Air of the Whats Up Naija Show was in the house.  He partied with listeners who won tickets to the show.
The concert was definetly a success and could go down as concert of the year.  His next performance will be in the city of Essen.  He will be performing at the Prenses Palace