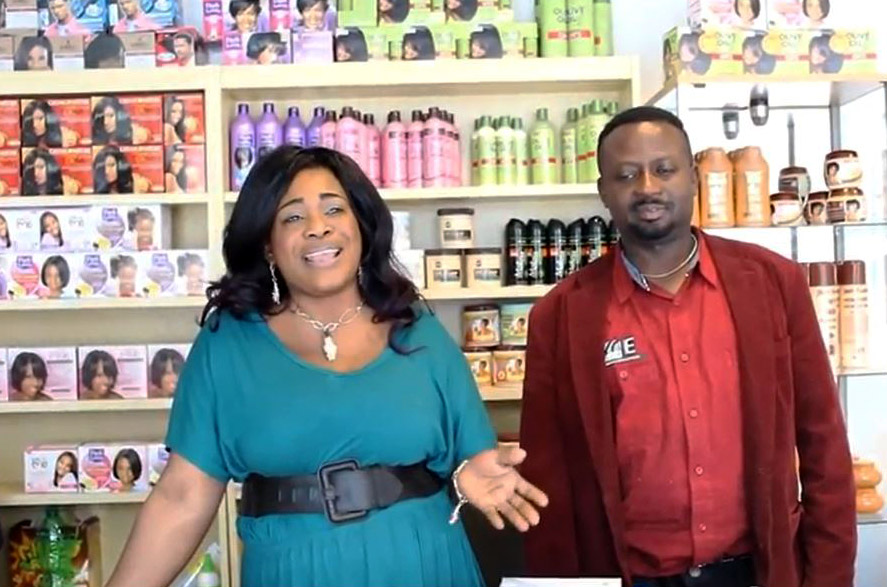 I know a lot of our people will be annoyed by this article. But I’m not talking about shooting, cutting or stabbing. No, I’m talking about economic war! If not now, then when? God knows the Asians declared an economic war on blacks decades ago and their success has been phenomenal. They literally came up with a plan to take every dime out of the black Community. And that’s exactly what they did. They never have nor do they intend to give it back either.

"Asians who set up businesses in the world don’t care to entice black Folks. Because we are their food; their economic slaves. Slaves that have fattened the pockets of generation of Asians while contributing to the economic demise of our own people. Their main objective is to exploit us the blacks and take our money out of our community". said an old man in Mumelmannsberg (a subdivision in Hamburg, Germany).

Because of this mind boggling questions which have no answer, TopAfric went the extra mile in and around Hamburg to find the reasons why black people like buying from the Asian shops rather than their own Afro shops.

A woman who spoke to TopAfric said the reason why she buys most of her products from the Asian Shop is because most Afro shops want to make enormous profits on all products they sell but the Asians are content with the little profit they get on each item.

She also said she will continue to buy from the Asians because on her assessment their product always looks fresher than the Afro shops.

TopAfric's findings also revealed that black women spend thousands of Euros a year on hair products sold by the Asians.

According to the owner of one of the busiest Asian shops located in Hammer brook -Hamburg, where a lot of blacks frequent, "it is very true that most of our customers are black".  Comparing their prices to the black shops, you find out that theirs are cheaper than the black shops. That is the main reason and there is no secret behind why blacks like doing business with them.

A research conducted by TopAfric.com indicates that Asians control 80% of the distribution of black hair products in Germany.They tightly control both retail and wholesale distribution. And as we speak, they are closing in on the remaining handful of black manufacturing companies that have managed to stay afloat. How were they able to get this monopoly? During the late 1960′s the Korean and American governments came up with a plan to help the Asian impoverished/war torn people survive by selling to blacks.

"Black folks have very little understanding of economics. Black women attend church every Sunday with fresh Asian hair on their heads, sending millions of Asian children to college while their own kids end up in prison. No preacher to date has said “stop letting the Asians exploit you.” No preacher has suggested a boycott or lawsuit or trying to break this monopoly."  fumed a German who added his voice to why blacks buy more from the Asian shop.

Going on further he told Topafric .com that looking at the nature of their products it always passed the quality control test before selling to their customers.

On the issue of blacks patronizing their product, he commended the blacks for having faith in their business and their products and asked that they will be very happy to do business with the blacks always. Maybe we will extend our business to Ghana and all the African countries.