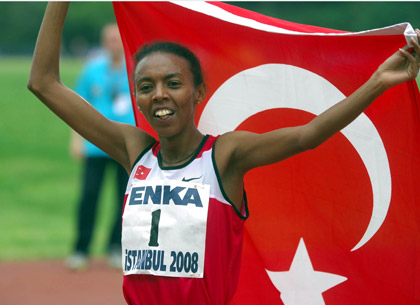 She became a Turkish citizen the following year after marrying a Turk (from whom she is now divorced), claiming she did not get enough support from the Ethiopian federation. She won Olympic silver in both the 5,000m and 10,000m in Beijing. In 2011 she married her long-term partner Semeneh Debelie and had a child.