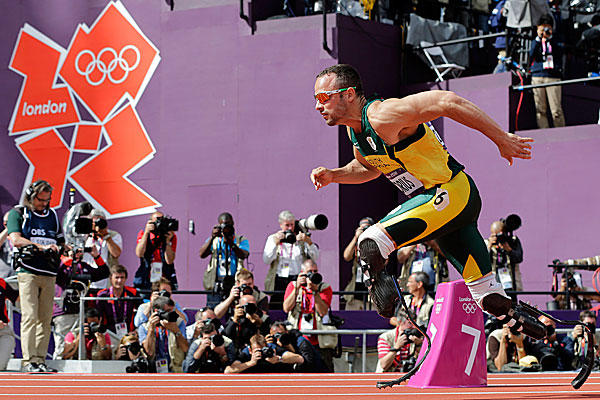 Oscar Pistorius' Olympic run came close to ending on a sour note. The South African who is the first amputee to compete in track and field at the Olympics didn't get a second chance to run.

Though he was entered in the 4x400 relay, his teammate was injured before the baton was ever passed. However, track's international ruling body said the South African team was obstructed, and allowed them to move onto the final.

In the opening heats of the relay, Ofense Mogatwane became entwined withKenya's Vincent Kiilu. Mogatwane fell to the track, and grabbed his shoulder in pain. Pistorius, who was set to take the baton for Mogatwane, tried to get to his fallen teammate but was stopped by track officials.