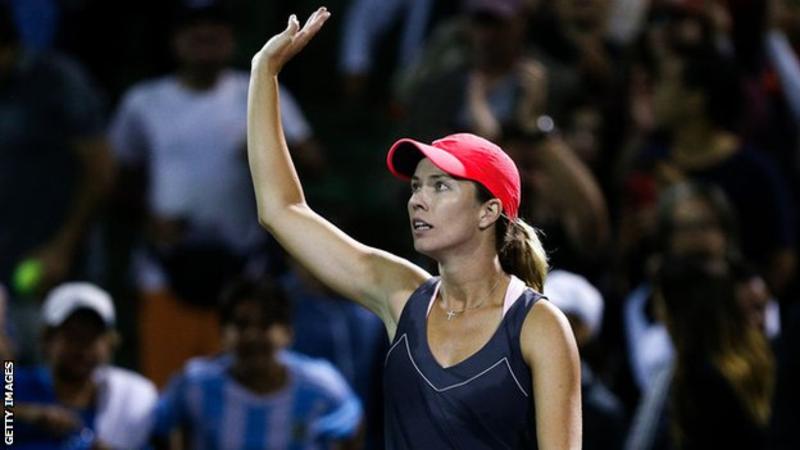 Three-time champion and eighth seed Venus Williams has been knocked out of the Miami Open in the quarter-finals by qualifier Danielle Collins.

The 24-year-old, ranked 93rd in the world, needed only one hour 29 minutes to come through 6-2 6-3 against fellow American Williams, 37, a seven-time Grand Slam winner.

It was Collins' first victory against a top 10 player.

She will now face French Open champion Jelena Ostapenko in the semi-finals.

"The first time I saw Venus in the locker room I nearly cried," Collins admitted. "She has been my favourite player so I am finding it difficult to wrap my head around this."

Victoria Azarenka will play US Open champion Sloane Stephens in the other women's singles semi-final.