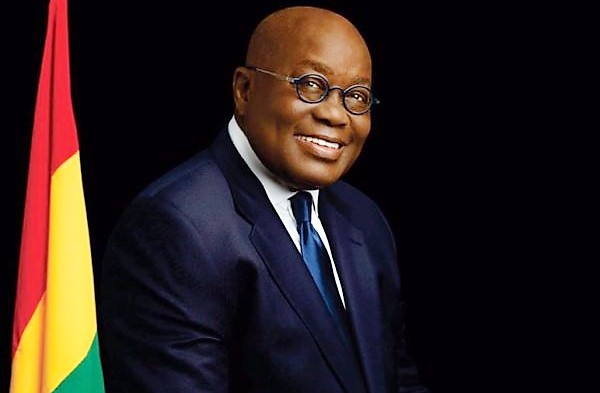 An exposé aired last week at the Accra International Conference Center in Ghana and on BBC has been the source of controversy among Ghanaians. The exposè, led by investigative journalist Anas Aremeyaw Anas, reveals the extent to which African football officials are susceptible to corrupt influences. The revelations have so far produced some serious consequences: The Ghana Football Association (GFA) has been dissolved. Its president, who is shown in the exposè taking $65,000 from undercover journalists disguised as investors in order to help them secure a deal with the GFA, has resigned. With everyone in Ghana talking about this saga, one voice has been noticeably quiet.

President Akufo Addo came into office in January 2017. Since then, he has been on a mission to change the mindset of dependency among Africans that has retarded the continent`s ability to grow through its own peoples`engineering and to alter the way Africans are perceived by the rest of the world.

At home, Mr. Akufo Addo has formed one of the largest and most ambitious governments Ghana and Africa have ever seen. His government has set out to fundamentally transform the structures of  the Ghanaian economy from a state of stagnation and dependency on raw materials  to a value-added economy that yields employment for Ghana `s idle mass. His government has also prioritized the fight against corruption in a way few African governments have. For the first time in Ghana's history, there is an Office of Special Prosecutor -- an independent agency tasked with investigating cases of corruption involving the country`s elected officials. This is a remarkable accomplishment for the small West African country and a defining moment of Mr. Akufo Addo`s young presidency. And it is precisely this that makes what the former GFA boss said about the president in the recent exposè so baffling. 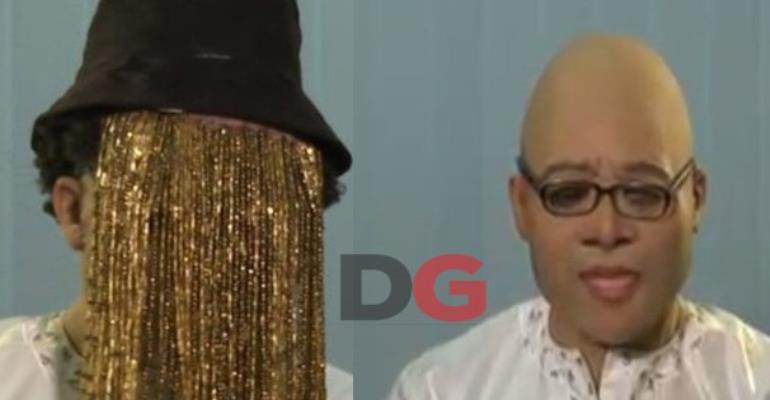 In the exposè, the former GFA boss appears to suggest that the president of the Republic of Ghana was in need of money in order to dig himself out of the financial hole the 2016 presidential campaign had left him. After informing the supposed investors of the president`s alleged state of financial desperation, the former GFA boss added, ``if you are able to give money to the president of the country, the vice president, you are finished.`` Mr. Nyantakyi advised the supposed investors to give millions of dollars to the most powerful man in the country and his deputy in order to facilitate their entry into the Ghanaian market. It has been alleged that it was this portion of the revelation that so concerned Mr. Akufo Addo that he immediately reported the former GFA boss to law enforcement.

However, the president`s seemingly swift action was in fact predictable. The exposè had not only been scheduled for public viewing before the president saw it, but enough people had knowledge about its content that to fail to get ahead of it would have been political suicide. Furthermore, if a picture says a thousand words, a video says a million. The allegations against him are so serious that anything less than a swift and decisive action would have given the impression that the former GFA boss had something on the president.

In fairness to Mr. Akufo Addo, we have no reason to believe he would have acted differently if the exposè was never going to see the light of day. It is also worth mentioning that although the former GFA boss was direct in his suggestion to the supposed investors that they bribe the president and seems to indicate that the president was financially desperate, the veracity of his claim remains unproven. It is possible that the former GFA boss said so in order to ingratiate himself with the supposed investors and to prove to them that he was an insider with privileged information and access to the most powerful man in Ghana. When most people will disclose all their most sensitive information before they open up about their finances, the former GFA boss appears credible as an insider when he divulges information that one would suspect only those in Mr. Akufo Addo's inner circle could know.

For some partisan critics of the president, mere allegations against him are enough to make him guilty. However, for some partisan supporters of the president, he can do no wrong. But there are some honest, non-partisan and fair-minded individuals in the middle who believe that while mere allegations alone are not enough, not all of them are created equal. They would not expect the president to deign to respond to every allegation labeled against him especially by partisan pundits on the airwaves. However, they do expect to hear from the president when it involves arguably the second most powerful man in African football and a man he appears to have a close relationship with.

To the following questions the president must respond and must do so immediately: Did he personally accumulate large amounts of debt during his run for the presidency? Has he paid them off and if so, where did he get the money? Is he still in debt and if so, how does he intend to pay it off? Who financed his debt during the presidential campaign and did he sell his houses to finance his campaign expenditures? President Akufo Addo owes the Ghanaian people answers to these questions. If the president was forced to sell his houses and to accrue large amounts of debt in order to finance his election bid, that could make him liable to blackmail by his creditors and vulnerable to corrupt influences. It also raises serious concerns about Ghana's campaign finance system.

Football remains the most important sport in the country and I feel particularly sorry for the millions of fans and workers whose celebrations and livelihoods have been stolen from them by those who would rather broker a cedi than an honest game. But I suspect they will get through this difficult time with the belief that things will get better in the near future. However, what no Ghanaian can any longer afford to endure is yet another corrupt government.

In the short time since Mr. Akufo Addo has been in office, he has managed to convince many cynics that good government is possible in Africa and that politics can still be a source of good. He reminded us all that to ``guarantee an Africa beyond aid, Africa must breed a new generation of leaders who are,`` among other things, `` committed to governing their peoples according to the principles of democratic accountability.`` Perhaps it is time he heeds his own words and make himself accountable to the Ghanaian people. Whether or not Ghana can emerge from a state of political hopelessness to hopefulness depends heavily on his actions in the days and weeks to come.
By Mohammed Adawulai