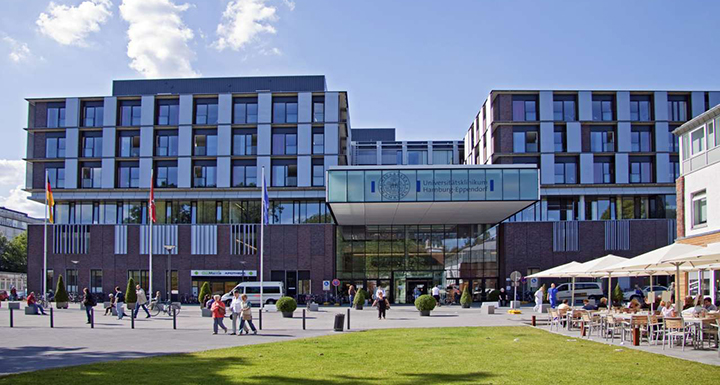 STATEMENT OF THE BLACK COMMUNITY IN HAMBURG & GERMANY! On Sunday, the 21st of April 2019, three security forces attacked a patient from Cameroon in the UKE -Hamburg in a racist, violent and life-threatening attack. After being reanimated for an hour, he has been in an induced coma ever since and his relatives have been told by Medical staff that his condition will remain critical with very limited chances of survival.

Eyewitnesses testified: “He refused to take the medication prescribed to him. He went outside to sit and relax. He had shown no aggressive behaviour when the security forces grabbed him and threw him to the ground" and further that he was kicked until he lost consciousness. A doctor tried to reanimate him, and he was eventually taken in an ambulance to the UKE Emergency Intensive Care Unit.

Unfortunately, this is not an isolated case. Such encounters take place far too often and reflect the racist and inhuman perception of black people as aggressive and violent, who must be met with deadly violence rather than compassion, regardless of external circumstances or personal situations.
Mr. Tonou-Mbobda had voluntarily admitted himself to the open section of the psychiatric clinic and could have left the clinic at any time. It is permitted and normal for patients to go out on the premises.
In addition to the constitutional rights to self-determination and physical integrity, there is also a Supreme Court jurisdiction that compulsory treatment against the expressed will of the person concerned is only possible with judicial order.

We demand
* An UKE statement on the condition and health of Mr Tonou-Mbobda, and full forensic clarification of the incident.
* An immediate suspension and investigation of the security staffs involved.
Representatives of the Black Community are currently working on the next steps in consultation with the relatives of Mr. Tonou-Mbobda.

As Brother TONOU-MBOBDA continues to fight for his life, we call on the Members of the Black Community to Come together to provide a permanent life vigil for his recovery. In this difficult time, let’s support our victimized Brother and his relatives with positive thoughts, prayers of complete and prompt recovery, active solidarity and various forms of assistance and help.
All are invited to come to the prayer vigil front of building W37, UKE -Hamburg
with friends and relatives from 24.04.2019 – Saturday, 27.04.2019 and
Sundays, 11.00am