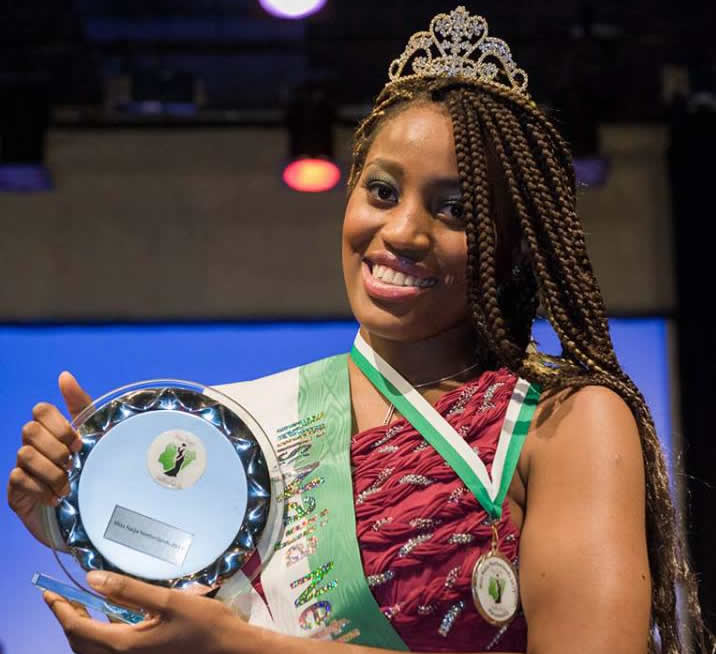 Natasha worked really hard at attaining this honor. She was one of the two girls who came all the way to Topafric Radio in Hamburg, Germany for an interview with Tony Air of the Whats Up Naija show.
The show took place in Amsterdam, Netherlands, at the No Limit Business Center. The association called Stichting Sitina organized the event.
Molie Balogun a.k.a Lolita the runs girl hosted the show. She is a very funny comedian who is famous because of her YouTube comedy sketch called Naija Runs Girl.

She is naturally funny and her humor is true but comical.
Topafric wishes to congratulate Miss Natasha Balogun and the runner ups on a job well done. We also wish to give the organizers two thumbs up.