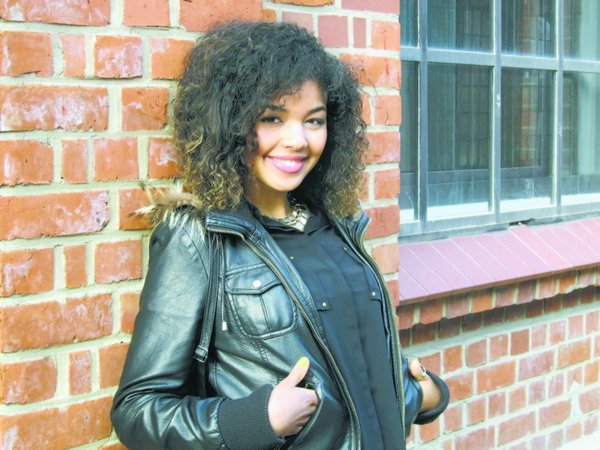 This lovely looking 18yr old girl simply known as Janina is an aspiring singer/song writer from Hamburg, Germany. She is an accomplished musician in her own rights.

She was a candidate in the “KIKA” (A popular television station in Germany) competition with a title called “Dein Song” which means “Your Song” in English. It’s a show where you sing your own composition in front of a live audience, judges, and off course millions of viewers.

Janina, who has African roots, loves to play the piano and write music. She wants to be a song writer in the future. She performed on stage with a popular German-Nigerian artist called Chima and made a music video to her most popular single called “Daddy” featuring Chima. She wrote the lyrics and music to this song.

The video has over 60,000 views and has a lot of fans creating their own parody version of the video. The sky is the limit for Janina. She has a silky voice and her lyrics come straight from the heart which touches a lot of fans.
Check out the video below.