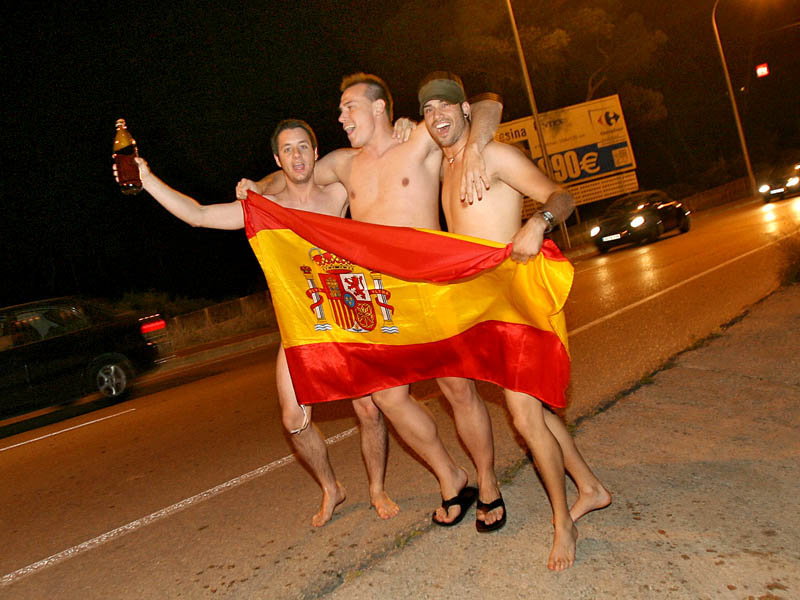 Germany's parliament approved by a large majority on Thursday, a European aid package for crisis-wracked Spanish banks that aims to prevent Spain's whole economy being dragged deeper into the mire

In the 10th German vote on European crisis measures since the debt crisis began, lawmakers voted by 473 to 97 to pass the package worth up to €100 billion to pump in much-needed cash to the Spanish banking sector.  A handful of MPs from all parties, hauled back from their summer holidays, voted against the rescue package amid unease in Germany, Europe's top economy, that it is putting itself on the hook for ever more bailouts of debt-stricken countries.

While the package received broad cross-party support, the parliamentary head of the opposition Social Democratic Party (SPD) Frank-Walter Steinmeier said several MPs in his ranks were "totally unconvinced."  “How many rescue packages are we actually going to need?" asked Steinmeier. "It cannot go on like this."

The vote was urgent as Madrid hopes to sign the formal agreement with eurozone finance ministers on Friday.  Opening the debate, Finance Minister Wolfgang Schäuble said "today is about giving Spain the necessary time to solve its banking problems. "In this exceptional situation, we are helping the Spanish state to battle against the overblown nervousness of the financial markets and we are therefore making our contribution to the overall financial stability of the eurozone."

In total, there were 13 rebels from Merkel's conservative CDU/CSU party and nine from her junior coalition partners - with one abstention.

There were also 14 SPD deputies who voted against the package, with two abstentions. Spain is hoping to get a first slice of €30 billion by the end of the month and has in turn agreed to a raft of banking sector reforms and EU inspections to ensure the restructuring process is effective.

Demonstrating the urgency of the rescue, a Spanish bond auction earlier Thursday resulted in sharply higher borrowing costs and lower demand, pushing rates on the secondary market up towards the seven-percent level seen as unsustainable.  The debate in Germany, which is putting up nearly 30 percent of the loans, has revolved around who is liable for guarantees.  EU leaders agreed at a summit last month that money from their permanent bailout fund could be used directly to finance banks but only once a comprehensive Europe-wide oversight body, probably under the European Central Bank, was in place.

Berlin has insisted that until then, the Spanish government is responsible for the loans - and for ensuring they are repaid. "Spain makes the application, Spain gets the money to recapitalise its banks and Spain is liable as a country for the aid," Schäuble stressed. Analysts were broadly relaxed about the parliamentary vote and it made few waves on the markets.  Economists are eyeing what could be bigger speed bump on the road towards saving the euro on September 12, when Germany's top court rules on whether the eurozone's €500 billion permanent rescue fund can be passed into law.

The Federal Constitutional Court is to hand down its judgement on a raft of challenges to the European Stability Mechanism and the EU's fiscal pact after Germany's president withheld his signature, delaying their entry into force. Observers expect the court to allow the key crisis tools to pass but may insist that Germany's parliament have a greater say in future rescue action, meaning Thursday's emergency vote is unlikely to be the last, analysts said.