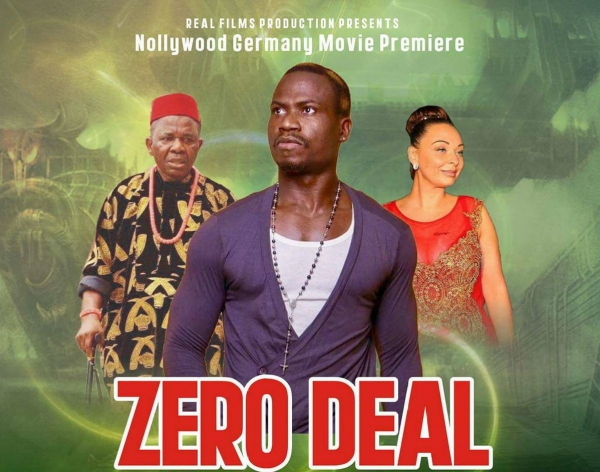 The demand for films from NOLLYWOOD is not only great in Africa, but also in America and Europe. Many people are enjoying the films. The films make it possible to unite young and old, as they focus on life in Nigeria from yesterday and today. Many of the Africans and Afro-Germans living in Germany would like to have the opportunity to experience NOLLYWOOD films in German cinemas. But the only way they can see the latest Nolly wood movies is through DVDs.

Grace Evaly of Nollywood Germany is creating a way for brand new NOLLYWOOD movies to be shown at least once a month in selected cinemas in Germany. Through her good contacts with the industry, she can receive the latest and most popular Nollywood films. The films are mostly in English, but plans are in place to provide German subtitle to make it accessible to a wider audience. Depending on the success, filming is also planned where NOLLYWOOD stars can be invited to come and shoot in Germany.

Grace Evaly was born and raised in Lagos, Nigeria. Already during her school years she played several roles in TV commercials, music videos and magazines For ten years (1996 - 2006) she worked as an actress in Nigeria and worked in different projects of the film industry of Nigeria which is known worldwide as NOLLYWOOD. In 2006 she came to Germany for the first time to take part in a film making. Then in 2007 she moved to Hamburg. Her goal is to unite cultures and generations through cinema and film and to also provide an insight into the life of Nigeria from yesterday and today.

On Saturday, May 20th, 2017, the first Nollywood movie in Hamburg entitled "Zero Deal" will be featured at the Metropolis Kino (Kleine Theaterstraße 10, 22354 Hamburg).

The film is about the story of an African who comes to Europe with a visa that is bought at a high price. The film was shot in Germany, Sweden and Nigeria and is filled with well-known NOLLYWOOD actors. One of the actors, Chiwetalu Agu, will also be present at the premiere in Hamburg.