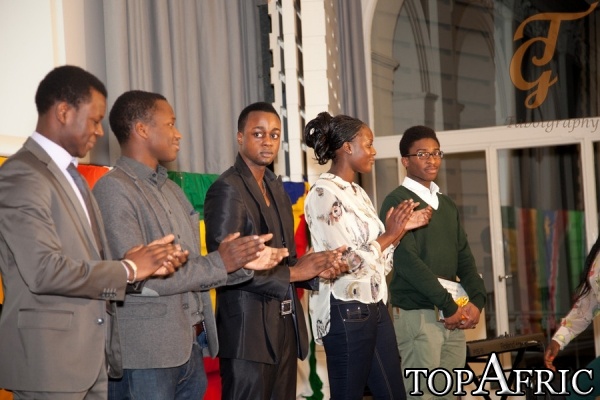 In most circumstances, community leaders and the services they rendered freely are often forgotten and disregarded in the eyes of those whose interest are served at the grass root. The irony is that in community services money are not made rather those who are committed to this selfless work put in lot of time and money

at the expenses of family to make ways where none existed before; whereas it’s through such sacrifice that a community benefits from the larger society, people at the receiving end tend to overlook even looked down on volunteers effort to put community interest on the part of improvement and mental development, that regrettable sometimes leads to pull down syndrome, a habit habitually known in African community at home and abroad.

As a matter of facts and figures African community in Hamburg unmistakably falls into such Diasporas community where selfless sacrifice are not always appreciated or recognized, but thanks God it’s not always the case. The good news is that while some persons may pretend or discard achievements recorded by community members, Institutions like the churches and other entities often do not, as there are always a time to pay back good deed in terms of recognitions and recommendation to those institutions or individuals whose contribution has made significant contributions to the plight of the people.

More also, now that the rate of African community in Germany is increasing in numbers as more new migrants joined families and siblings with the colored children sprouting the street of Germany, so are the burden of integration and community building. And one of such few institutions in Hamburg that champions the interest of the community and bringing educational awareness to our kids is TopAfric Media Network, founded by Desmond John Beddy, a Ghanaian – German trained IT -Expert.

Over the years this pioneer Media outlet has contributed immensely to the growth of African Media in Germany, through sheer hard work and dedication TopAfric has graduated from ordinary media outlet to Youth Educational Empowerment House for the African immigrant’s children in Germany. To achieve this, the media house apart from other services it offers to our Boys and Girls through IT programs, radio apprenticeship, training, retraining of presenters and broadcasters, launched the African Youth Education Awards (AYEA) project in 2011. Which was designed to encourage higher education among African children in Germany.

The last event marked the fifth consecutive time of the project, in attendance were many dignitaries from the seat of government in Berlin. Representatives of Hamburg, African diplomatic corps and Consuls and a host of other business men and women, important personalities from host and foreign communities alike, and of course college students and their parents, the prospective students were there at the Hamburg Chamber of Commerce to receive their awards and awareness. Indeed, the AYEA project truly has been a huge success over the years, the level of awareness within African kids is gradually but slowly building up. Every year these kids are excited to converge again in pursuit of this goal of getting into colleges, vocational institutions and universities, to dream high and to earn some degrees for the future.

The integration aspect of the event is amazing, though an African event it is gradually becoming multi-cultural with people from all corners of Africa, Bio-Germans, German nationals and non-Germans represented, the definition of a German in Hamburg is very challenging.

With the above objectives as enumerated, TopAfric is once again nominated for the "Eine-Welt-Pries” an Award in recognition of their outstanding contribution to the African community. In the same vein the youth wing of Bethel Prayer Ministry International Hamburg-Germany equally presented an Award to the TopAfric Team. It must however be made clear that community building is a task for all. I therefore salute all other community leaders, churches, chiefs, students, businesses and state institutions that are spearheading the change in the African community.

Finally, Education they say is the key to a better future, on this note, I wish to enjoin African parents in Germany to do their utmost best by making sure their kids are encouraged beyond mouth seeking for higher education in life hence there is no other alternative to a secured better life and future.

The change we desire to make can only come from us and easier if we put our forces together. TopAfric is a pacesetter when it comes to team work.Kennedy Chidi Adams Freelance Journalist based in Hamburg

Community Building a Task for All

Cristiano Ronaldo scored one of the Champions League's great goals

Living poor in the Land of Abundance and Plenty

Why Are Africans Loud in Public?