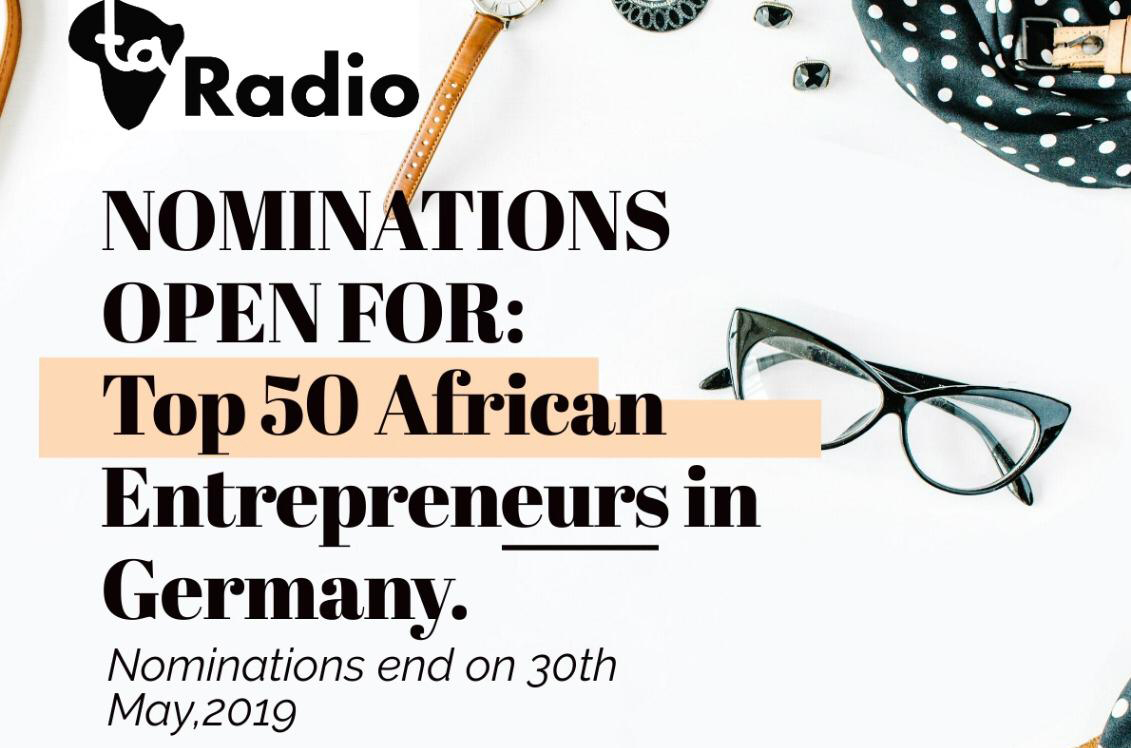 On Monday 25th March, 2019, Radio TopAfric released an online nomination form for people in the diaspora to nominate The Top 50 African Entrepreneurs in Germany. This is an official ranking by the radio station which is highly committed to inspire, inform and entertain listeners across the globe with quality content.

This ranking will be conducted in the highest form of fairness and credibility by the able selection committee who will be introduced subsequently. On the 30th of May, 2019 the nominations will close for the ranking to be released, weeks after thorough checks and confirmations.