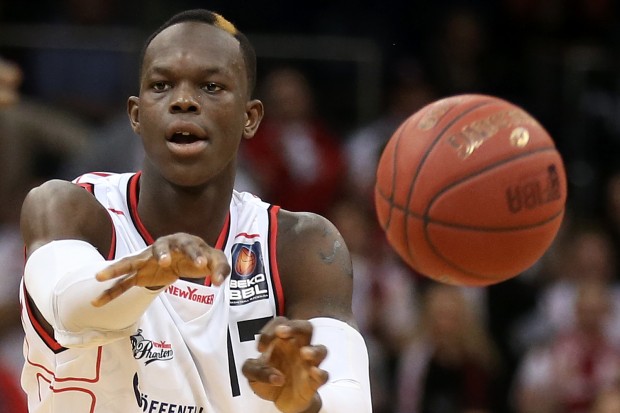 Another tall German has followed Dirk Nowitzki to the top rank of the American basketball - this time 19-year-old Dennis Schröder has been signed by the Atlanta Hawks.

Schröder has been a professional in his hometown of Braunschweig in Lower Saxony for the past two years, and plays for the German under-20 national team.

"It is an unbelievable feeling and my dream has come true. I spent the whole evening waiting with my family until my name was called," he said, after watching the NBA draft on television.

Schröder, who plays point guard, said the Atlanta Hawks had offered him a great situation and that he was looking forward to playing with them.

"I'm very happy for Dennis. He will represent German basketball brilliantly in the USA and I am already looking forward to the national team summer when he will go out wearing the German eagle," said Ingo Weiss, president of the German Basketball Association, Bild newspaper reported on Friday.

Schröder is the first German to be drafted to the NBA in the first round since Nowitzki.