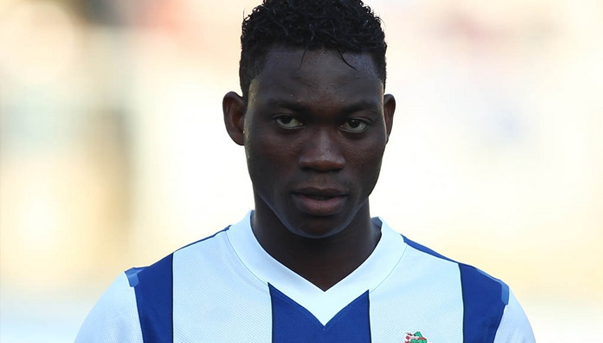 The emergence of exciting young players is not a new phenomenon in Ghana.

Over the years, many youngsters have burst onto the stage amid shouts of, "he's the next legend!"

Sadly, many of them have flattered to deceive while others have sunk without trace.

But in Christian Atsu the Black Stars have a player of undoubted ability, an excellent prospect, whose movement with the ball at his feet is exceptional.

If the 19-year-old goes on to become a football great, many will remember 8 September 2012 as the day he officially announced his arrival.

That is the day Atsu - who plays for FC Porto in Portugal - made only his third appearance for Ghana against Malawi in an Africa Cup of Nations qualifier in Accra.

Although he impressed in two previous matches against Lesotho and China, it was against the Flames that Atsu made people sit up and take more notice of him.

His first touch was a thing of beauty - gliding past opposition defenders with remarkable ease - and his overall use of the ball was so mature for someone so young.

At some point we thought we were watching a reincarnation of the legendary Abedi Pele, especially when Atsu had the ball glued to his left foot while running at and scaring Malawian defenders.

Flare, movement and technical skill all intertwined into a Ghanaian football machine?

Naturally, many Black Stars fans, thrilled by his goal against Malawi, went on social media to hail the arrival of the 'Ghanaian Messi'.

Not that being compared with the Barcelona magician unsettles Atsu.

"Messi is my idol. There's no Ghanaian Messi, there is no other Messi in this world," he told BBC Sport.

"I can never play even one percent of what Messi is doing. It's impossible."

Two goals in his first four games for Ghana suggest an eye for goal but Atsu believes his biggest quality lies elsewhere.

"For anyone to dribble, the first touch has to be perfect. I think that is my biggest quality."

Not many who have seen him in action would disagree with that self-assessment.

Having begun his football education at the Feyernood Academy in Ghana, Atsu earned a contract with FC Porto in 2010 and was immediately loaned out to Rio Ave.

Ghanaian football connoisseurs, fans and fellow-players are unanimous in their belief that Atsu has a bright future ahead of him.

The 2011 BBC African Footballer of the year added: "I believe that he's going to be a great player."

Asamoah Gyan has also seen enough to be excited about: "I've seen all three games that he has played for Ghana and he's been incredible.

"If he continues this way he's going to be a star."