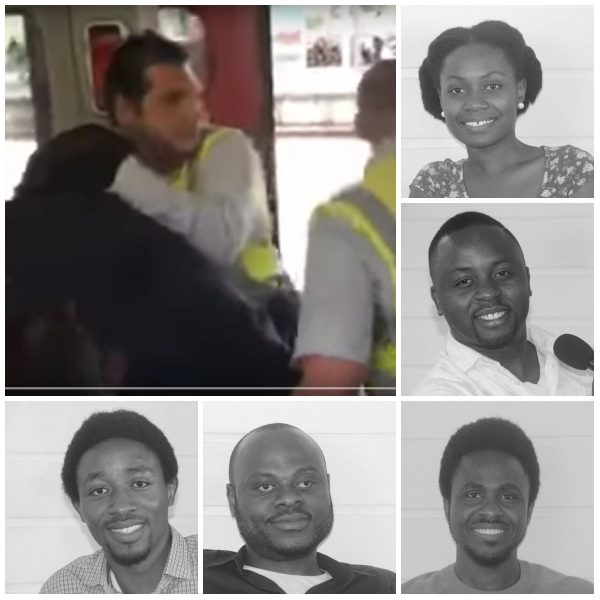 Nigerian man brutally dragged off a train in Munich: Does it look like racism? Nigerian Scholars in Germany Speak About  The Train Incident.

The Facebook video uploaded by Natalija Miletichttps://www.facebook.com/natalija.mi.75?lst=1453513993%3A100005263113718%3A1498644463 which appeared to show a man said to be a 48-year-old Nigerian, being savagely dragged out of a train for reportedly refusing to provide his ID and pay a fine for not having a ticket has been viewed more than one million times and has generated a fierce debate in Germany and Nigeria as to whether the brutal action of the Two ticket inspectors of the Deutsche Bahn amounted to racism or not.

Four young Nigerian scholars have decided to join the debate on the L.O.L show on TopAfric and have offered a strong rebuke of the behaviour of one of the parties involved. Ewa Ade, Chemical and Bioprocess Engineering masters student at Technical University Hamburg, Ade Adedeji, Ph.D. candidate in Psychosocial medicine at the University Hospital Hamburg. Edward James,Business Informatics student at the Leuphana University of Lüneburg and Uche Ilechukwu, Information engineering student at the Hamburg Univeristy of applied sciences. Host of the L.O.L show on TopAfric is Daio Sadiku.

Find out by watching the video and join the debate by providing your opinions in the comment section below.