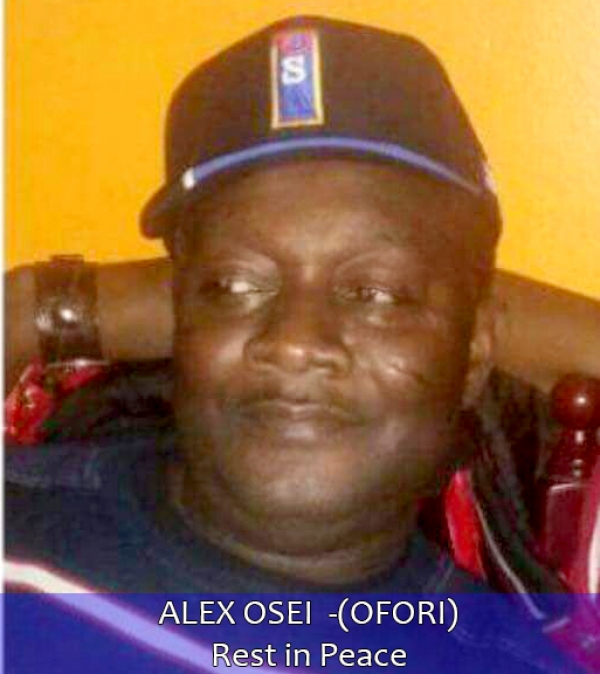 Alex Osei, A Ghanaian who also goes by the name of Ofori has reportedly been stabbed to death.  The dead body was discovered on Saturday, the 12th of August 2017 in Hamm, a subdivision in Hamburg, Germany

Most of Oforis’ friends are members of the Hamburg Men’s Club. When they couldn’t reach him, they decided to go to his apartment.

Yaw Barimah, Osei "Yopooh" Bismark , and Bimpah who are all friends of the deceased went to his residence. They rang the door bell and got no response. So they decided to call on a Francis, who had info as to where they could get the keys.

They eventually got the keys from a Moses and proceeded to enter.  Upon entrance, they noticed he has been covered with clothes and had a knife stucked in his back. They quickly called Mr Teddy, one of the community leaders who told them to call the police.

The body is currently with the Eppendorf hospital for further examination, then after the state prosecutors will instruct the body to be released for burial. Teddy and the Ghana Union leadership are working closely for his release.

The late Mr. Osei has 3 children who live in The Great Britain with the ex-wife (Doris). He resided together with his family in Hamburg before moving with them to England where he lived for a while.  He later returned to Hamburg alone.

His roommate who was arrested has subsequently been released. Though there are several theories and speculations as to the cause of Ofori’s death. The police are yet to come out with the main reason.

TopAfric will get you updated.