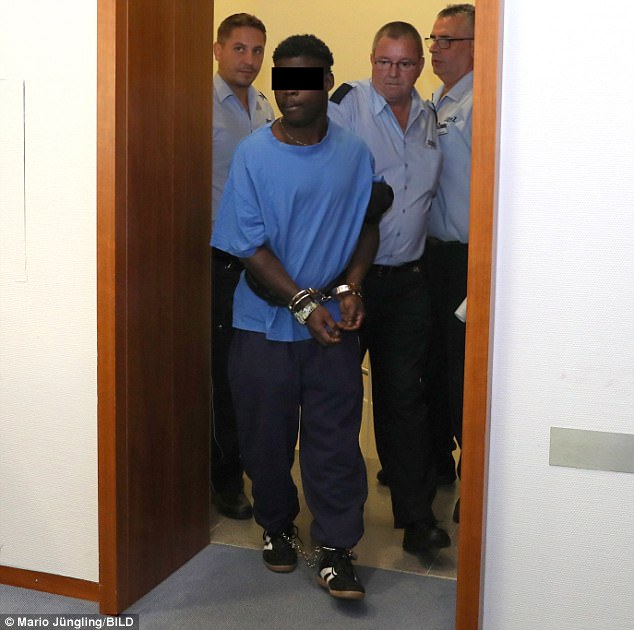 The trial involving a man accused of extortion and raping a young woman who was on a camping trip with her boyfriend began in a Bonn regional court on Monday.
The 31-year-old asylum seeker from Ghana allegedly threatened the 23-year-old woman with a branch saw and raped her in front of her boyfriend in April.

According to the prosecution, he cut the couple's tent with the saw and demanded they give him their valuables before raping the young woman, the Süddeutsche Zeitung (SZ) reported.

The young couple from Baden-Württemberg were camping in the Siegaue nature reserve north of the former German capital of Bonn in North Rhine-Westphalia.

The 26-year-old man had been afraid to intervene but afterwards managed to call the police.

A nationwide manhunt then took place as the perpetrator had fled, running off into the night in the direction of the Rhine river.

Police had also distributed facial composite images of the man. Five days later, a passerby who noticed a resemblance between the images and the man alerted the police who then made an arrest.

On the first day of the trial, the defendant denied the crime. He described in detail how he grew up in Ghana as the son of a rich plantation owner.

The man - whose hands and feet were bound in the courtroom - did not follow the advice of his two lawyers on making use of his right to stay silent.
"I don't understand why I should remain silent when I don't know anything about the case," the defendant said.

According to SZ, the case caused controversy when it was later discovered that the young man's emergency call was initially considered a joke by a respondent at the control centre in Bonn.

The trial at the regional court in Bonn is expected to last eight days.