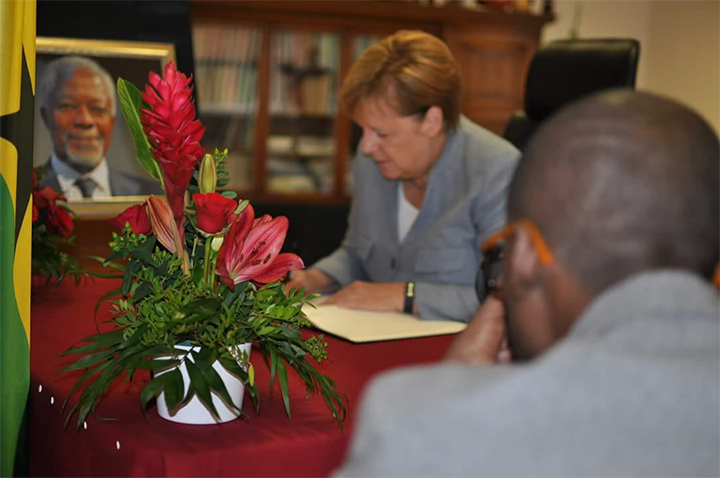 The German chancellor Angela Merkel was at the Ghana embassy in Berlin to sign the Kofi Annan book of condolence. The late chief diplomat was the former United Nations Secretary-General and Nobel Peace Prize Laureate.

He died peacefully on Saturday, the 18th August 2018 in Switzerland after a short illness. His wife Nane and their children Ama, Kojo and Nina were by his side during his last days. He was 80 years old.

The Ghanaian born career diplomat until his death was the chairman of the Kofi Annan Foundation and chair of The Elders, the group founded by Nelson Mandela. He was widely admired and an inspirational personality to young and old alike. The world lost a great personality, Africa and Ghana in particular lost a great son, he will be loved forever.