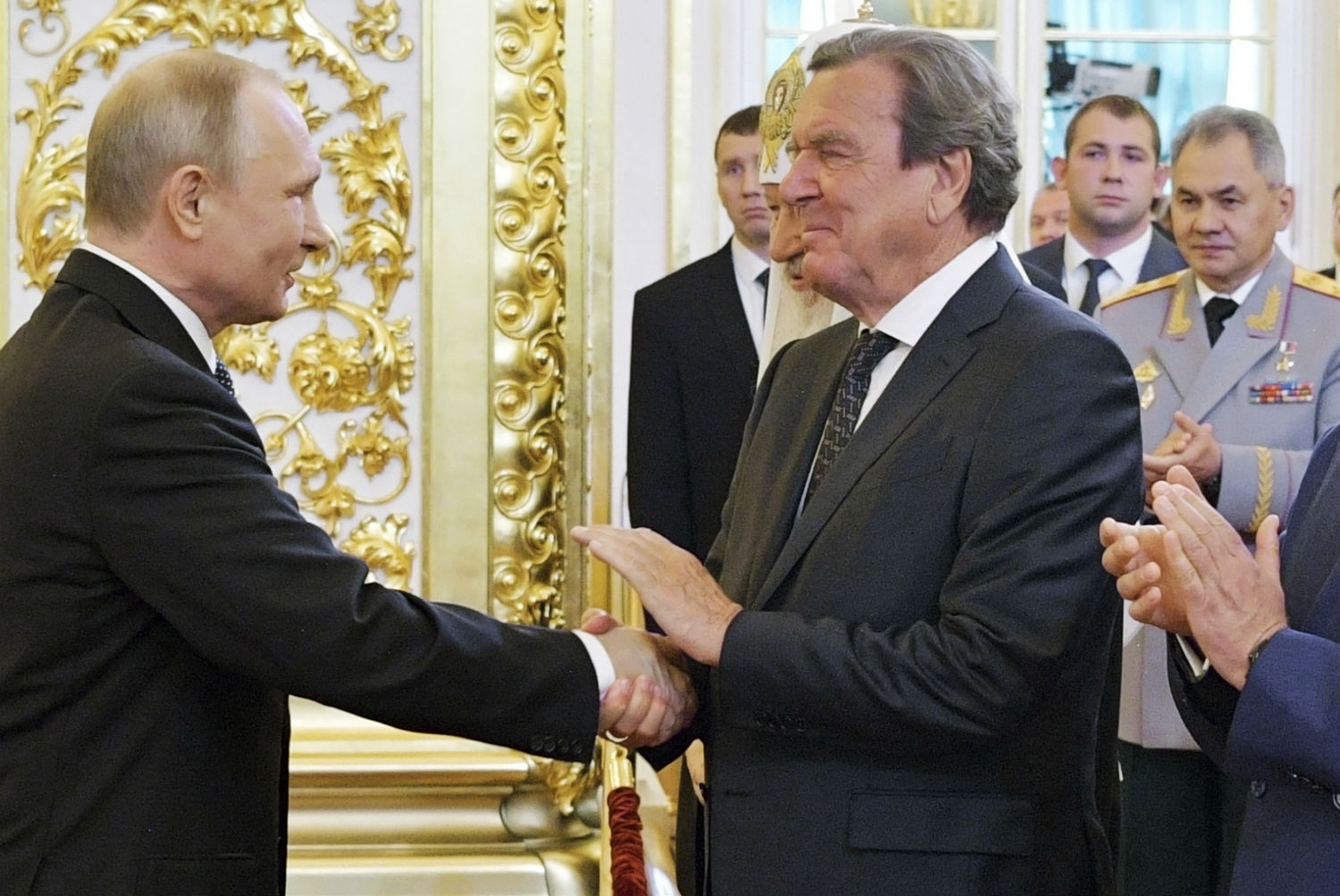 Not many people were offered the opportunity to shake Vladimir Putin's hand at his swearing-in ceremony. The leader of the Russian Orthodox church, Patriarch Kirill of Moscow, was there to congratulate the Russian President. Prime Minister Dmitry Medvedev also waited to offer his boss his hand. But he had to wait in turn behind the former German Chancellor, Gerhard Schröder.

In a sign of the closeness between Schröder and Putin, the former Chancellor was placed in the first row at the ceremony, which was attended by some 5,000 people. Russian Foreign Minister Sergei Lavrov had to make do with a seat behind him.

Putin won the Russian election with 77 percent of the vote in the election in March. The OSCE criticized the overly controlled legal and political environment that the vote took pace in. He will not be allowed to run for office again at the next elections in 2024, according to Russian law as it currently stands.

Putin has now been leader of the world’s largest country for 19 years and political scientists describe the political system he has built as a “one man network” in which people only have the president to thank for their positions of authority.

And right in among the handful of Russians at the top of Moscow's power table is Schröder, who led Germany from 1998 to 2005 as head of the centre-left Social Democrats (SPD).

Schröder built up a close friendship with Putin while he was still in power and took up a job at a subsidiary of Russian state-owned gas company, Gazprom, almost as soon as he was voted out of office. Since 2017 he has been head of the executive board at Rosneft, the state oil company, showing his growing influence in Moscow.

Schröder wasn’t the only prominent German at the swearing-in ceremony, though. Matthias Warnig, a former officer in the feared East German Stasi, waited behind him for the chance to shake Putin by the hand.

Despite his dubious past, Warnig is CEO of Nord Stream AG, the company that is building gas pipelines from Russia to Germany. The first of those pipelines has already been built. But construction on Nord Stream 2 faces stiff resistance from the EU and states in Eastern Europe. East European countries fear the pipeline will make Germany too dependent on Russian gas.

In a further signal on Monday that Moscow sees Germany as its key interlocutor in the west, the Kremlin announced within minutes of the end of the ceremony that Chancellor Angela Merkel would be coming to Moscow on an official visit.

Merkel’s visit comes at a time of high tension between Nato and Russia. Key Nato powers accuse Russia of breaches of international law, including supporting chemicals weapons use in Syria and using a nerve agent to attempt to kill a former spy in the UK.

Putin for his part has charged the US with following an ever more aggressive foreign policy which is aimed at toppling his regime.

The prominent positioning of German guests at Monday's ceremony and Merkel's visit both seem to indicate that Putin sees Germany as the key to breaking the ice on the Siberian frost which has crept over East-West relations.

Germany is after all the only foreign country Russia's strongman knows well as he was stationed near Dresden as a Cold War intelligence agent and speaks excellent German.

But that doesn’t always make relations with Berlin straightforward. While the German public are often more reluctant to follow a hawkish line towards Moscow than the British or US electorates, Schröder has been heavily criticized back home for his cosiness with the Kremlin.

And although Merkel has put more time and patience into maintaining a dialogue with Moscow than any other western leader, she was also the main architect of EU sanctions after Putin annexed the Crimea in 2014.

Moreover, Germany’s new Foreign Minister Heiko Maas has taken a considerably tougher line on Moscow than his predecessors. “Russia is unfortunately acting ever more aggressively,” he said in an interview with Spiegel, before directly blaming Moscow for “the first chemical weapon attack on European soil since the end of the Second World War."

Like Schröder, Mass is a member of the SPD, the party that invented the concept of Ostpolitik (normalization of relations with the USSR) in the 1960s. Putin might have the ear of some in the older SPD generation, but he still has much to do to convince those in power in Germany to follow suit.
The Local 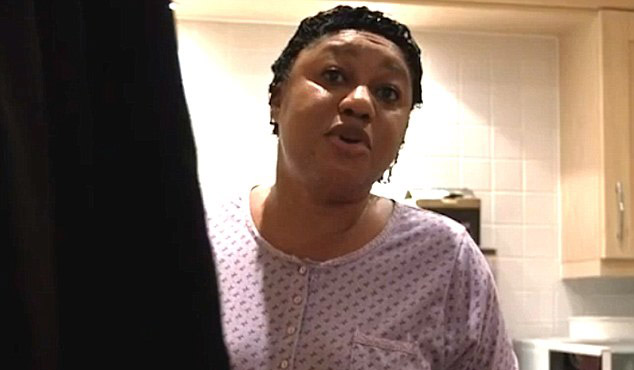 A UK-based Ghanaian woman with three different names, has been listed in Britain's top 10 tax dodgers. Christine Ago, also known as Khristine Frimpong and Jennifer Christine Koranteng (left), was sentenced to three years for money laundering offences in 2008.

The new alleged tax-dodgers have been added to the British Government’s most-wanted list but only one of the original 20 has been caught in the past year. All the 10 people listed are said to have cost the British taxpayer between £120,000 and £10 million.

Her Majesty’s Revenue and Customs (HMRC) last year published the names and pictures of 20 people accused of fleeing while owing hundreds of thousands of pounds - and in many instances millions.

The appeal helped provide intelligence on 15 of the alleged offenders, no update on four and one was captured, according to HMRC.

A second man not included in the original list of 20 but later said to be on it has also been caught in the last 12 months, the department says.

HMRC has now renewed its appeals on 19 of the suspects while adding 10 new names wanted in connection with offences including VAT fraud, tax evasion and money laundering.

Chancellor George Osborne said the new list will help bring more 'tax fraudsters' to justice. But Labour insisted the most-wanted list had been a 'huge failure' with so many suspects yet to be caught. The new list includes Michael George Voudouri, who pleaded guilty at Glasgow High Court in relation to money laundering linked to VAT fraud but failed to appear for sentencing.

HMRC said the man, aged between 40 and 50, is believed to be residing in northern Cyprus and is estimated to have cost taxpayers £10 million. Anish Anand, aged between 25 and 35, is also included after failing to appear at Croydon Crown Court in April 2013 in relation to £6 million VAT and film tax credit fraud.

Anand was convicted in his absence last month and is thought to be in the UK. Another on the list is Michael 'Arthur' Fearon, aged between 18 and 25, who was charged in connection with evasion of excise duty on nearly 8.4 million Benson & Hedges cigarettes, according to HMRC.

He is also wanted by the UK Border Agency in connection with money laundering offences and also by Republic of Ireland police for driving offences. HMRC said he crossed over the border into Northern Ireland driving a Black Mercedes C200 CDI Sport.

The department estimates the Northern Irish man has cost taxpayers £2million and believes he is in the Republic of Ireland. Mr Osborne said: 'The Government has stepped up HMRC’s enforcement activities to enable them to pursue tax cheats relentlessly around the world.

'The publication of HMRC’s Most Wanted has already helped catch two people wanted for tax fraud. 'This new list will help put more tax fraudsters in the spotlight and bring them to justice.'

But shadow Treasury minister Catherine McKinnell said: 'One year on, it’s a huge failure that 18 of the 20 most wanted tax fraudsters have still not been caught.

'At a time when families are facing a cost of living crisis, it’s even more important that everyone pays their fair share of tax. The Government needs to do better.'

The two men caught since the most-wanted list first emerged are John Nugent, 53, and Anthony Judge, aged between 35 and 45.

HMRC said Nugent fraudulently claimed more than £22million in duty and VAT reclaims. The Crown Prosecution Service announced on May 31 that Nugent had been jailed for four and a half years for an £11 million fraud.

Judge was wanted for his role in arranging financial crimes totaling more than £350,000, HMRC said. He failed to appear at Canterbury Crown Court in 2003 to answer charges relating to money laundering and had not been seen since.

HMRC said Judge was caught at Heathrow Airport on July 4 while travelling on a false passport and has since pleaded guilty. 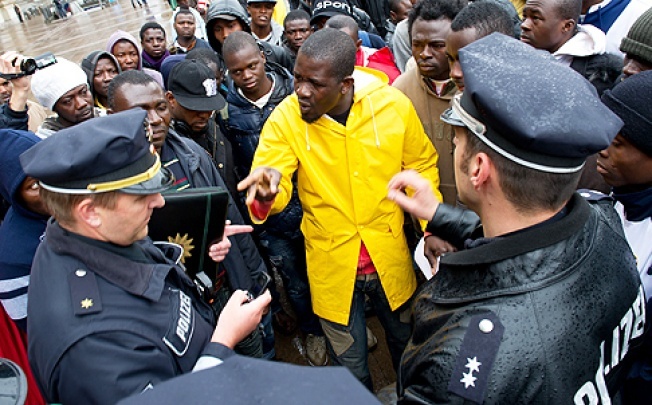 Some 300 African refugees currently living behind Hamburg’s Bismarck monument reportedly received €500 from the Italian government to leave for Germany. Officials are unsure what to do next, as they have no shelter and no money.

Swathes of refugees turned up in Italy after war broke out in Libya and, according to a letter from Germany’s Interior Ministry seen by Die Welt newspaper, thousands of them recently received €500 each from the Italian government to leave the country.
“Refugees were slipped the money under the advice that they would go to Germany,” the letter, addressed to refugee advisors, said. In Italy they were offered temporary accommodation, the EU funding for which has since dried up.

Around 300 of these refugees have set up home behind the Bismarck monument in Hamburg, where there is no shelter and, according to refugee rights activists Karawane, cold, wet weather has left lots of them ill.

“They have no legal right to accommodation or state support and it would be irresponsible to give them false hope,” Hamburg Social Affairs Minister Detlef Scheele, told Die Welt. “There is no alternative other than for them to go where they can work and have the legal right to reside, be it Italy or their home country” he added.

The city has offered its new residents free train tickets back to Italy, but to little success.

It seems, the newspaper said, that Italy gave many of the refugees – who despite coming from Libya are largely migrant workers from Togo, Nigeria and Ghana – a temporary pass allowing them to move freely within the Schengen zone.

This pass granted them three months stay somewhere in the Schengen areas of the EU, but many have already been in Germany longer and, according to the letter, those who have not do not appear to be making plans to leave.

Karawane are reportedly looking into whether charges can be filed against Hamburg city for bodily harm through neglect or failure to offer help.

Outside of the bureaucratic world, Hamburg’s churches and charities have been gathering tents for them, as well as offering basic healthcare and advice sessions. 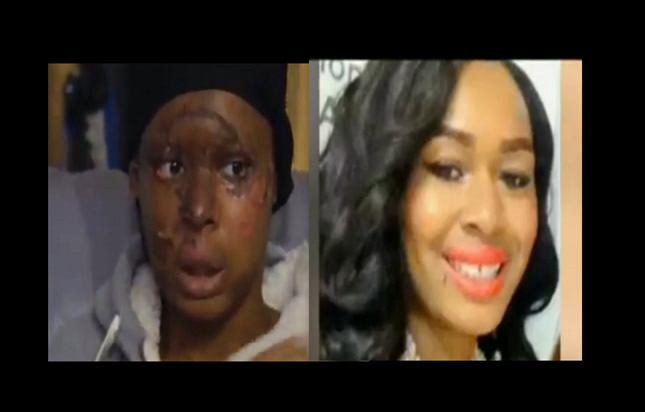 The evil that people perpetrate on others is just unbelievable. A woman was getting off the bus in East London, when an unknown attacker dressed in all black approached her and poured acid on her face.

The 20yr old victim, Naomi Oni, said she didn’t see who the attacker was and doesn’t know why someone would pour acid on her.

She received burns to her face, eyes, ears, lips, and tongue.  When she saw her injuries, she said she didn’t want to live any more.  But after going thru so much operations and getting some of her features back, she is now determined to live.

She is a survivor and she says her attacker failed.  May God bless and her and grant her a speedy recovery.  The attacker is still at large. Any information about the attack should be reported to the East London Police