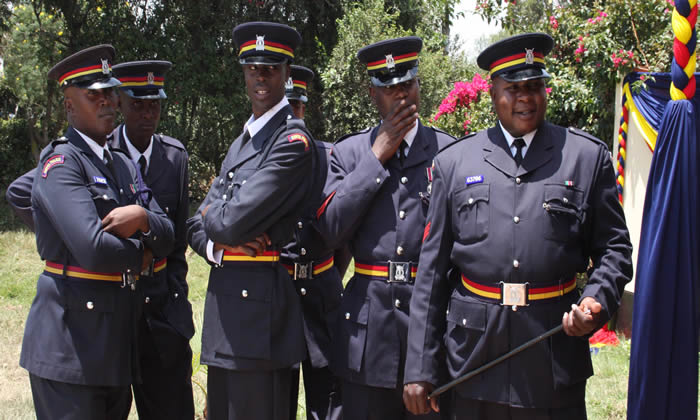 A Kenyan man has been charged after allegedly pretending to be an assistant commissioner of police for five years. Joshua Waiganjo is said to have sacked and recruited police officers in Rift Valley province during this time.

He denied two counts of impersonating a police office, one of illegal possession of police uniforms and one of robbery with violence.

He was reportedly uncovered after flying on a police helicopter to investigate a massacre of officers.

In November, at least 42 police officers were killed by cattle rustlers in the Suguta valley - the most deadly attack on police in the East African nation's history.

After pleading not guilty on all four charges, the case was adjourned to allow Mr Waiganjo to seek medical treatment for diabetes, local media report.

Police spokesman Eric Kiraithe told Nairobi's Capital FM that Mr Waiganjo had not been paid a salary by the police service.