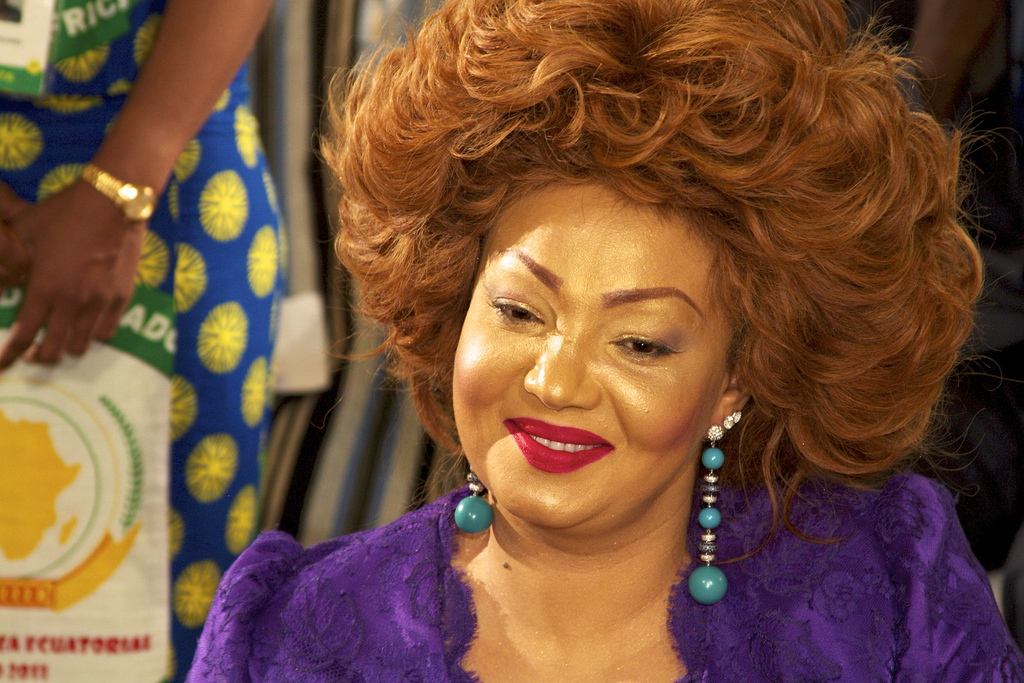 She married President Paul Biya on 23 April 1994, after his first wife, Jeanne-Irène Biya, died in 1992. Chantal Biya has established several charitable organisations. Among them are African Synergy, which pursues various HIV/AIDS initiatives, and the Chantal Biya Foundation (French Fondation Chantal Biya). She hosted the original First Ladies Summit in Yaoundé during the 1996 Organisation of African Unity summit. Her Jeunesse Active pour Chantal Biya is an organ of her husband's Cameroon People's Democratic Movement.

Among Cameroonian women, Biya is famous for her hairstyles. Her signature style is called the banane, and is used for formal occasions. Biya has popularised other styles; collectively, they are known as the Chantal Biya. She is also known because of her exotic wardrobe. Some of her favourite designers include high-end Western labels such as Chanel or Dior.
Grand Prix Chantal Biya is a professional road bicycle racing event on the UCI Africa Tour. Chantal's mother, Rosette Marie Mboutchouang, was elected Mayor of Bangou following the July 2007 municipal elections.

In November 2010, Bertrand Teyou published a book titled La belle de la république bananière: Chantal Biya, de la rue au palais (English: "The belle of the banana republic: Chantal Biya, from the streets to the palace"), tracing Biya's rise from humble origins to become First Lady. He was subsequently given a two year prison term on charges of "insult to character" and organizing an "illegal demonstration" for attempting to hold a public reading. Amnesty International and International PEN's Writers in Prison Committee both protested his arrest and issued appeals on his behalf; Amnesty International also named him a prisoner of conscience. He was freed on 2 May 2011 when a well-wisher agreed to pay his fine in order that he might seek treatment for his worsening health condition.