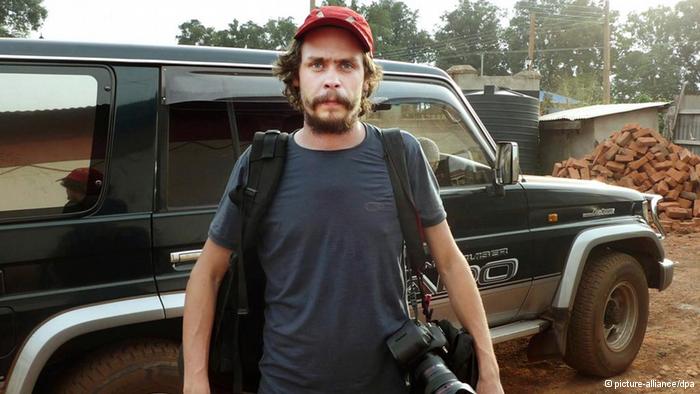 Ethiopia has pardoned two Swedish journalists jailed last year for supporting terrorism, a minister has said, adding they would be freed soon.

Martin Schibbye and Johan Persson are serving an 11-year jail term after they were captured in July 2011 with rebels in eastern Ethiopia.
Prime Minister Meles Zenawi pardoned the journalists before his death last month, the official said.
They have always argued they were in Ethiopia just to do their job.
Schibbye and Persson appealed for clemency following their conviction in December 2011 for supporting the Ogaden National Liberation Front (ONLF), which Ethiopia regards as a terrorist group.
The Ethiopian New Year - when prisoners are often freed - will be celebrated on Tuesday.
"The two Swedes are among the ones to be released," said Justice Minister Berhan Hailu.
"The decision to pardon them was made in July," he said, adding that they had to leave the country within 24 hours.
'Weapons training'
Mr Meles, who was in power for 21 years, died last month after a long illness.
The government said his deputy, Hailemariam Desalegn, would be sworn in to serve as prime minister until the next election, due in 2015.
But this has not yet happened, fuelling speculation of a power struggle.
Schibbye and Persson were captured by Ethiopian troops during a clash with ONLF fighters in July 2011.
The men acknowledged during their trial that they had held talks with ONLF leaders in London and Nairobi, before entering Ethiopia from Somalia and meeting about 20 members of the group 40km (25 miles) from the border.

They said their contacts with the ONLF were intended to help them to get into a region the Ethiopian authorities would not allow journalists to enter.

They said they wanted to report on the activities of a Swedish oil company, Lundin Petroleum, in the Ogaden.

Both men denied terrorism charges, including claims that they had been given weapons training.

Rebels in the Ogaden region have been fighting for independence since the 1970s, and the ONLF has been at the forefront of the fight since it was founded in 1984.
The Ogaden is an ethnic Somali part of Ethiopia.
One ONLF faction has signed a peace deal with the government, but another splinter group has continued to fight the army.
Rights groups accuse Ethiopia of trying to cover up abuses by troops in the region.