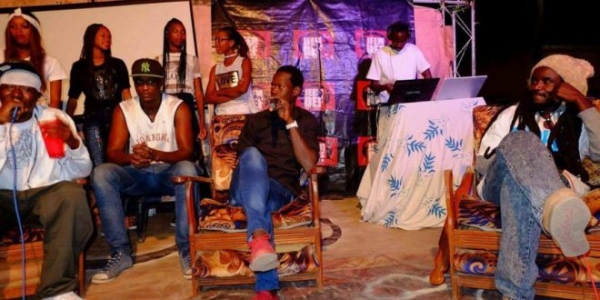 Fighting disinformation and raising awareness of the risks of exile: These are the goals of the Saloum Rapatak association, which has been active in Senegal for more than seven years. Jimane – whose real name is Ousmane Thioune – is a radio host and the president of Saloum Rapatak, an organisation based in the city of Kaolack, 189 kilometres southwest from the Senegalese capital of Dakar. He tells Leslie Carretero how his organization raises awareness of the dangers of illegal migration.

What is the role of Saloum Rapatak?

We want the Senegalese people to stay and invest in their country. Young people are the future. If they leave, who will run Senegal in the years to come? Who will take care of the fields? Senegal is not a poor country; one can work the land or raise livestock. We are in a stable country, not at war. We must believe in ourselves and invest here!

Through concerts, radio shows and forums, we educate young people about the risks of immigration. We go to meet the residents of the villages in the region. They are the least informed, it is important that they know the reality of exile and that they can have a future in Senegal. Migrants who have returned to Senegal after experiencing hell share their experiences. Some, for example, went all the way to Mali, just to return home after having become aware of the dangers.

Why is there such a need to raise awareness?

Young people leave here every week in the hope of reaching Europe. But they don’t know what awaits them on their route. Smugglers organize departures from Kaolack in the shadows, and lie to those wishing to leave. They tell them that everything will be fine and that the journey is safe, but that is not the case.

Senegalese youths detained in a prison for irregular migrants in Libya, where the conditions have been described as horrible. Many embark on the journey unaware of the dangers on the way / Photo: IRIN

The traffickers take the migrants by bus to Mali, and then on to Niger. From there migrants cross the desert in often catastrophic conditions. Arriving in Libya, they are entrusted to another man. In war-torn Libya, weapons are prevalent. It’s very dangerous. And people from sub-Saharan Africa are frequently mistreated there. One young man told me he had been attacked in the street and put in prison by the militia. Once he was locked up, they tortured him and asked his family to send money in exchange for his release. People have to know what’s going on there so they don’t listen to what the smugglers tell them.

Another problem comes from Senegalese immigrants themselves. They don’t talk about the problems they experience but instead glorify their situations. We are fighting many forms of disinformation.

Why did you launch this project?

About 10 years ago I learned that friends had left by bus from the central market in Kaolack, heading for Europe. They lived well in Senegal, they had a nice life. I said to myself, “These people are crazy. Why leave everything from one day to the next?” I haven’t heard from them since. I think they are dead. I think it’s terrible.