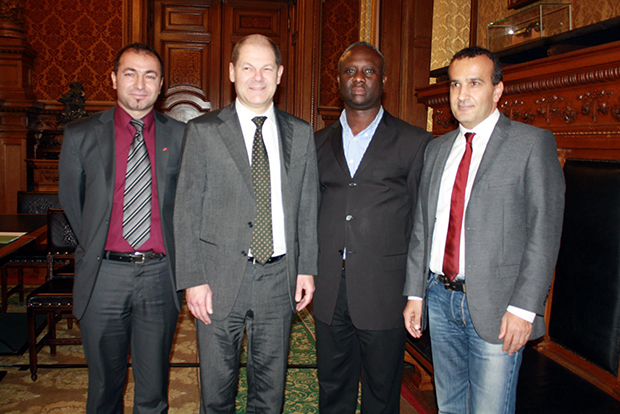 It is my dream that my best friend will be succeeded by my very best friend as the next German Chancellor. This is not because they are my friends but because they have proven their capabilities and their competence even in the face of the dreaded Covid-19.

From the moment the Queen of Germany, the finest political leader of all time decided she will no longer contest the leadership of her party (CDU), and that her fourth term as chancellor will also be her last term, I have been thinking and considering the best candidate to succeed her.

Angela Merkel is unique and unmatched! Our first direct encounter was in Berlin -Bellevue Palace, the official residence of the German president and that was when our dear sister Sylvaina Gerlich was honoured for her social engagement. The very moment she entered the hall, the cameras went to work and the flashes started singing. I had the opportunity to engage the most influential woman of all time. I quickly asked for a photo opportunity which was granted, and I still have this photo hanged in our office.

Our second encounter was in Hamburg, that was when I respected her the most. On that very day, Germany experienced bad weather; the winds were very strong, planes were not allowed to fly, trains were not allowed to move. Trust me, the event was not cancelled! She mastered courage and drove from Berlin to Hamburg to meet us. Wao… Never knew leaders could respect their citizens like that. 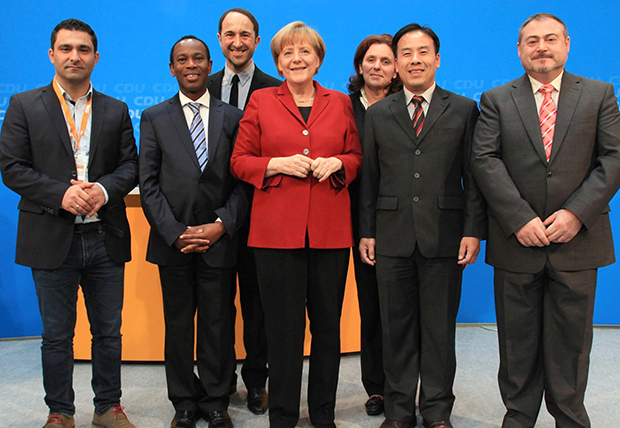 Angie, as I love to call her, has mastered all political challenges, 11th September, Arab Spring, Brexit, the Migrant crisis; when refugees stormed Germany in their numbers; I remember vividly what she said “Wir schaffen es”. The Euro Zone Crisis; Germany had to lead in saving Greece from failing and collapsing as a country.

“A failure of a member state is a fall for all ”Wir müssen zusammenhalten”.


In the same light, permit me to talk about my Hamburg friend in the person of Olaf Scholz the current vice Chancellor and Finance Minister of Germany who is contesting as Chancellor Candidate of Germany on the ticket of SPD.

He is a man of few words who takes his time in answering questions.

I once got the shock of my life when his then Press attaché (Jörg Schmoll) informed me that the Mayor of Hamburg wants to talk to me. "I was like me"…

On that faithful day, I dressed up nicely and as usual punctual at the “Rathaus”

“Herr Beddy we want to start a campaign, we want you to assist us in breaking it down to the African community. We want more migrants to become German citizens, we shall be sending letters out in bits, in alphabetical order.

I took up the challenge with publications and radio programs.  Currently, the number of Migrants particularly Africans with German passports has increased over the years. Surprisingly it is much easier today, to become a German citizen and obtain a German passport than getting a permanent residency. Yes, politics (policies) can make the impossible possible.

The fact is, we know Olaf Scholz, we have tested him, and Olaf has worked successfully with Angela Merkel all these years. Let’s do the rightful thing by supporting him on the 26th of September 2021.