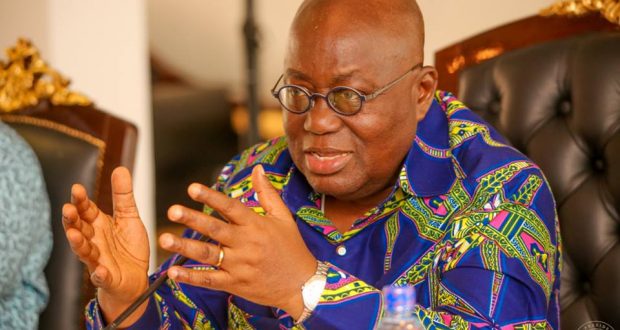 Over the past four years, President Akuffo-Addo of Ghana has gained a kind of global popularity that is rare for an African leader. I was sixteen and living with a relative within walking distance from his Nima residence in Accra when I saw him speak on television. The year was 2007. Through the cacophony on Ghana's airwaves and the fog of a nation still in transition, Akufo-Addo's voice cut through with a sense of purpose, clarity, and assurance that made him very relatable and trustworthy. I believe it is this quality, more than anything, that has allowed him to guide Ghana so ably during this pandemic. It has also endeared him to a global pan-African audience that has long yearned for an African leader who is both willing and able to defend the dignity and independence of the African people and countries. But there is more to Akuffo Addo than that.

To his credit, Mr. Akufo-Addo has had a transformational presidency so far. He has, at the very least, changed the way Ghanaians and other Africans think of basic education with his policy of free secondary education. His Year of Return initiative has made Ghana the epicenter of Afro-globalism in Africa in ways not seen since Nkrumah. But there is also no doubt that part of Akufo-Addo's legacy has been the institutionalization of corruption and the personalization of public institutions in ways that threaten the credibility and integrity of Ghana’s democratic institutions with permanent damage.

From the beginning of his first term of office, Ghana was besieged by chaos and violence, courtesy of a group known as the Invisible Forces, which is a band of unsanctioned, self-serving, and violent thugs tied to the president's political party, the NPP. But how invisible can a group be to be found at the residence and office of the President? In one incident, they assaulted an Assistant Superintendent of Police at the Flagstaff House, Ghana's version of the White House. In another, they assaulted an officer of the law in the Ashanti Region. Their punishment for the latter was a fine of one thousand eight hundred Cedis, which is less than 270 euros, and a promise of good behavior. To put that in perspective, the cost of beating a police officer in Akufo-Addo's Ghana, providing you're of his political persuasion, is less than the price of sleeping in some hotels in Accra for a night.

More recently though, we have seen greater involvement of soldiers in civilian affairs. It has increasingly become common for the political class and the rich to use the nation's men and women in uniform for their private and sometimes nefarious purposes. Just recently, a soldier was photographed carrying the bag of an individual reported to be the president’s private lawyer. In another incident, a troop of soldiers was caught on camera accosting a police task force and a journalist at an illegal mining site. The task force had gone there to arrest a band of mostly foreigners who had been mining there illegally. Turns out, the country’s soldiers spend part of their time securing illegal mines operated by foreigners. 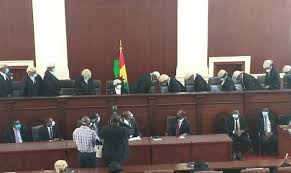 Then there was the event of January 6, 2021, when uniformed soldiers broke into Parliament in the name of law and order. Akufo-Addo’s government has yet to offer a good defense for that brazen attack on our democratic norms because there can be none. But like the extra-military activities of the early days of his first term, this too happened under his watch, and one can only conclude with his knowledge because the contrary is far worse.

Internationally, President Akufo-Addo has branded himself as a defender of Ghana and Africa’s economic interests and dignity. But paradoxically, he has used the powers of his office to entrench the ability of his cronies to loot the country. Corruption in Ghana indeed predates the Akufo-Addo government. But far from doing something about it, he has set himself on a course to institutionalize corruption in the country and in so doing, deprive multiple generations of Ghanaians of the chance of ever believing again in their government. If we can’t trust an Akufo-Addo-led government, whose government can we trust?

From the beginning of his first term, the president has had ample opportunities to make good on his anti-corruption promises. One of the first incidents involved the then president of the Ghana Football Association, Kwesi Nyantakyi, who was caught on tape in a sting operation taking a bribe of $65,000 (sixty-five thousand) from a man he thought was a foreign investor. Mr. Nyantakyi would go on to advise the investor on how to ‘take care’ of Ghana’s president, vice-president, and others. Not long after the publication of this undercover investigation, one of the journalists involved was murdered while leaving his family home. Mr. Nyantakyi has remained a free man.

In another undercover story, the head of Public Procurement Authority (PPA), the agency responsible for awarding government contracts, was caught on tape admitting to having set up a private company that was receiving contracts from the very agency he was heading. This individual, Adjeinim Boateng Adjei, was awarding himself contracts he would later sell for profit to third parties. Mr. Adjei remains a free man.

Then came in late 2020 a case involving the nation's Auditor-General, John Domelevo, who was forced to take a vacation by the President only to return to an office that was no longer his. Then a few weeks ago, a desperate Akufo-Addo finally brought himself around to removing the Auditor-General from office, this time for good. Mr. Domelevo was just months away from retirement.

Why would the Akufo-Addo do that? According to him, the president before him, John Mahama, had intended to nominate a different person for the job but changed his mind when he realized he wasn't going to remain president much longer after the 2016 election. In a letter to civil society organizations, the president writes in part:

In Mr. Akuf-Addo's defense, he is right to question why a lame-duck president will nominate someone to serve a president from an opposition party in such an important role. But there's very little sense in the actual substance of Mr. Akufo-Addo’s argument. Remember he said his problem with the Auditor-General was that he wasn’t the former president’s first choice? But why would a supposedly corrupt former president have a loyalist as his second choice? More importantly, Mr. Akufo-Addo could have raised his concerns at any point during his presidency, but he did not. It was not until the Auditor-General had launched an investigation into the President’s cronies that Mr. Akufo-Addo started to question his loyalty.

So what we have in Ghana is a president who fights harder to protect the wealth of his cronies than the wealth of his country. But far more alarming is that we have a president with a law degree who is brazenly indifferent to our democratic norms and rule of law. Ours is a country where no one can trust a constitutional office holder or even their neighbor to do what is right. No one believes they can be successful through hard work alone without going abroad or cutting corners. The executive branch of our government has become a hedge fund, with the president's campaign donors, political affiliates, and family members acting as its managers. Their governing philosophy is that of a win-win: nothing benefits the people unless it benefits them personally.

They say to us why can’t you just be proud to have Boris Kodjoe milling about the beaches of Accra? Why can't you just be content with the free basic education we’ve given you? Why can't you get behind your president for refusing to sell your precious cocoa to those cutthroat Swiss? And we say to them:

Because Kumah and Issah are appreciated less in their own country than an African with an American passport. Because we see with our own eyes that the very politicians who have given us free basic education are rushing to take their kids to schools abroad. Because we see no difference between our exploitation by men we do not know and our exploitation by men we know.

President Akufo-Addo has a clear choice to make in his second act: between his country and his friends.