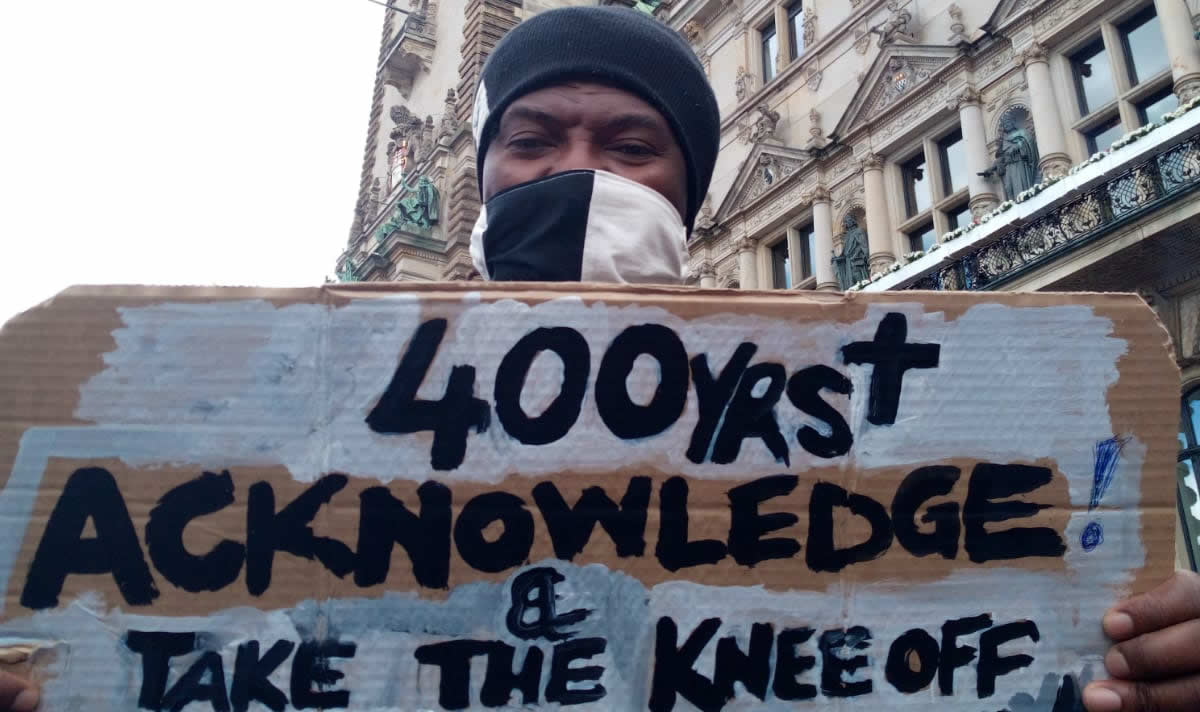 How does one define racism? Who is a racist? Is it something we learn from our homes and schools? Who is the victim of racism and who practises it? Over the past few weeks, I have been considering these questions, but I have no answers.

A police officer kept his knee on George Floyd’s neck for 8 minutes and 46 seconds and refused to remove his knee even after Floyd lost consciousness, and for a full minute after paramedics arrived. Can we say Officer Derek Chauvin of Minneapolis Police Department is a racist?

Do different generations have different understandings of what racism is? I mean, my great grandparents, myself and my kids – would we all interpret racism differently? Was racism different a thousand years ago, a hundred years ago, fifty years ago and today? I have no idea; I am only asking questions to which, perhaps, you might have answers.

When 12 students sat for an examination in Hamburg, four Germans failed. Those who failed had jobs while they waited to re-sit their exams. Meanwhile, the African who passed the same examination could find no work – is that racism? Does this suggest that racism is practised against blacks all over the world?

When the German chancellor, Angela Merkel, came out to condemn publicly the gruesome murder of George Floyd, she further admitted there is racism in Germany that needs to be addressed. Does that mean she is not a racist?

I have no clue what it means. Derek Chauvin is charged with a third-degree felony – no, instead it is a second-degree felony, maybe a first-degree felony. I have no idea what that means. The charges were filed only after the masses put pressure on the state: could that be seen as institutional racism?

The President of the United States of America, Donald Trump, not only failed to condemn the 8-minute, 46-second murder of George Floyd, but instead ordered security forces to use force on those demonstrating: does that mean he is a racist?

When the police controlled three students, two Black and one White, the two Black youths were handcuffed, and the white boy was set free without handcuffs: is that racism? I have no idea.

Police Officers Thomas Lane, J.A. Keung and Tou Thao were charged with aiding and abetting, a second-degree felony. Does this mean one’s actions and inactions make one a racist?

Perhaps I am missing an essential part of the racial game: could it be that the more successful you are, the less you face racism? I might be wrong on this one. Do people all over the world understand racism? I don’t know.

When Officer Chauvin murdered Floyd in cold blood, the whole world protested except the black continent: could it be that they don’t care or don’t understand what racism is?

I am still struggling for answers to some of my questions: yes, we have to demonstrate and protest in our numbers, and yes, we have to show solidarity towards one another. The whole movement seems to be a vicious circle. They kill us; we make noise – they kill us the more; we make more noise. Couldn’t there be another way to stop the racial killings?

Can one conclude the best tool to fight racism is economic power, economic empowerment and, above all, political power? Yes. If you have the financial capability, you will be respected and no one, I mean no one, will dare to discriminate against you for fear of retaliation.

There is something I wanted to write all this while, but have forgotten! I remember now: AFRICA!