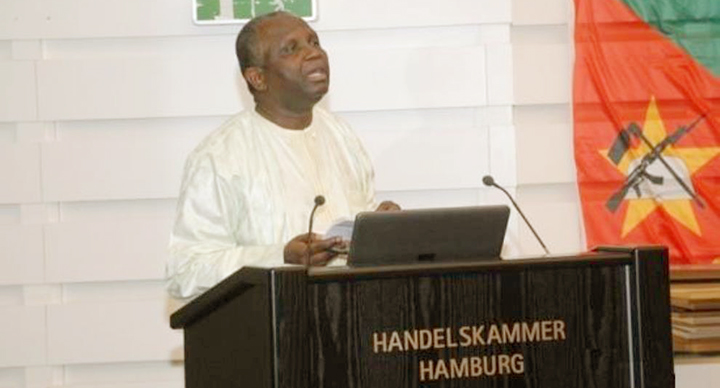 Article retrieved from our archives, first published in November 2011
The first ever African Youth Education and Excellent service Award was organized in Hamburg over the weekend, 29th October 2011 at the Albert-Schaefer-Saal,Adolfplatz 1, a city square located at the heart of Hamburg and the venue which was one of the prestigious auditorium usually reserved for the use of political conferences by the German elites. This old Fort is commonly known as the “Handelskammer” which is the Chamber of Commerce (of course the premises shares the same arena with Hamburg parliament house)

Most black African Community in Europe, precisely Germany is noted for their usual characteristics of merry making whenever they meet at social gatherings. On the Contrary the event over the weekend has proved such perceptions wrong as sizable number of black Africans mingled with their White German counterparts to climax the long awaited African Education award, a program aimed at promoting integration and the value for education in the society.

Excellent Service Award was however, exclusively designed to be featured in the program for the recognition of individuals who delivered outstanding services to uplift the image of TopAfric Media.

It was aimed at giving further motivation to other colleagues to provide selfless and excellent services to mankind in the society.

At about 19.45 GMT, Prince Owusu Sekyere, a prize winner and a tertiary student based in London introduced Mr. Jan Pörksen (SPD); State Deputy Minister for the Office of Employment, Families and social affairs was invited to perform the opening ceremony after which Mr. Dietrich Wersich, CDU- Fraktionchef (Chairman) in the „Hamburgischen Bürgerschaft“(Parliament) was ushered in to deliver his message on the topic „Education is more than learning“

With loud applause from the audience, the master of ceremony (MC) invited His Excellency Paul King Aryene, Ghana Ambassador to Germany to deliver his key note address to the audience.

He spoke on Youth & Education and therefore emphasized on the need for the Africans in the Diaspora to take education seriously and admonished that, education is a tool for empowerment in the society and therefore continued that, "although challenges and obstacles would inevitably emerge but by perseverance and dedication one would surely achieve the required dream".

Ambassador Paul King drew audience attention to one of the quotations of Mr. Kofi Annan, a former Secretary General of United Nations. “No one is born a good citizen, No nation is born a democracy. Rather, both are process that continues to evolve over a lifetime. Young people must be included from birth. A society that cuts off from its youth severs its lifetime"

He assured the gathering that his diplomat colleagues would subsequently be involved in strengthening the program, not only by the virtue of their presence but they would rather support logistically and financially. Ambassador Paul King used the platform to strengthen ties by which he explained favorable educational policies and its benefits to the youth as well as the parents/Guardians. "I'm highly impressed and thankful to the event organizers for these great initiatives. I cherish the hope that, this program has come to stay" The Ghanaian Ambassador, who seemed to share the same vision of Martin Luther King however interiated.

Lawyer Iyare Imasi spoke on “The importance of education in a civilized society like Germany”. He said the most important thing today is the ability to read, write and calculate. Children need positive role models. He urged them to have German friends, so as to help them in their integration rather than watching day long African films with their parents and Guardians.

The outspoken Legal expect, Barrister at Law, Lawyer Imasi a Nigerian origin however stated that, he had worked in various establishments as he migrated to Germany. He mentioned such workplaces like, Hotel restaurants, cleaning services, casual house helps and eventually his last full stop was McDonalds Restaurant. From here, he decided to effect a change to improve his life. He lamented, "Here I am, as a practicing Lawyer" and therefore urged all Africans to emulate his efforts.

The highlight of the event was when Lawyer Assignon K. Akakpo, a Togolese citizen called the ten academic students forward. 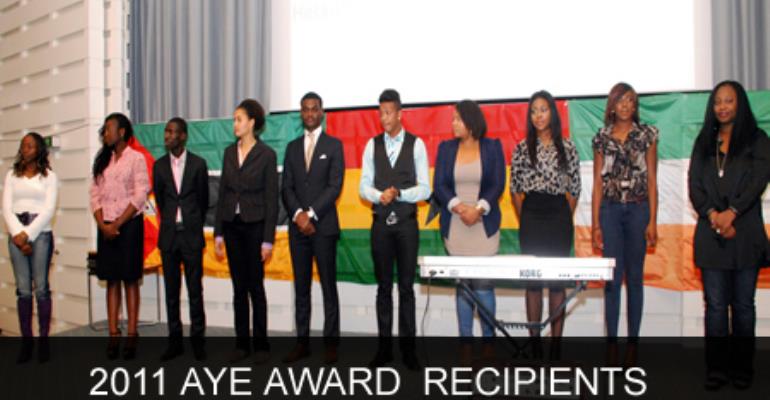 Their certificates were therefore presented to them by H.E Paul King Aryene and Deputy Minister Jan Pörksen (SPD). This act of award presentation was not performed as a “show off” but rather to portray those recipients as role models, so that the upcoming younger generation of Africans resident in Germany and beyond may learn and emulate their ideals as academia achievers.

The Nigerian Ambassador Mr. Patrick Okoye joined his colleagues in handling the presentation of the excellent service award certificates.

The Chief Executive Officer, Mr. Desmond Beddy who was the brain behind the project did the vote of thanks. "On behalf of management of Topafric and the organizing team we would like to say a very big “Thank you” to all those valued sympathizers, participants, etc whose diverse contributions have made the program successful". He continued, "The organizers would therefore wish to acknowledge the following personalities for their remarkable assistance, Dr. Benjamin Armah of Dr. Armah Biomedical GmbH, Otto Addo (Football Trainer) HSV.

Mr. Beddy further revealed that, a couple of companies and other individuals have already pledged their supports to this Education awareness-fund, come 2012. This was a welcome news as it would relief the financial burdensome of the organizers.