One of the most anticipated hip-hop events in Hamburg this year will take place at noon on August 2nd, 2019, at the 45Hertz at Lagerstraße 18-24 in Sternschanze, Hamburg`s cultural hotspot. PandAir Festival 2019 is being organized by the hip-hop powerhouse Panda bar and its affiliate, Café Panda. Their mission? To create a cultural movement that has as its cornerstones appreciation for diversity and love for hip-hop music.

The architects of the event are Blall Shirdel and Ronja Angoston- a smart and ambitious visionary whose responsibilities include community outreach and social media messaging for Panda Bar and Café Panda. For Blall, who runs all things Panda with his brothers, PandAir is not your typical music event: it is a festival with a very special and personal message. A first-generation German of Afghan descent, he grew up in the late 80s and early 90s in Steilshoop in Hamburg’s Wandsbek district. Back then, Hamburg to him felt like a place where a person of his profile had to give up what made him different in exchange for acceptance. 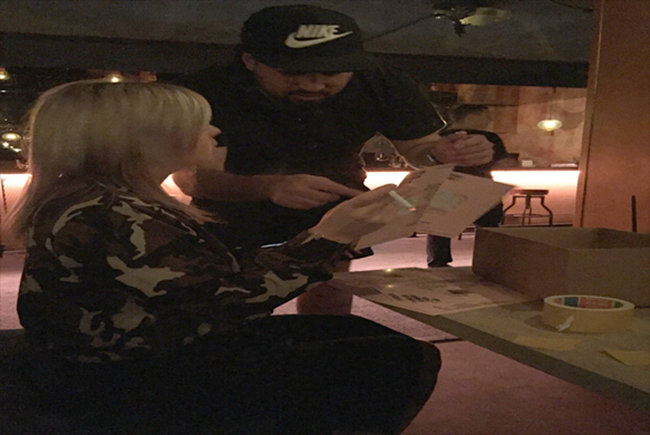 (Bilal & colleague working on flyers inside Panda Bar)
Today, a much larger segment of Hamburg`s population is young and very diverse in terms of family origin, thought, sound, taste, and belief. However, this population is unwilling to exchange conformity for acceptance. And this is not only because they are proud of what makes them different, but also because they believe that each side of their identity has something to teach the other.

The organizers of PandAir 2019 see the festival as a cultural potluck where all celebrate the uniqueness of each and every individual. In some ways, the festival is an extension of the Panda Bar and Café Panda philosophy. “Just look around,” says Blall, referring to the Black, White, Asian, and Middle-Eastern customers seated outside Cafe Panda and the staff that was serving them. “This is the spirit behind everything. This is who we are.” The Panda establishments cater to a diverse audience that is yearning for a space where they are more than just tolerated. For Blall, Hamburg is a very diverse society, and it’s only right that every avenue of social fraternity in the city reflects this reality. At Panda, everyone belongs, everyone is equally appreciated, and everyone is destined to have a great time.

With live music performances by talented and popular artists like Moe Phoenix, booz, Malsha, Kojo Funds, and Lil Lano and set plays by DJs from all over the world, PandAir 2019 is anticipated to be one of the most diverse and entertaining hip-hop music events in Hamburg this year. The festival also features local food vendors selling food from all over the world. Not to mention, enough drinks of all kinds to make every festival attendee very happy.

There is an after-party at 10 pm at Panda Bar on Neuer Pferdemarkt, where Blall and Ronja can be seen every weekend interacting with customers or Pandas as they are sometimes called. ``It`s a lot of work right now with the preparation and everything.`` Says Ronja, ``but I think the festival is going to be a lot of fun. Hopefully, we can grow into a size that could fit the Hamburger Dom in the coming years.``