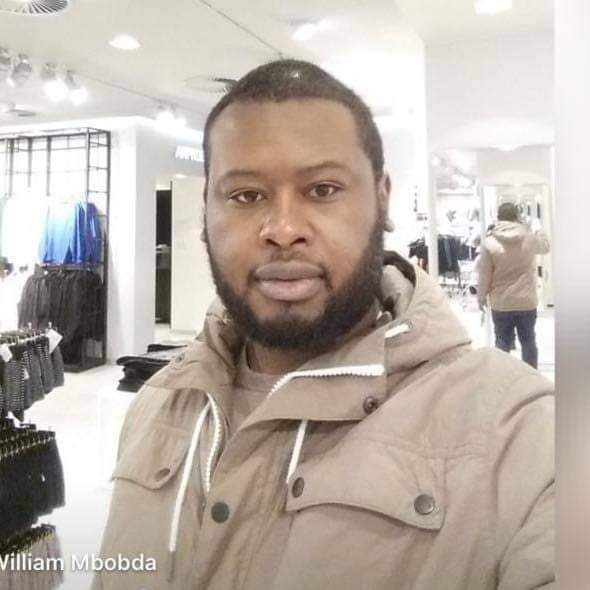 In the fall of 1859, the abolitionist and former slave, Frederick Douglass, authored an essay in which he outlined the ​Contradictions in American Civilization. ​By the mid 19th century, America had crowned itself first place in the race to civilization on nearly every material measure. However, on a different and far more consequential measure, namely the human measure, America in 1859 was hardly an infant civilization. Why? Because, as Douglass pointed out, the line between a civilized nation and a brute nation is drawn not by the number of railroads but by ``the value attached to human life, and the protection given to it by [​civilized society],​`` and as late as 1859, the American economy was still supported by proceeds from the sale of Black human flesh.

Germany today is no America of 1859 or even America of today in many regards. But events over the last ten and half years and most pertinently the death of William Tonou Mbobda at the hands of rogue handlers guised as security officers at the psychiatric clinic of the Universitätklinikum Hamburg-Eppendorf (UKE) in April 2019, and the ensuing nonchalant response by the hospital, has not only evoked a feeling of outrage in many quarters but has also casted doubt on whether Black African life is worthy of equal respect and protection in this society. This is not an attempt to over-dramatize a sad and shameful condition but to instead reflect on a tragedy long in the making, one that began on the Gulf of Guinea in Central Africa.

When William moved to Germany in 2008 and specifically to Hamburg in 2009 from Cameroon he was just 24 years of age. At that time, his home country had a population of just about 20 million and the average person lived no longer than 55 years. By 2014, nearly 4 in 10 people in Cameroon lived below the national poverty line. One of the few ways most people make it out of poverty in the place where William came from is through education, and like so many of his kind in the diaspora, William came to Germany as an educated migrant after having started his tertiary education at the University of Cameroon. Traveling to Germany was an opportunity for young William to climb higher on the educational ladder and be exposed to a much larger world. It was also an opportunity for him to support his family. Having lost his father at a very young age and his only brother eight years ago, William had been the only male in his nuclear family. He took his role as the proverbial man of the house very seriously and played was a central figure in every decision affecting the welfare of his family. According to close friends, he was instrumental in his younger sister`s educational career including helping her complete her undergraduate studies in Cameroon and subsequently helping to bring her to Germany just two years so she too could further her studies.
But for William, life abroad had long been difficult before it was tragic. Like any other immigrant group, many Black African migrants are compelled to leave home sometimes for safety reasons but mostly for economic reasons. The choice of a destination is informed by a host of factors including peace and security in the country of destination, the rule of law, language, family or friendship ties. However, by and large most pilgrims take what they could get. And since economic prospects are better nearly everywhere in the West than they are back home, the average Black African from Gambia, Ghana or Cameroon is unlikely to forgo a chance to come to Europe on the basis of factors like differences in language, culture, the absence of a shared history or some vague notion of racial prejudice. But it is essentially these less-considered factors that not only hinder their chances of economic and social mobility but also threaten their very happiness, dignity, safety and sometimes their lives.

Western immigration policies have historically been about keeping a category of people out. Factors such as place of origin, religious and cultural differences play varying roles depending on the level of sensitivity of voters. But the most important and most consistent factor is class. The gates of Europe and the United States are always open to a millionaire from any part of the globe including the most dangerous places on earth. However, in the dance between class and access, race plays a part. Since poverty and backwardness are largely associated with the so-called third-world, Black and Brown people, who make up the bulk of the third-world population, are most especially kept out of Western borders. 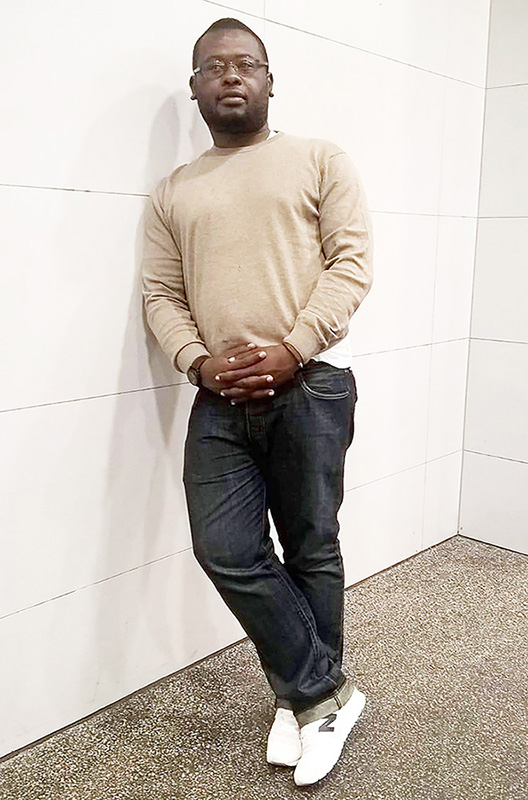 Thus, a Greek janitor in possession of nothing but transportation tickets could travel to Germany today, Great-Britain tomorrow and the United States the day after without requiring a single trip to their embassies while a doctor from a so-called third-world country like Ghana must confess everything from his religion to the last cent in his bank account to a consular before the idea of admitting him into Germany, Great-Britain or the United States is even entertained. And while a European citizen would require a visa to travel to Ghana, a thousand thousand janitors of German nationality would be let into Ghana before a single university graduate from the latter is granted entry into Germany. And the few that are allowed entry are constantly made to feel that while they were admitted on the basis of what they could do, their entry is more a reflection of the good-hearted nature of their host than any envious desire for their cultural, ideological or technical contributions.
But compared to other immigrant groups, who enjoy varying degrees of respect and admiration, Black Africans are the least dignified and least respected group on the face of the earth.
Practically nowhere on earth, not even in the African continent, is anything Black and African, including Black African life, valued equally or above anything European. To be respected and recognized as a modern individual, the Black African must exchange his thoughts, manners, religion and language for the thoughts, manners, religion and language of the new world. To stay in the new world, he must dare not fail to live up to the expectations of him by proving his worth and the size of his wallet constantly. He must be a model citizen with an unblemished record, for a mere scuffle with a drunk on the street, like William once had, could risk his deportation.

The physical toll of living up to expectations as a Black African immigrant can be very severe. These days, it manifests itself most commonly in the form of illnesses like high blood pressure, diabetes and rheumatism most especially among Black African womenfolk who, after decades of cleaning people's homes and attending to the old and the sick, still cannot afford a life of dignity for themselves here or back home. The psychological toll of feeling unwanted and unimportant, of feeling inferior, of feeling like a burden, of constantly being treated like a guest in your own home is as severe as the physical toll. And if conditions at school or work or family life back home do not improve, it could lead to a feeling of failure, of aimlessness, of loss in the world and ultimately of depression.
Exactly what William was feeling when he visited the psychiatric clinic on April 17​ ​may never be known. But what is known is that he had struggled for years to secure a residence permit that would have allowed him to stay in Germany for more than three to six months at a time; it is also known that long before his visit to the psychiatric clinic he had only to make do with under-the-table jobs because he could not secure a reliable work permit; and what is really known is that he lost his life at the very place he went to get it back.

Nearly everyone is of the view that it is impossible to win a case against a hospital. But this is not about winning. This is about restoring dignity and respect to human life, specifically Black African life. It is about ensuring that Black African life is given the same care and protection that are given to others. The idea that nothing can be done about what happened to William cheapens his life. Hospitals should be protected so they could save lives, not so they could take it away in such a fashion. This incident took place far outside the hospital bedroom: a man voluntarily submits himself to the care of a clinic and is suffocated to death while smoking cigarette outside because he did not want to take medicine?
Understandably, many have since concluded that what happened was an act of racism. This conclusion is troubling but not because racism does not exist in this society; racially motivated actions are common and real and if they cannot be called out for what they are, then the term racist will cease to be useful. Equally, if every incident involving a Black victim and a White victimizer is labeled racist, then the term will have no effective meaning. People working in hospitals and psychiatric clinics, in particular, do a very difficult job. In essence, they do what most of us can`t or won`t do and this fact should not be lost on us even when we are at our most passionate. Being open to more than one explanation is not just the right thing to do but it is also the necessary thing to do. If tragedies of this sort are to be prevented from ever happening again, the motives of the perpetrators cannot be grossly misdiagnosed.

If it is found that those responsible were driven by negligence and insensitivity, then a holistic training that incorporates proper communication methods and cultural competency training with safe restraint tactics would be a more fitting policy response. The presence of a trained professional who is culturally competent or relatable could make a difference in the future. After all, it only takes one person to say ​let me talk to him t​ o avert a physical confrontation​. ​And of course, if it is found that this tragedy was long in the making and that the rogue officers involved or the companies they represent have had a history of being disrespectful and disregarding of the lives and welfares of racial minorities, then such finding must elicit the strongest punishment possible and the values of the institutions and of those who represent them must be aligned with the values of a civilized society. At a very least, the death of a human being deserves more than a casual press statement the size of a tweet and the suspension of those responsible for just a matter of days.

But preventing tragedies of this nature from ever happening again would require more than punishing those responsible or a few marches on the street. It would also require work of a far less conspicuous nature like reaching out to a newcomer or a refugee to help them learn German or English or do their homework, guide them through the numerous bureaucracies, help them find a job or make them feel important and at home by introducing them to your friends. Running for office, becoming a school teacher, doctor, nurse, psychologist or a lawyer are also among the ways to help by enacting more inclusive policies, changing the narrative, educating and healing. Only those who love and want to be a part of a society can change it. The necessity of now is to channel the passions and energies of the present, sad moment into the ever gratifying work of creating a society where all life, including Black African life, can thrive in dignity.
By Mohammed Adawulai