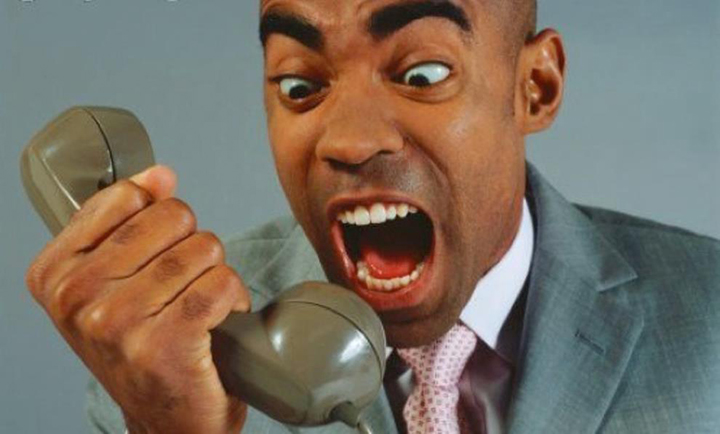 I don’t mean any insult to anyone let alone, the entirety of the Black race. However, I am asking an honest question for which I demand a genuine answer. Concluding from how Black Africans behave, mostly conducting themselves irresponsibly, I wonder if we are capable of managing our own affairs as any rational being will expect of a human being conceived by a woman for nine months, and given birth to by a woman.

For argument sake, I shall restrict myself to the behaviour of Ghanaians. In Ghana, it is an indisputable fact that we venerate rich people regardless of how they have earned their riches. They could be known criminals, known politicians and traditional leaders who by the abuse of their positions, have acquired their wealth yet, we prostrate or kowtow to them. They can be false pastors and prophets as their actions have made them too obvious even to the physically blind persons yet, we still hold them in high esteem. What sort of persons are we, if I may ask?

Many a Ghanaian complains about some flaws in the nation’s governing Constitution, sections of which have been entrenched to give immunity to some corrupt leaders who superintended the writing of the Constitution; which Articles, Sections or Subsections lawfully, but in fact appearing criminally, to give them immunity from arrest and prosecution even if they embezzle State funds and assets. However, the subsequent governments with the needed majority in parliament to call for amendments through referendum/referenda, are never interested to do anything about them because they too stand to profit in future from those silly Constitutional clauses. This is the root cause of the ramifying official or institutional corruption in Ghana that has hindered the economic development of the nation as the money needed for carrying out projects to give jobs to the unemployed and reward to the government through taxes is embezzled by say, the presidents with impunity because of the immunity so granted them by the Constitution.

Examine the following case references to see why some countries that were once colonized same as Ghana and had their independence around the same time as Ghana have developed to the extent that it will take Ghana a century, or never be able, to catch up with them economically, all because of our fondness for stealing from the public coffers and demanding money for every service rendered to one another of which you are although employed and earn monthly wages or salary for.

In Malaysia the former Malaysian PM Najib was arrested in 2018 in $4.5bn 1MDB probe.

In Brazil, "A Brazilian court has sentenced former President Luiz Inácio Lula da Silva to a further 12 years and 11 months in prison for corruption"

In South Korea, "The former South Korean president Lee Myung-bak has been sentenced to 15 years in prison, becoming the country’s fourth ex-leader convicted of corruption"

From the few cases cited, is there any wonder that these once third world countries have become 2nddeveloped nations? Are they not better in terms of economic development, better standard of living for their citizens than in Ghana? This is because they deal with their corrupt leaders to deter other would-be corrupt leaders from engaging in same or similar nefarious activities that cost the nations millions of their currencies that could have been invested for the collective benefit of their citizens and nations.

Do you think their countries have written absurd indemnity clauses into their Constitutions? If they had, they could never arrest let alone, prosecute and convict their leaders to prison terms. Are their actions not a better deterrence to cow many non-hardened criminals or government officials from misappropriating government funds?

In Ghana on the other hand, we are scared shitless even to arrest Members of Parliament criminally taking double-salary for almost two years let alone, prosecuting them. No wonder that corruption has permeated every fabric of the Ghanaian society with our leaders masterminding and orchestrating it.

A "King" is able to claim that he is bigger than Ghana laws, can do what he wants when he wants, and has the nation’s elected leaders bowing to him in obeisance. What nonsense is that? Is Ghana a republic or a total monarchy like the Arabian Gulf States?

If the successive civilian governments cannot amend the unhelpful clauses entrenched in the Constitution because they themselves want to enjoy from them, then it should take the same "Abongo Boys" who made that Constitution to come back to change them as they are not helping Ghana at all.

Remember, former American President Barack Obama advised us when he came to Ghana that we need stronger institutions than having stronger persons. How far have we imbibed his advice that has the potential to advance Ghana socio-economically?

The Office of the Special Prosecutor is becoming dormant. It seems it was dead on the day of the announcement of its creation. If it were not so, then Hon Martin Amidu should prove me wrong by starting to prosecute people as there are many corrupt officials in Ghana.

The Ghanaian as a black man, is so far unable to manage their own affairs. We always look up to our white contemporaries for everything hence allowing the Chinese to flock into Ghana to indirectly take us for slaves in our own land. Shame!

The Ghanaian leadership is aware of how the "Asante Overlord" is illegally involved in the ongoing Kumawu chieftaincy dispute yet, they are helping him rather than dissuading him from carrying on with his reprehensible attitude. With such despicable attitude, how can Ghana develop or the Ghanaian, by extension the black man, manage their own affairs like human beings?

With God, we are victorious!