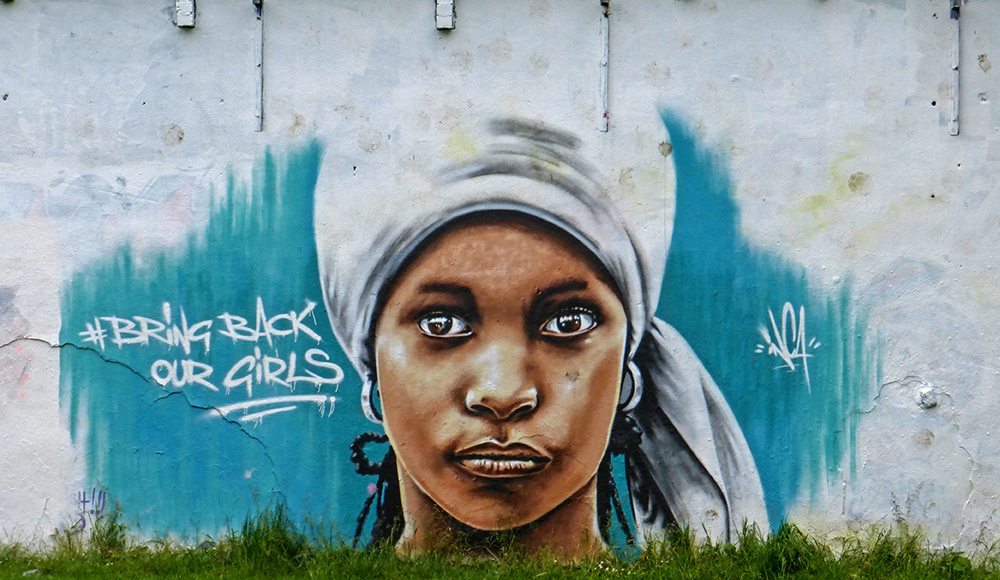 When the terrorist group Boko Haram kidnapped 276 schoolgirls from their school in the remote town of Chibok in North-East Nigeria on April 14, 2014, few imagined that their captivity would be so protracted.

In the days after the abduction, a convergence of local outrage and international indignation suggested that the girls would be rescued in short order. As a co-founder of the movement from which the hashtag #BringBackOurGirls was born and adopted by celebrities and world leaders, I was certain that the unprecedented global attention focused on the plight of the young women would result in the immediate release of all of them.  Instead, apart from the 57 that managed to escape in the first few hours en route to Sambisa Forest, 219 girls were taken into Boko Haram captivity and remained there without a physical trace for over two years, until the first girl wandered out, accompanying a baby girl. In the last three years, 106 more have made it home, but 112 girls still remain in the terrorists’ custody.

The diminished relevance of the Chibok Girls, is pithily dramatised by the undulating fortunes of their parents who I have come to know well since the tragic kidnapping. Recently, I was made aware of a visit by senior government officials to Chibok. In a call with one of the mothers whose daughter remains in captivity, I urged her to seize the opportunity and band together with other parents to get the governor’s attention, even if it meant being disruptive. But the despair I heard in her voice was clear and heartbreaking. She told me that the plight of the Chibok Girls and their families had been forgotten by the politicians. In the heat of the election cycle, politicians were simply not interested in the problems of families in what they simply consider a nondescript, remote, poor, Nigerian town.

Things were different back in the last election cycle in 2015. The Chibok parents had been enthusiastically courted by local and regional politicians eager to use their misfortune to discredit the government in power. For the parents, the situation was far more visceral than any political consideration. Moved by desperate anxiety over the fate of their children, they entertained anyone who promised to prioritise their problem. Today, as this despondent mother told me, the divergence in the fortunes of those whose daughters have been returned to them and those who still pine for theirs has also fractured the community. She told me about the stigmatisation of those whose children were still in captivity, those victims who, according to Boko Haram, “had chosen to remain with their captors”. Plagued by a crushing sense of shame and abandonment, they feel let down by the leadership that once pledged to champion their cause, whilst the uncertainty of their daughters’ fates haunts them every day.

The theme of abandonment is also evident in how the discourse of the abducted girls has played out on the global stage. Whilst in 2014, the girls were the poster-children of globalised outrage, those that remain in captivity are now faint memories and have been consigned to the fringes of concern. The international community that was so troubled by their plight five years ago has now apparently moved on. In what has been a sequence of let-downs, the international community’s disinterest may be the gravest betrayal of all. Yes, we can argue that a sovereign nation is responsible for its citizens and that the Chibok Girls are Nigeria’s primary responsibility. But the reality is that in a world of both sovereign states and sovereignty-deficient or challenged states, the weak and vulnerable can fall through the cracks. Indeed, the Universal Declaration of Human Rights is a supranational consensus affirming the responsibility of international actors to assist people who cannot, or will not, be protected by their states.

Thus, might one be tempted to conclude that the fate of school girls and young women in a remote African region is not of enough consequence to the global community?  As a cynic/realist, I am sometimes inclined to believe that perhaps the international community’s actors are typically guided less by altruism and more by varying individual national perceptions of strategic interests. However, at a time that the world is challenging head on sexual violence and the subordination of women, the credibility of the international order depends on the depth of its commitment to protecting those that cannot protect themselves. Empathy with the vulnerable and affirmations of our common humanity are therefore, in the international community’s interest.

This is why as the Chibok Girls enter the fifth year of their captivity, we must #BringBackOurGirls. Aisha Muhammed-Oyebode is co-founder of the Bring Back Our Girls Movement, CEO of the Murtala Muhammed Foundation and a PhD scholar with a focus on gender-based violence in the Boko Haram conflict at SOAS University of London.

Aisha is moderating a panel discussion entitled #BringBackOurGirls – The Kidnapping of the Chibok Girls: Five Years On on 19 March 2019 at 7PM in the DLT, SOAS University of London.