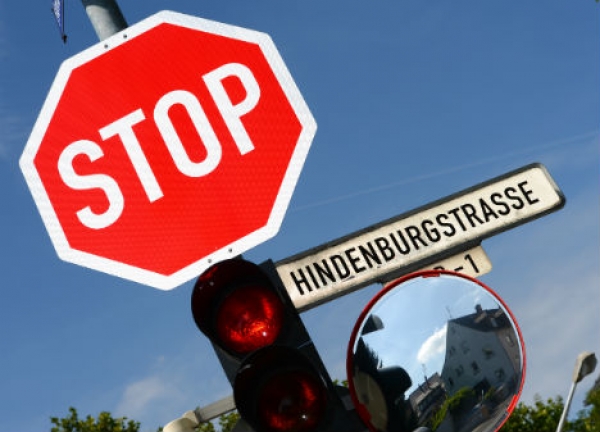 Despite Germany's reputation for being self-critical with its past, some German street names still pay homage to historical figures who left cruel and racist legacies. Die Bundesrepublik is often praised for confronting its past - think the Holocaust memorial in central Berlin or the Plaza for Victims of National Socialism in Munich.

But some shameful historical figures have managed to slip through the net.

Berlin Postkolonial is a group that seeks to confront Germany's colonial past, giving tours through city districts that had an especially strong colonial influence and petitioning politicians to change street names across the country.

"Germany has been turning a blind eye to its colonial history for the longest time. Our work is a means of changing the perspective on it and thinking about it critically," Berlin Postkolonial spokesman Christian Kopp told The Local.

We took a look at some of the places around Germany that are perhaps most in need a new identity.

When sent on a mission through today's Democratic Republic of Congo on orders from the Belgian King Leopold II between 1883 and 1885, Hermann von Wissmann coined his motto "if I can't find a way, I'll make one" - referring to his tendency to gun down anyone who got in his way.

Later under the pretence of ending the slave trade in German East Africa, he imposed control on the territory through a brutal new military technique: Known as "scorched earth,"  the merciless tactic involved burning whole villages that rebelled.

On July 8th 1889, Wissmann and his troops "scorched the earth" of the coastal town of Pangani in modern day Tanzania, leaving 30 dead and 50 wounded within two minutes.

Today, street names in 23 German cities, including Berlin and Munich, honour Wissmann, their "Volksheld" (hero of the people).

The longest-serving German officer in the protectorate of Cameroon, Dominik was infamous for his cruel warfare such as in the Battle of Adamawa Plateau in the north of the country, where he "burned down whole villages", according to Kopp.

He was also known for collaborating with local Cameroonian auxiliary troops and giving women away as booty for their soldiers.

After suppressing anticolonial resistance Dominik died on a boat back to Germany, aged 40.
Düsseldorf, Petersstraße

Inspired by British expansionist ambitions, Carl Peters founded the Germany East Africa Company in 1885, a chartered colonial organisation, and was the first to acquire territory in today's Tanzania by means of violence and fraud.

He was known as an imperialist megalomaniac and a die-hard racist – after lashing and executing his servant Mabruk and sexually abusing a girl, he was kicked out of the colonial service in disgrace.

When Tanzanian activist Mboro Mnyaka leads groups through Berlin's "African District" - a neighbourhood named after German former colonies - he recounts how his grandma told him that the man on the moon is no one else but Peters, hanging for his sins.

Celebrated by the Nazis as a colonial hero, Germans honour him with 15 streets all around Germany, including "Petersstraße" in Düsseldorf.

German colonialists didn't just look to Africa for more Lebensraum (living space), but they also branched out towards the East:

After occupying the Chinese bay of Jiaozhou and the port of Qingdao in 1897, three years later the German gunboat "Iltis" under Captain Wilhelm Lans attacked the Chinese site of Taku-Forts.

It was the beginning of colonialist advances by a coalition of Western powers towards Bejing, Kopp explains.

"Commander-in-chief was the German General Alfred von Waldersee, who was sent out by his Kaiser to show no mercy on the Chinese," says Kopp.

Although most citizens aren't aware of this dark chapter of German history, a surprising number of streets commemorate German advancements in the East:

Picture of a Hindenburgstraße-sign in Hamburg; Photo: DPA

Paul von Hindenburg left his traces both in German history books and street names. Born the son of a Prussian aristocrat on October 2nd, 1847, he became field marshal during the First World War and went on to be the second president of the Weimar Republic between 1925 and 1934.

His most fateful decision though was appointing Adolf Hitler Chancellor in 1933 and thereby effectively killing off German democracy for 12 years,

Berlin's district of Steglitz holds on to its "Hindenburgdamm" despite his dodgy track record – Hamburg on the other hand is a step ahead of them:

They renamed at least parts of Hamburg-Nord's Hindenburgstraße to Otto-Wels-Straße – on the 23rd of March 1933 Wels held the last free speech in the Reichstag against the Nazi's empowerment laws (Ermächtigungsgesetze).

After taking over the command of the German colony South-West Africa (today's Namibia), Lieutnant-General Lothar von Trotha issued the extermination of the Herero people.

In the following years the tribe was almost exterminated, its numbers falling from 80,000 to 15,000.

Trotha's soldiers killed the Herero by shooting and starving them in the desert and enslaving the survivors in concentration camps.

Unlike his fellow criminal colonialists, it's not a German street that commemorates him - but the Trotha-Haus in Hamburg.

Ironically, "it's Bundeswehr (German army) students who walk in and out of the house every day", Kopp remarked.

Residents are attached to the names

"Changing street names and honouring anticolonial resistance fighters from Africa and Asia instead is not so easy", explains Kopp, "often, it is the residents of the particular district that revolt against the name changes. They say they are attached to it or that the names are part of Germany's cultural heritage."

"But we also have to look out for the growing black community in this country. When my friend from Tanzania sees the Petersallee-sign in Berlin, it is just terrible for him. It's kind of like dedicating a street to Goebbels."

Reporting by Max Bringmann and Raphael Warnke
Source: The Local