The shortlist for the Africa Prize for Engineering Innovation 2019 has been announced, recognising the most promising entrepreneurial engineers from across sub-Saharan Africa working to accelerate socio-economic development through business. The 16 shortlisted innovations come from six countries including Kenya,  South Africa, and Nigeria.

For six months, the sixteen shortlisted Africa Prize entrants have received comprehensive business training and mentoring from high profile, experienced engineers and business development experts to develop business plans and market their innovations. The winner of the prize will be awarded £25,000 and the three runners up will receive £10,000 each.

From water systems that turn air to potable water to apps that facilitate peer to peer money swap, here are five innovators set to shape Africa for the better with their innovations.

27-year-old Beth Koigi is the CEO of Majik Water, a water system that harvests moisture from the air and converts it to affordable, clean drinking water for off-grid communities. The all-in-one system harvests, stores and dispenses water.

Koigi first tackled issues of dirty, contaminated water some years ago while at the university. She created a water filter and started a successful business selling over 5,000 filters in Kenya in the past five years. However, she conceived the idea for her water system after increasingly coming across areas with an extreme scarcity of water as rivers run dry and the water table drops.

During a four-month hackathon programme at Silicon Valley, Koigi teamed up with two other women, American environmental scientist Anastasia Kaschenko and British economist Clare Sewell, to create Majik Water to solve water scarcity in rural communities in arid and semi-arid areas of Kenya.

There is six times as much water in the air as in all rivers in the world. Majik Water uses hydrophilic materials like silica gels to draw water from the air. The gels are then converted to water with solar powered heat, generating up to 10 litres of clean water per day.

Experimenting with different ways to absorb and then release water, the team is doing extensive research at several sites in Nairobi, while also installing their first commercial units in South Africa. They are also looking to scale up to 100-litre systems at a cost of only £0.08 per 10 litres.

Water ATMs are already prominent in Kenya, typically supplied by costly reverse osmosis devices. The Majik Water team wants to supplement this technology with something more affordable – custom built water dispensers that will allow communities to pay only for as much water as they need. 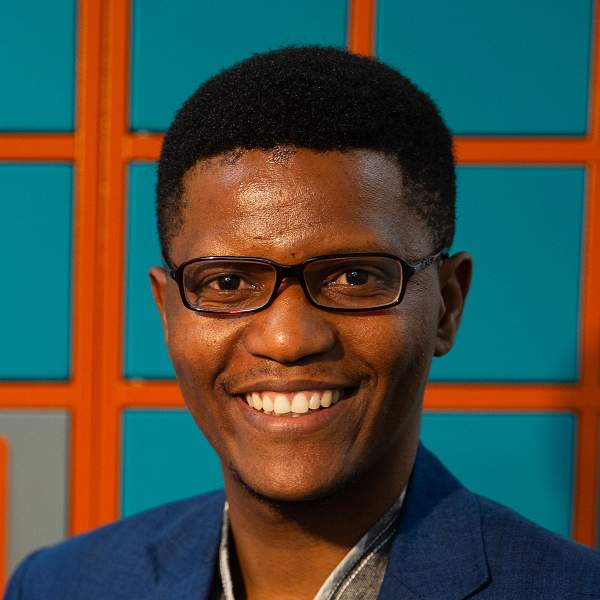 Four years ago, Neo Hutiri was diagnosed with Tuberculosis. When he started his initial six-month treatment, his biggest challenge was the long waiting times at the clinic. He was spending over three hours on long queues with every visit. And he wasn’t the only one. There were several other patients that required chronic treatments waiting alongside him for hours. Many had missed work just to collect their medicine.

Also, South Africa has the world’s biggest antiretroviral therapy programme for patients living with HIV and AIDS. Over 4.6million patients receive ARVs with chronic therapy treatments and have to visit public health facilities monthly to receive medication. This means health facilities are often overcrowded with patients that lose millions of hours in waiting time.

“It’s really challenging having to plan your day around a visit to the clinic. We are very familiar with how demotivating it is to wait for hours on hours just to comply with treatment cycles when you could be at work,” says Hutiri. “We then started being curious about what can be done and how we can play an active role in solving this challenge.”

Hutiri and his team developed Pelebox, a smart locker system designed for public healthcare facilities to dispense medicine to patients that require chronic therapy treatments, cutting down on long queues and easing pressure on clinic resources.

Pelebox is a simple wall of lockers, controlled by a digital system. Healthcare workers stock the lockers with chronic prescription refills, log the medicine on the system, and secure each locker. Pelebox then sends patients a one-time PIN with the number of the locker to the patients mobile phone, which they enter into the system to unlock their medicine.

Hutiri piloted Pelebox in Pretoria last year and recorded a hundred percent success. 4,700 medications were delivered to the right patients at an average collection time of under 36 seconds. The 30-year-old entrepreneur has signed a contract with South Africa’s department of health to roll out Pelebox in eight of the country’s nine provinces. 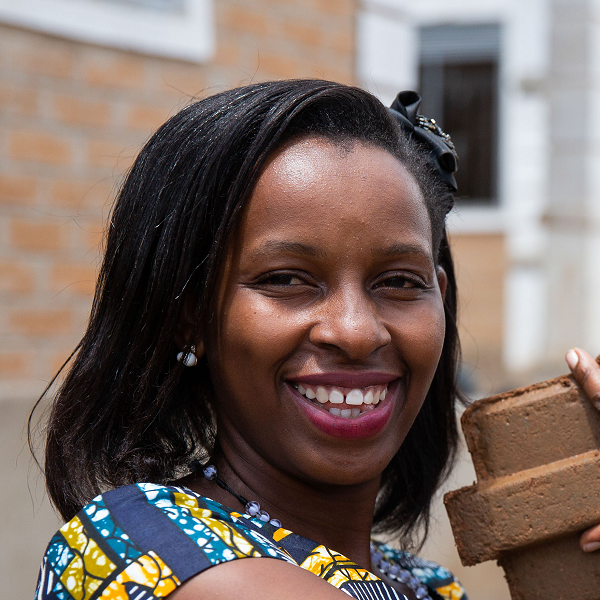 Globally, a third of the world’s urban population lives in slums. Africa especially has a major housing crisis due to rapid urbanization and a growing slum population. Inadequate housing poses a challenge in so many ways including health, security, and meeting basic needs.

Anne K. Rweyora, the co-founder of  Smart Havens Africa, has had a personal experience with housing poverty. But she began working on the idea of providing adequate housing solutions for people with limited resources after volunteering in South Sudan as a social worker. During this time, she witnessed firsthand how extreme the issue of housing poverty has become and how it specifically affects women.

Rweyora felt that owning a home should be more attainable to the average working woman and she set out to create Smart Havens Africa, a social enterprise that provides low cost, eco-friendly and sustainable smart homes built from appropriate but affordable technologies, geared towards making home ownership more accessible to African women.

Smart Havens Africa builds houses in areas where homes are predominantly owned by wealthier landlords. The homes are then given out to women on a rent-to-own scheme that would take effect over a period of five years.

“Guiding our approach is a singular belief that developing vibrant communities and growing opportunity begins at home. Stable, affordable homes deliver immediate and positive benefits to people and communities. But more importantly, they are an essential foundation for children and families to achieve a decent education and pursue healthy and prosperous lives,” the company states.

The homes are built with locally produced green bricks that reduce temperatures in the hot Ugandan climate, custom biodigesters, rainwater harvesting systems and electrical installations to keep utility costs down. The company also support female artisans and entrepreneurs with training and apprenticeship opportunities. 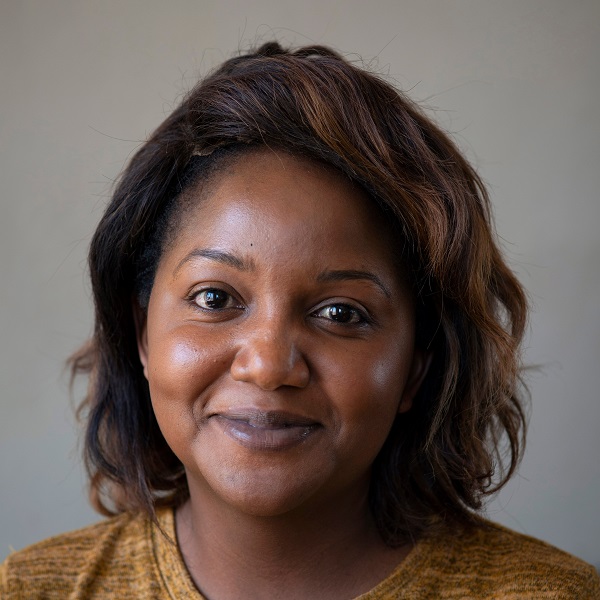 Maternal and child mortality has always been an issue in developing countries around the world. Many pregnant women are exposed to several risks and complications because they lack easy access to healthcare facilities, skilled doctors, or even an ambulance or vehicle to transport them when in labour.

Mwanza’s clean-delivery kit is a simple approach to reducing these risks, especially in Zambia where only 47 percent of births are attended by skilled health workers at health institutions and home delivery is at 53 percent. Her team currently produces thousands of kits monthly, selling them through clinics directly to prospective mothers and midwives in an effort to reduce maternal and child mortality. 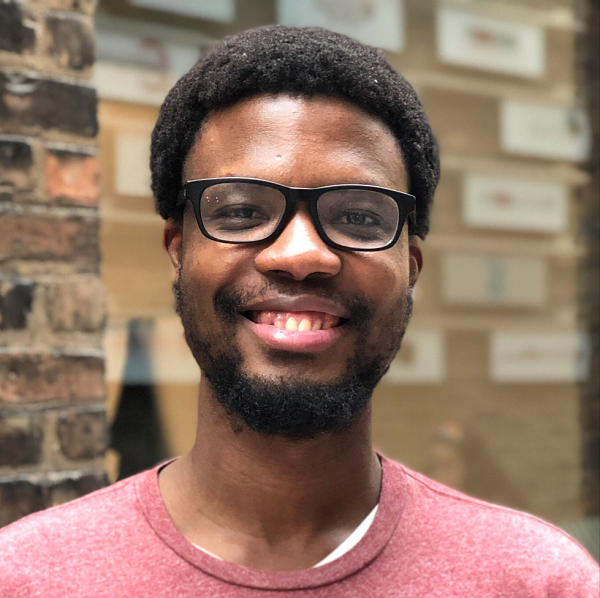 Nigeria’s Chukwunonso Arinze created KAOSHI, a peer to peer money swap mobile solution that connects money senders across the globe, thereby circumventing banks and the need to send money across borders. The app tackles the high cost of transferring money to and between countries,  the hassle of buying black market forex, and long hours spent on bank queues.

Like Uber, KAOSHI connects users within and outside Africa, allowing each to specify the currencies they want to exchange, and matching them to users making inverse exchanges at no hidden charges save a flat fee of $1 after a successful transaction. Users can also define their exchange rates. If a person’s offer matches another, a transaction is made within hours. The app also guarantees a hundred percent security and insurance against any default.