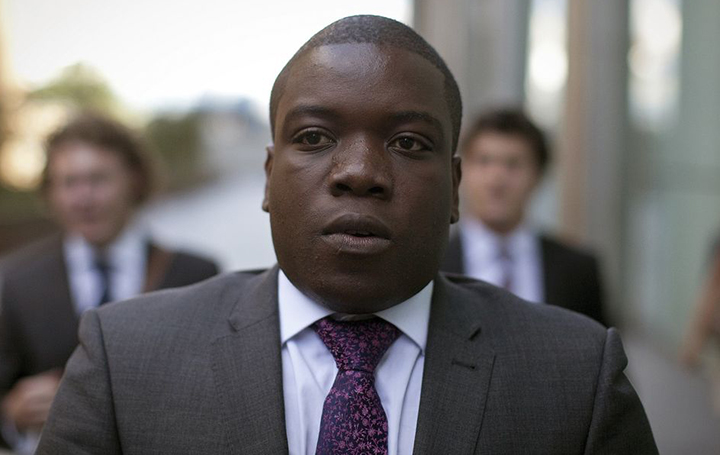 Kweku Adoboli, a former UBS Group AG trader in London jailed in 2012 for causing a $2.3 billion loss at the bank, was detained Monday in preparation for deportation to his native Ghana, his spokesman said by email.

Adoboli was held during a routine meeting at a local police station near his home in Livingston, Scotland, his spokesman Nick Hopewell-Smith said, adding that he understood Adoboli had been taken to an immigration removal center in Scotland. The Home Office indicated its intention to deport him on or after Sept. 10, he said.
“All foreign nationals who are given a custodial sentence will be considered for removal,” a Home Office spokeswoman said, while declining to comment on Adoboli’s case. Adoboli’s lawyer is preparing a new appeal for the Home Office Monday, Hopewell-Smith said.

Despite living in the U.K. for the majority of his life, Adoboli doesn’t hold British citizenship. The Home Office wants to deport him under laws that require foreign nationals sentenced to more than four years in prison to be sent back to their country of birth. He was born in Accra, Ghana, but left the country when he was four, living in Israel, Syria and Iraq as the family traveled for his father’s work as a United Nations official. He moved to the U.K. at age 12.

“The Home Secretary has the power to exercise his discretion when there are clear and compelling reasons to do so,” Hopewell-Smith said. “It is still hoped that the secretary of state will have the common sense not to deport an individual that is so obviously an asset to our community,” he said, adding that Adoboli had given talks to students and worked to help improve governance and compliance in the finance industry.

In June, Adoboli lost an appeals court bid to block his deportation, effectively putting an end to his legal challenge. Adoboli was convicted in 2012 of two counts of fraud over the multi-billion dollar loss at UBS’s London unit. He was sentenced to seven years, and served about half of his sentence.He argued at his trial nearly six years ago that managers at the bank pushed him to take too many risks. While he admitted causing the loss, he said it wasn’t done dishonestly.
By Kaye Wiggins -Bloomberg