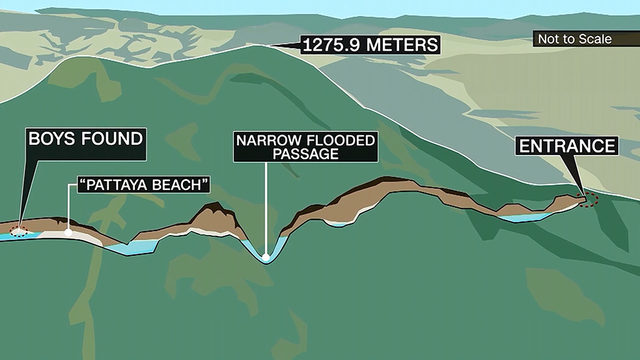 Joy and relief have greeted the rescue of 12 boys and their football coach from flooded caves in northern Thailand after divers completed a daring operation to bring them out. Seventeen days after they got trapped underground, the last five members of the group emerged on Tuesday. Their plight and the complex three-day-long operation to free them gripped the world's attention. Celebrations have swept the South East Asian nation and further afield.There were cheers around the Tham Luang cave system in the country's Chiang Rai province as a rescue operation involving dozens of divers and hundreds of other rescue workers came to an end on Tuesday evening. At the house just below the mountains where the men who run the Wild Boars football team meet, there was laughter, shouts and cheers - and people shook hands in a very un-Thai way, says BBC Jonathan Head. 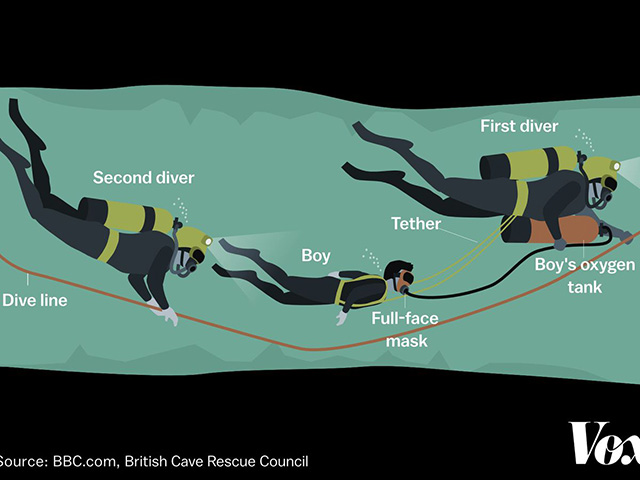 In the nearby city of Chiang Rai, the news was greeted by the honking of car horns while people gathered outside the hospital - where all those rescued from the caves were taken for treatment - broke into applause. On social media, Thais showed their feelings about the rescuers by using hashtags including #Heroes and #Thankyou. Offers of hospitality for the boys, the coach and their rescuers have come in from international football clubs including Manchester United and Benfica.
How did the drama unfold?
The group was cut off on 23 June after heavy rains flooded their way back out of Tham Luang. Aged between about 11 and 17, the members of the Wild Boars football team had entered the cave system during an excursion with their coach. They were found by British divers last week, huddled in darkness on a ledge. Elation at the discovery of all 13 members of the group alive quickly turned to concern as it emerged just how difficult it would be to rescue boys who could not swim and had been weakened by their time underground. The complex, three-day operation saw four boys emerge on Sunday, four on Monday, and the final four boys plus their coach on Tuesday. All were immediately taken to hospital, but they are said to be in reasonable condition given their ordeal. Confirming the completion of the rescue operation, the Thai Navy Seals Facebook page announced: "We are not sure if this is a miracle, science, or what. All the 13 Wild Boars are now out of the cave." 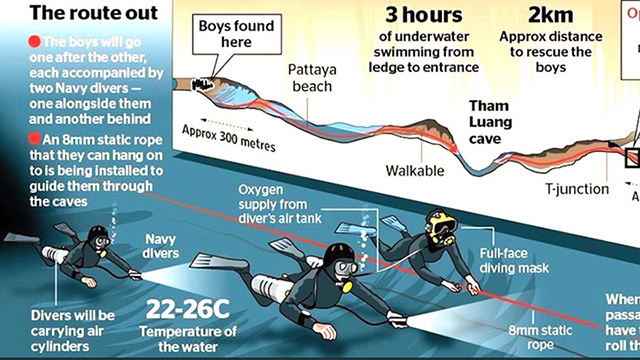 What next for the boys? The first eight boys to be rescued - on Sunday and Monday - are still in hospital but said to be in good mental and physical health, and have now been joined by the four boys and the 25-year-old coach who were rescued on Tuesday. X-rays and blood tests have been ordered, and they will remain under observation in hospital for at least seven days. Their parents have been allowed to see them through a glass window at the hospital, but they are being quarantined. Drinking contaminated water in the cave or being exposed to bird or bat droppings could lead to dangerous infections, experts say.