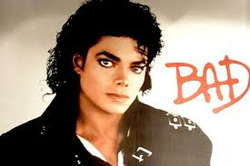 Los Angeles – A lawyer for Michael Jackson’s family blamed a concert promoter for his 2009 death, telling a jury that the company ruthlessly disregarded Jackson’s health as he prepared for a lucrativecomeback tour.

On the opening day of trial in the family’s wrongful death lawsuit, Brian Panish accused AEG Live of choosing to ignore Jackson’s drug problems to push ahead with the `This Is It concert tour’, which could have netted 450 million dollarsin ticket sales.

A lawyer for the company said it had been unable to foresee Jackson’s problems because of a “wall of secrecy'' he built up around his habits.

“AEG, like everyone else, was an outsider. They had no idea. It was going on behind locked doors,'' said attorney Marvin Putnam, according to the Los Angeles Times.

Jackson’s three children and his mother claim that AEG should be held legally responsible for his death because it hired the singer’s doctor, who was allegedly pressured to ignore the pop star’s frailty so as not to derail the concerts.

Cardiologist Conrad Murray is serving a prison term for second-degree manslaughter, after a jury found he had ignored conventional medical practice by giving Jackson the surgical anaesthetic propofil as a sleeping aid.

“You know what AEG’s problem was? They were not number one in the concert business, but they wanted to be. Itdidn’t matter what it took,'' he said.

“AEG had a problem, and they wanted to fix it, and they didn’t care who got lost in the wash.''

The trial is expected to last four months.

No monetary amount has been set in a request for damages, but Jackson’s lawyers are expected to argue that the

star could have earned more than one billion dollars had he survived for his natural life span. (dpa/NAN)