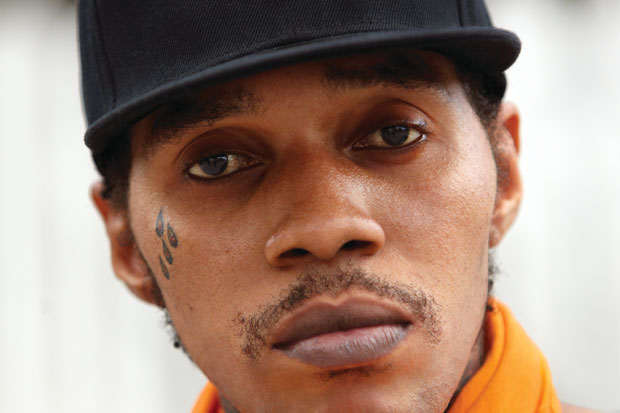 Still no break for Vybz Kartel in his ongoing trial. A judge denied Vybz Kartel bail yesterday in relation to the murder of Clive ‘Lizard’ Williams.

Although Vybz Kartel was granted bail in his other murder charge last year, the dancehall star remains locked up after several unsuccessful attempts by his lawyers to secure bail in his murder charge in Williams’ death.
Vybz Kartel’s lawyer, Valerie Neita Robertson, argued that the deejay should be granted bail because of the numerous delays in the trial.
However, the prosecution opposed the bail citing its strong case against Vybz Kartel.
Vybz Kartel, born Adidja Palmer, along with Shawn Storm Campbell, Calvin ‘Moonie’ Haye, Kahira Jones, Andre St John, and Shane Williams are all charged with the murder of Clive Williams.
Detectives say Williams was murdered over a missing firearm and they have video evidence linking Kartel to the murder.
Vybz Kartel and his co-accused returns to court on May 27.
BP