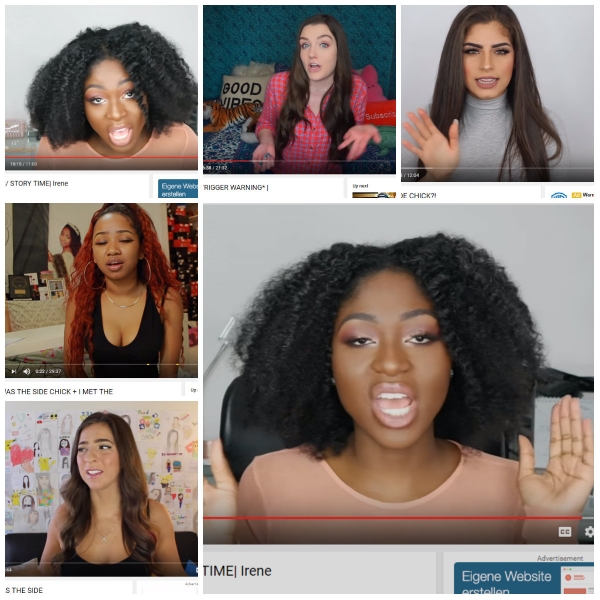 In this internet world, dating is already a hard enough ballgame with the complete takeover of online dating, new ideals of perfection, and the near disappearance of chivalry. Adding to the list of shitty things, but not new to the dating culture, is the act of cheating.

Cheating in itself is already a horrifying experience if you’re the one whose trust was betrayed but when you’re the side chick that didn’t know the person you fell for was committed; the feelings of being cheated are equally as hurtful. A lot of people hate on the side chick or pass blame on to them, but sometimes they’re just as clueless as the partner that got cheated on. These are the painful stages of finding out you’re the woman on the side.1. The force of being blindsided.The initial shock factor of finding out that the object of your affection has another object to his is like having the wind knocked out of you unexpectedly with a silent violence on your emotions. It destroys every daydream you ever had for a future that never existed.

2. Wondering what vibe you gave off that caused you to be chosen.
You start to wonder what it was about you that made you the perfect target to play stand in to their relationship. Were you just in the wrong place at the wrong time, or did he read into you as someone who would play along in his game of charades?

3. Feeling unworthy and full of self-doubt.
What does she have that I don’t? You wonder why you’ve finally found someone you loved spending time with, but he already had someone else before you. You wonder if you had just met him first, things might be different… but they wouldn’t, because he would likely have done the same thing to you eventually.

4. Realizing your trust was broken, too.
You thought he was faithful to you, but the reality is he was unfaithful to her, and that’s a trust he broke between you two, as well.

5. Contemplating whether you should tell the main chick, if she doesn’t already know.
This is when anger starts to penetrate you. You feel guilt over being put in this situation and you feel like the way to be in control again is to come out with the truth. You’ll live in this place for a while, wrestling with if you should or shouldn’t say anything, which only digs into your own pain more.

6. Feeling guilty for no reason. You feel so guilty, like you’re the one in the wrong.
You know you’ll be seen as the villain for being the one he played with, so you self loathe and blame yourself for a while. You need to remember that this isn’t your fault, and you didn’t ask for this.

8. Experiencing incredible amounts of sympathy.
You start to reflect on the horror of the situation in its entirety, including the other person he betrayed, and you feel sorry for her as well. You realize you’re both victims in this situation and the pain you’re feeling is shared.

9. Reaching inevitable defeat and acceptance.
Once the damage sinks in, and you reflect on everything you just went through, you realize you’ve been played and even though you got hurt and you didn’t find the right guy, you weeded out a master sh*t head before it was too late. Sure, it’s going to hurt for a while, but at least you’re no longer wasting time with someone who doesn’t truly appreciate or deserve you. You just know better for next time you gamble your heart.