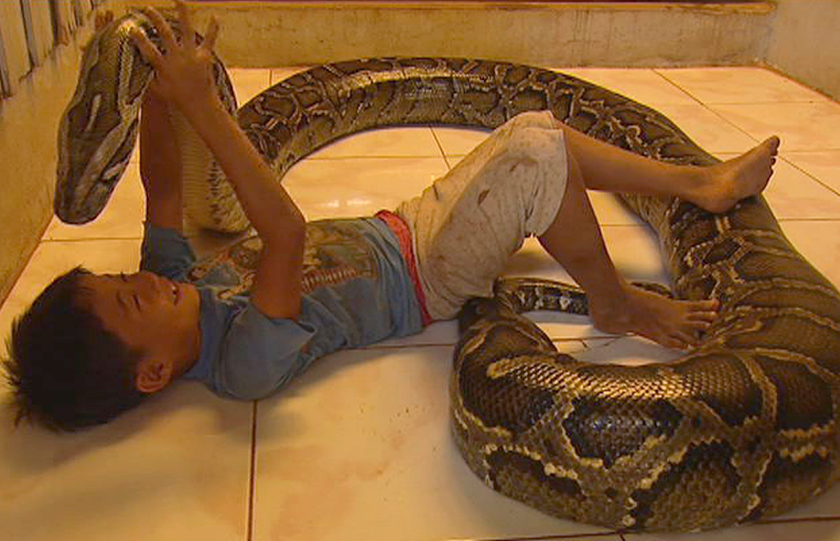 13-year-old Bingzhe from Dongguan, Guangdong Province, has been living and sleeping together with a gigantic python ever since he was a baby.

Bingzhe’s father said that the black python has been a family pet for 19 years, Yangcheng Evening News reported. After Bingzhe was born,

the non-venomous constrictor became the boy’s nanny since both of his parents were busy working.Bingzhe was nine months old when the 20kg python started to sleep in

the same bed with the boy. The unlikely pair has been best friends ever since.

They play and have fun together. And during hot summer nights the snake’s cold body is a natural air conditioner for the boy who likes to use it as a pillow.

The pet python is currently 4-meters long and weighs nearly 100 kilograms – big enough to swallow an adult human. But according to the boy’s father, the constrictor is

very tame and has never hurt anyone.

Bingzhe, who hopes to become an animal expert when he grows up, wishes that as the Year of the Snake nears, people won’t eat as much snake meat...