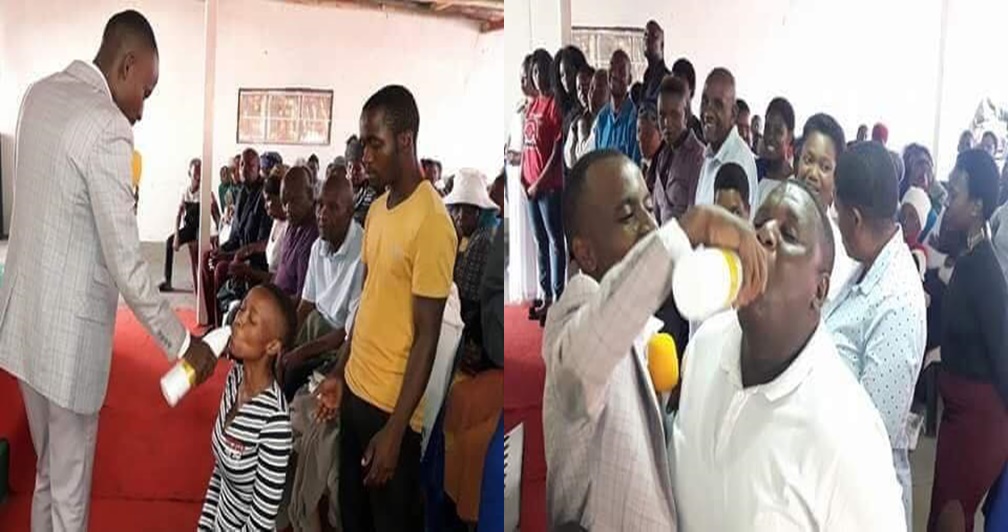 “America and Europe have much stricter laws so you are not as free to treat people because it is so controlled by the FDA. That’s why I work in developing countries,” Robert Baldwin of the Global Healing Christian Mission said of his alleged healing outreach in Uganda where thousands of people including infants are being treated with toxic industrial bleach.

52-year-old Baldwin, an American based in New Jersey, poses as a pastor to effectively and extensively peddle this fraudulent treatment also known as “miracle mineral solution/supplement” or MMS as it is popularly called by about 50,000 Ugandans. MMS is, in fact, chlorine dioxide, a powerful chemical made by mixing sodium chlorite and citric acid, often used in the textile industry.

The Guardian reports that Baldwin, who imports bulk shipments of the chemical from China, has trained over a thousand Ugandan pastors on how to administer MMS to their congregation, an activity that often takes place after Sunday service. The 52-year-old gives smartphones to these committed pastors as incentives for helping him spread his ‘miracle cure’ which he claims heals different diseases including malaria, cancer and HIV/AIDS.

Baldwin said he set up a church so he could distribute MMS under the radar without drawing the attention of the government or drug companies. “When you draw attention to MMS you run the risk of getting in trouble with the government or drug companies. You have to do it low key. That’s why I set it up through the church,” he told Fiona O’Leary, a campaigner against fake medicine who posed as a journalist to interview him.

MMS has been banned in several countries around the world for use as a medical treatment. In the United States, the Food and Drug Administration (FDA) has issued a public warning asking people to stop consuming MMS. Consumers of MMS have turned up with really bad symptoms that can be life-threatening.

Baldwin runs his fraudulent ministry alongside a 25-year-old Briton named Sam Little. Little told the Guardian that he was using his savings to help fund the distribution of MMS in Uganda with a donation of $10,000. He has also invested $30,000 into building an orphanage for about 20 homeless Ugandan children.

Little claims MMS cured a family member of cancer and that made him travel to Africa to conduct more research. A video online shows the 25-year-old conducting a test in a village hospital in Uganda where he was on a mission to prove that malaria could be cured with chlorine dioxide within two hours. Little is also repeating the study on HIV/AIDS patients in Uganda as well.

Like Baldwin, he admitted that such field studies would not be allowed in the UK or US. However, he denied using poor Ugandans as guinea pigs. “It’s not using people as guinea pigs for trials. It’s helping them. We’ve cured loads of people not just for malaria, cancer, HIV, all sorts of things,” he said.

Both the Uganda Ministry of health and the Ugandan ministry of gender and social development, which only recently got wind of the nefarious activities conducted by Baldwin and Little, has begun an investigation into the MMS scandal as well as Little’s planned orphanage. “We are investigating these people’s activities. In the medical profession, you don’t do advertising when you heal people,” a spokesman for the ministry said with regards to Little’s video. An official also stated that they were unaware of any plans for an orphanage.